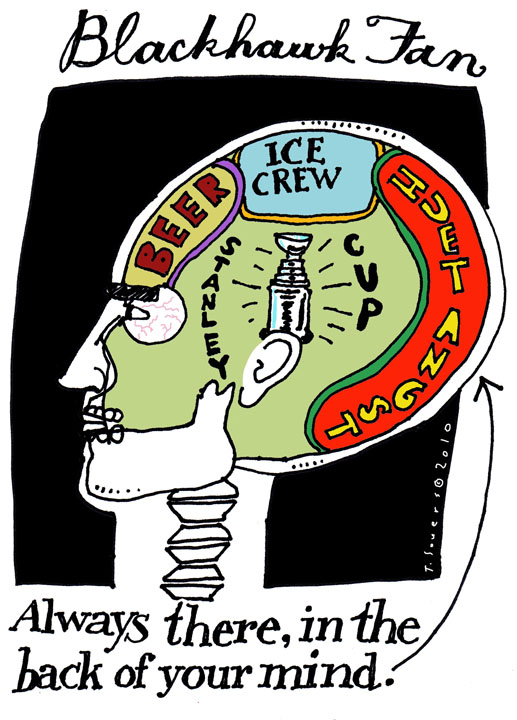 Man, how about them (What about Cristobal Huet?) 1st place Chicago Blackhawks?!!!

They're scoring (Why does Huet) goals like crazy, nobody seems to (give up goals in bunches) have their speed, this could be the most awesome season (like that?) EVER!

Kane and Hossa and Kopecky and Toews and Seabrook and (nobody asked Huet) Keith were all chosen to play for their country's Olympic team!

Yeah, they lost to the Wild last night, but come ON, they've (Huet gave up 4 goals on 7 shots?) been on fire.

I got to go to the 5-2 Hawks win over the Ducks last Sunday - the one where (Antti Niemi was awesome!) Hossa scored twice and Dustin Byfuglien was in a fight only about 20 seconds into the game. Went with my neighbor Gary the Cop who's a HUGE fan, and we had a blast.

Here are some photos: 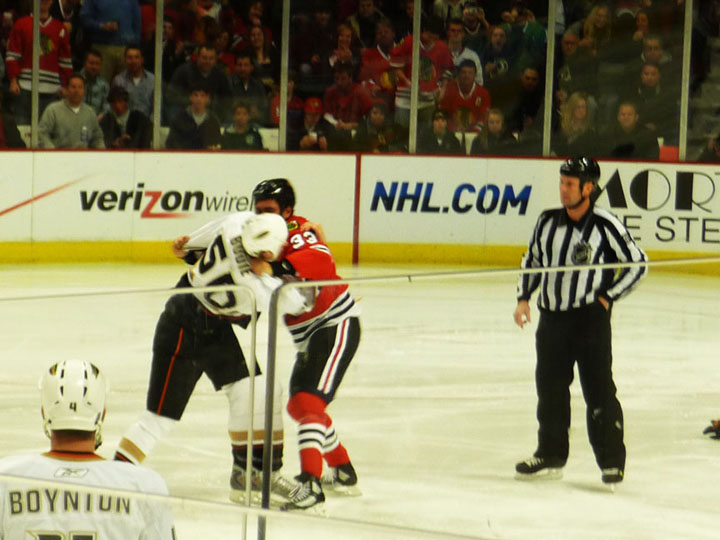 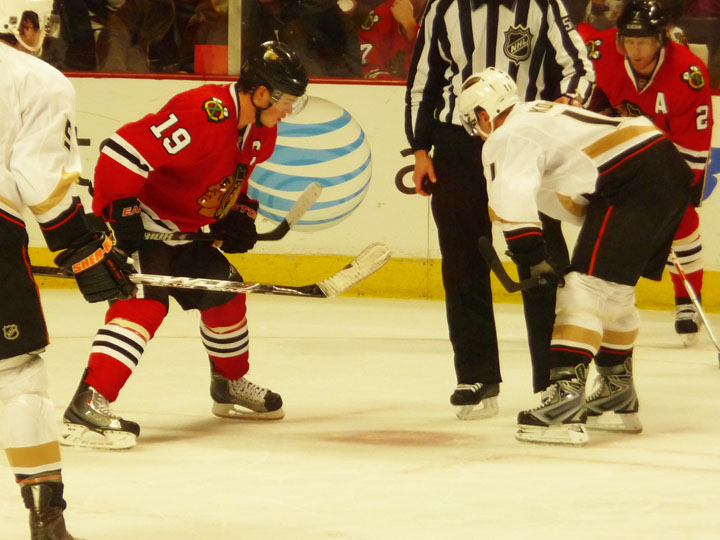 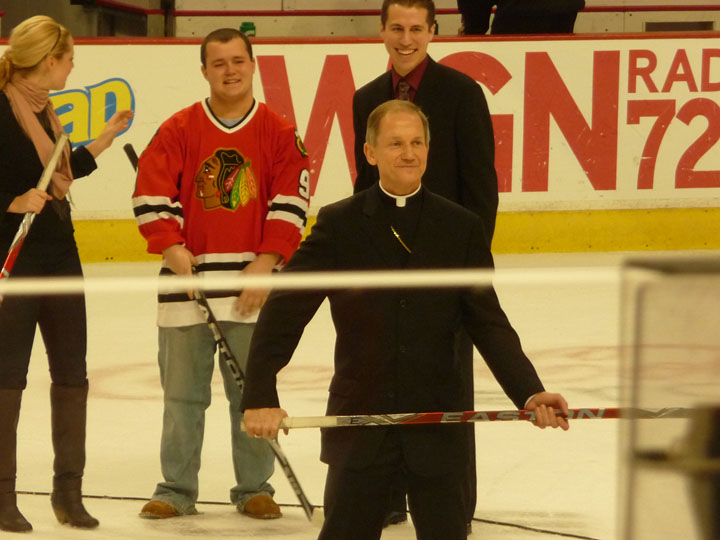 This was one of those "shoot the puck thru the little tiny hole in front of the goal for one million dollars" competitions between periods. For some reason, the announcer said, "Pray that it goes in!" 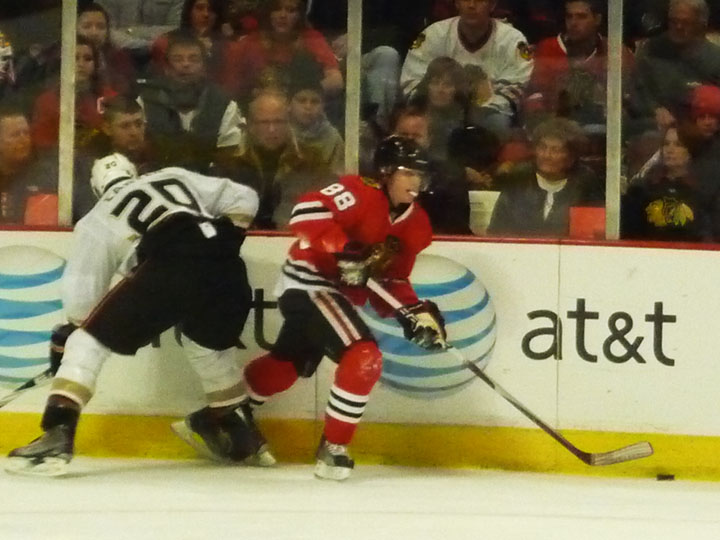 Kane rarely uses his mouthpiece as anything more than a chew-toy. 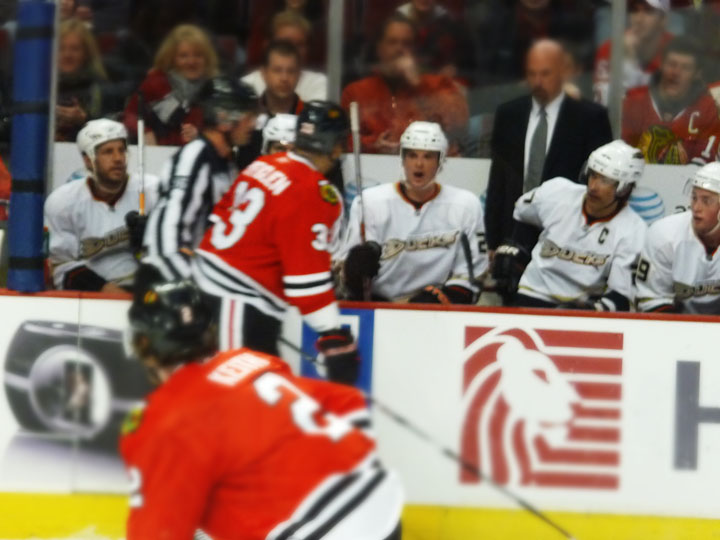 Byfuglien takes every opportunity to be sociable. 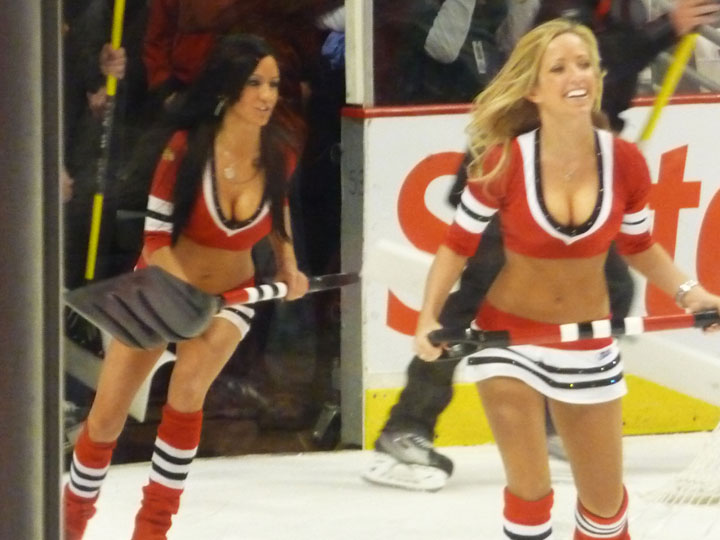 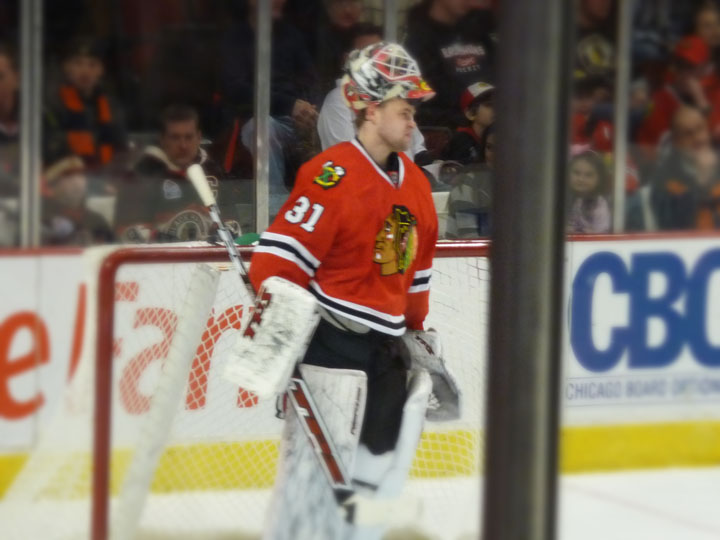 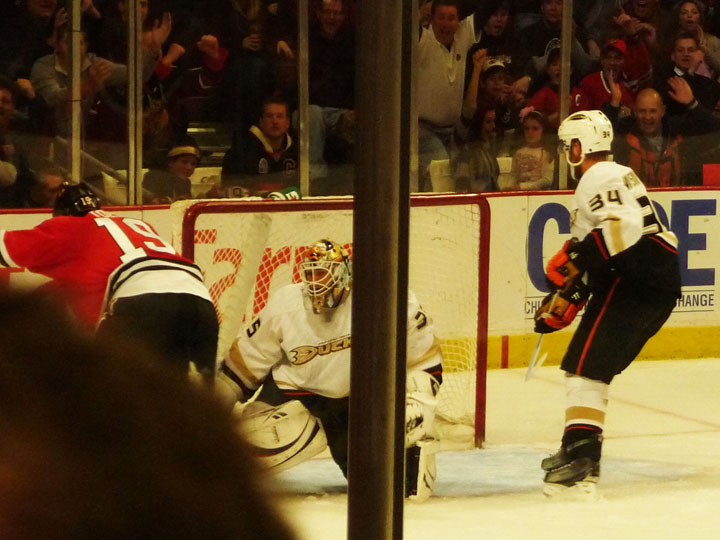 Well, if that guy's head wasn't in the way, you'd see Toews' tip in of Kane's pass, scoring the Hawks' 5th goal of the night.

Anyway, in tandem with Antti Niemi so he gets plenty of rest, I'm sure that Cristobal Huet will (won't he?) be fine.

Welcome to the place, Dayna.
Is that a photo of a Walter Payton figurine of some kind? Because I really like it.
Anyway, this has been going on for awhile now, this Huet Angst.
Whispered mostly.
But it's almost like he's got an on/off switch, and he's not always the guy in control of it.

The outfits on those ice [females] makes my skin crawl.

You don't see guys dressed up [down] in hot pants, g-strings or whatever at female sporting events do you? Thankfully not.

You sound a little bit wound up about this so...
not touchin' this one.

I like to refer to Huet as the Kevin Gregg of the NHL. I much prefer Niemi. Him and his four shut outs of amazing.

Don't get me wrong, Huet and his three shutouts are something Gregg could never do, but giving up a large lead and then ending up losing? Who does that remind you of?

For a second I had forgotten that after all, the Hawks are still a Chicago team. I think they did too. It's not like they should never lose, but what.a.way.to.lose. You know?

LIZZ!
I just went back about 5 posts because I thought you were the second person to refer to Huet as "Kevin Gregg".
Couldn't find it.
But it's a great comparison.
Hopefully, it won't ring so true as the season goes along.

I hope not! He'd been pretty consistent for a while, so hopefully he can come back stronger. I'm still upset that the last time Niemi came in for him against the Stars, he got the loss for giving up ONE goal and not you know, the FOUR that Huet gave up. See? Another Gregg comparison. He'd force the Starting pitcher into a no decision, but HE'D end up with the win. These stats can get really funky sometimes.

Oh no! We're transforming our Cubs Angst into Blackhawks Angst! I don't know if I'm ready for that!