For me, one of the minor-bad things about times like these (rebuilding) is when the team's marketing plays up one of the temporary Cubs like Frank Schwindel, and then this happens.
Shipped off to Iowa.
I mean, I know Frank won't be on the next "contender" Cubs team, but for now, this summer of losing, I'm supposed to like him.
And I do!
He was an amazing bat story last year, and seriously... what a hilarious character.
Until this happens.
Frank's having a rough go of it at the same time the Cubs decided to pick up an underperforming Cleveland Guardian, Franmil Reyes. Franmil has had a big power bat, but this season he kind of lost it.
The Cubs think they might help him get it back.
Makes sense, but I'll miss The Tank and those facial expressions.

Speaking of marketing... Hey look! It's the Field of Dreams Game!
It's like National Oatmeal Day brought to you by Quaker.
This year, it features two teams sporting a combined 89-131 record, our Cubs vs the Reds.
I still can't believe the success of such a weird ploy - I haven't watched a single one yet.
But I will tonight.
All snide-ness aside, it's kinda wild watching some of these new faces in the bullpen.
There's Sean Newcomb with a 9.45 ERA, and Kevin Castro checking in at 19.64.. but there's also Erich Uelman at 3.52 and Anderson Espinoza at 2.84.
Espinoza is 24 years old - I bet he's in Rossy's circle of trust.
And starting tonight will be Drew Smiley vs the Reds' Nick Lodolo.
I wish it were Steele or Stroman or Thompson, but whatever.
I recommend some ribs on the grill and settle down at 6:15 pm and tune into FOX or even better... this kind of nostalgia-esque game seems like a perfect Pat Hughes vehicle.
Get out your transistor.

You'll notice that I've hardly been posting this summer, and that's because I"ve been out of my mind painting, making prints, matting, and framing all kinds of art for the Bucktown Arts Fest.
Sorry.
But if you're in town August 27th or 28th, stop by my tent and say hi.
I probably won't have that Frank the Tank painting up (it's kind of too big for my tent), but still there's a ton of Cubs art.
And this is just a sneak peek into the future, but next summer there's a remote chance I'll try for a job at Wrigley.
Maybe one of those people helping you find your seat or something.
Haven't really thought it through, but if I do it, there's surely gonna be some fun stories.
HEY YOU KIDS! YOU CAN'T BE IN THE FRONT ROW LIKE THAT... LET ME SEE THOSE TICKETS!

Last thing.
I did get to go golfing for the first time in years.
Don't you hate when you swing too hard and there's that guy in your foursome WAY better than you who says, "Let the club do the work." 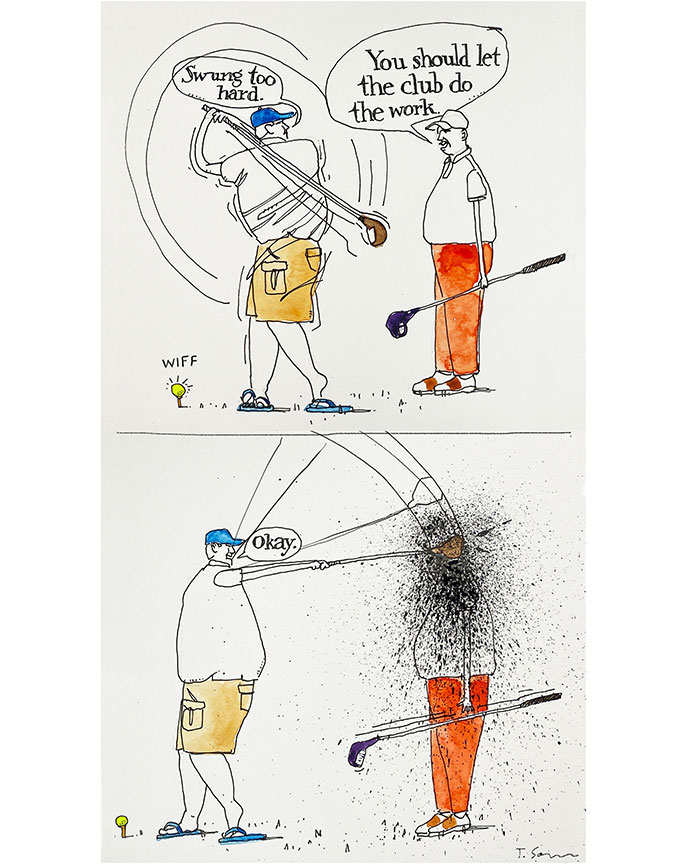