Here's hoping Jed Hoyer's got a clear vision for the future. 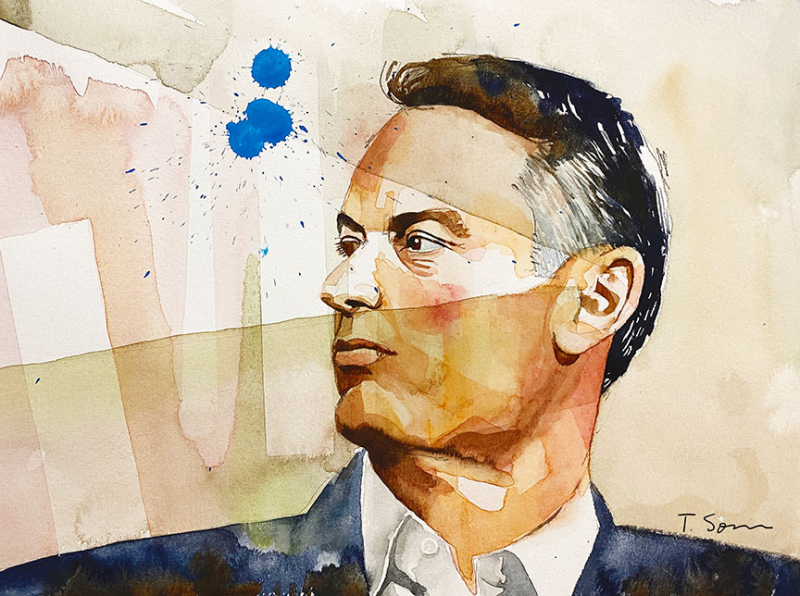 Trying to remember a time when so many teams were incomplete at the same time. It's furious/crazy time identifying and signing players right now, and the Cubs are in the thick of it.

Jed Hoyer.. he snuck in a couple pitching biggies just before the owner's lockdown with Marcus Stroman and Wade Miley.
The before and after look at the starting staff with just those moves... isn't small.
Then I guess either a new starting shortstop or the latest version of Daniel Descalso with the Andrelton Simmons signing.
The Cub starters are still overall off-speed control guys, and having stellar gloves behind them is really important so signing a 4-time Gold Glover makes sense even if the guy's not Correa.
We've gotten no indication from management that the Cubs are all in this season anyway, so to see them pass on what'll be the biggest contract doesn't surprise me at all.
Then again, so far this ain't 2012 all over again, just filling holes with zombies like Blake DeWitt, because they just signed the best player in Japanese ball, Seiya Suzuki.
From Bleacher Report: "He has been one of the best players in NPB since making his debut in 2013. The 27-year-old has a .315/.414/.570 slash line with 182 homers and 82 stolen bases in 902 career NPB games with the Hiroshima Toyo Carp. He was named to the NPB All-Star team five times in the past six seasons."
Yeah there's a knee jerk reaction - a Fukudome Flashback, but if you're not excited about Suzuki, I can't help you.

Meanwhile...
Ex-captain Anthony Rizzo will continue (2 years, $32mil) to be a Yankee.
Yes it's a sentimental bummer, but: A) he's a good fit there and B) the new Cub Chapter started last year.

Trade Rumors tells us Kyle Schwarber will be (almost) a $20 mil/year lefty slugger in Philadelphia for the next 4 years.

It would be crazy weird if Kris Bryant signed there as well, but it appears right now that it's the Phils or Rockies for KB.

And Javy Baez is a Tiger.

If any of these guys ever sat near me at my fav Portage Park restaurant, Community Tavern, I'd offer to buy dinner. And I'll root for them forever.

Okay that's all I got.
Except WHEN WILL THIS MOVIE END?

And lastly, I don't really pray, but I do for Ukraine, their people, and Volodymyr Zelenskyy. 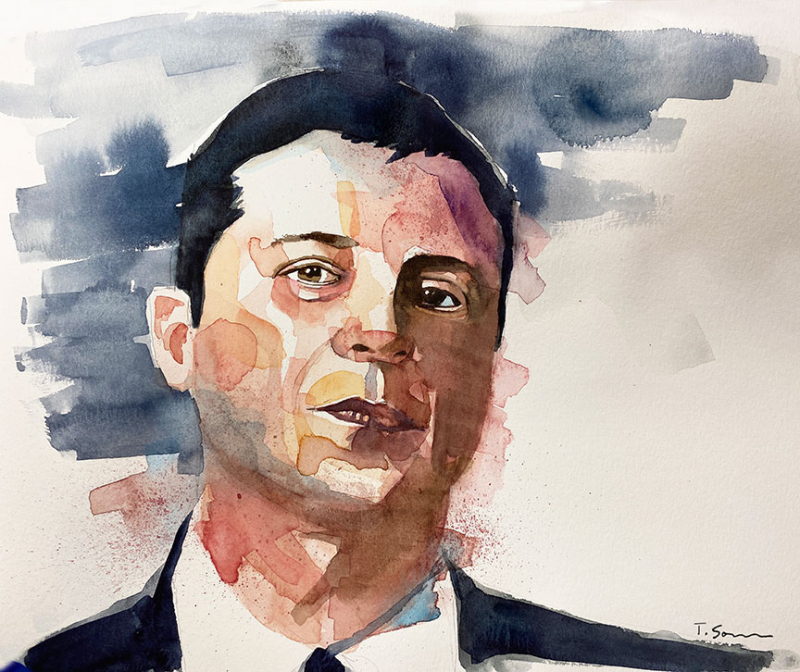 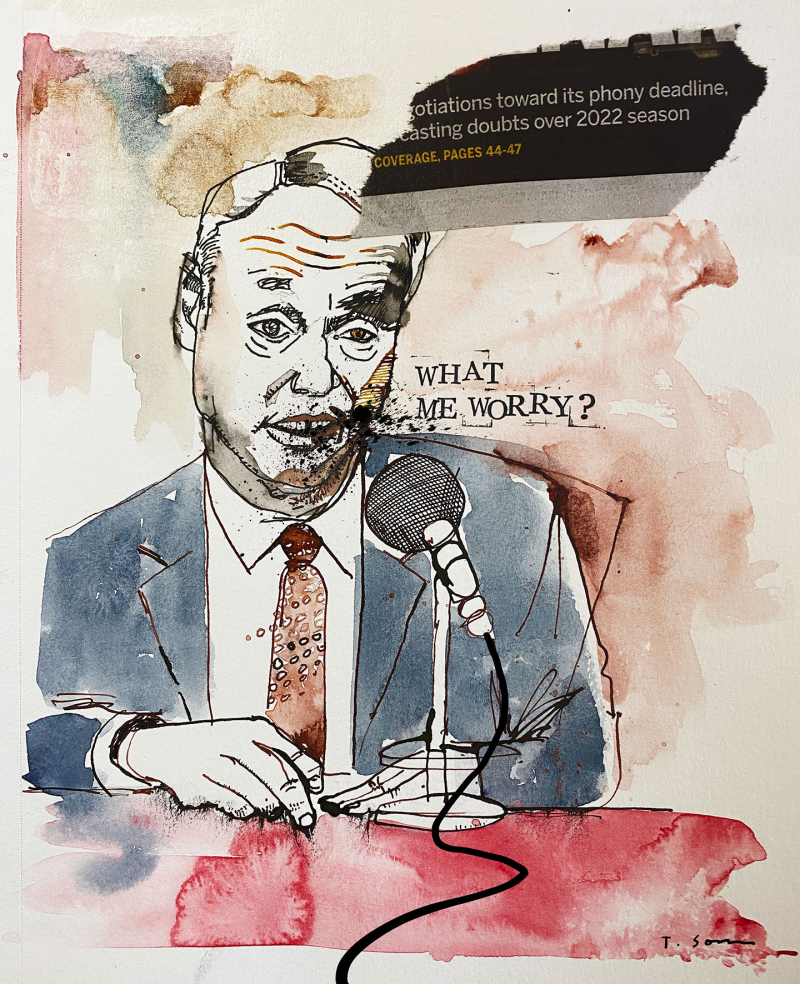 I have one of those mini wooden baseball bats they used to give away at Wrigley before someone realized they might chuck it at a Met outfielder.
It's about 18" long, a small baton.
And my brain feels like somebody whacked my brain with it for 99 straight days.
Not enough to kill me, but enough to inflict some permanent damage.
Unlike the previous dustups between owners and players, I think the players did a pretty good job of shifting the view of themselves from spoiled young men playing a children's game for millions of dollars, to a larger group of people who've invested most of their lives in a short-ish career that can pay really well if you're elite.
And if you weren't elite - someone more like Patrick Wisdom or Frank the Tank - all those years you put in learning to play the game at your highest level while not really learning anything else, well... it was your choice but when it's all over you're certainly not on any rich list.

It's not a fair comp, but Andre Dawson is a freaking mortician.

I took the side of the players.
But that doesn't mean I actually paid attention to the miles of nothing happening until the end.
Now the only thing I know for sure is in 5 years this may happen all over again.
WHACK. WHACK. WHACK.

Well there are a couple things, actually.
The season starts on April 7.
Pitchers won't bat, unless your name is Shohei Ohtani.
12 teams in the playoffs.
Stuff to check tanking, stuff to stop teams from Kris Bryanting players (service time manipulation), stuff to keep teams from shuttling players back and forth to the minors, and some interesting stuff perhaps coming later.
There's a 45 day window for more rule changes to take effect next year like no shift (YES!), pitch clock (WHATEVER!), and... larger bases (WHAT?).
Nothing really that I"ve seen about robot umps but I can't imagine that not happening at some point sooner than later.

Whatever, I guess now we do what we're supposed to.
What we've historically done - forget that little collective bargaining argument because right now players are on planes hauling ass to Spring Training.
Can you have a Pitchers and Catchers Report Day without all those guys actually being there yet?

I cancelled my MLBTV account, but shortly after they sent me a note:
"Dear Timothy,
Major League Baseball Advanced Media has extended your subscription. Your next renewal date is March 21."
Like that creepy bartender in The Shining.
"Your money's no good here, Mr. Torrance."
I get to drink for free!
Wait, don't I try to kill my family and die in a frozen maze?
Guess I'll see in 10 days.
In the meantime, prepare for Baseball Transaction Crazy Town Time.
I think the Cubs need a DH or something...