No I do not want the Bears to lose.
I'm sure you don't, either.
But I do hope that Bears' ownership makes some drastic, meaningful and needed changes in their management. 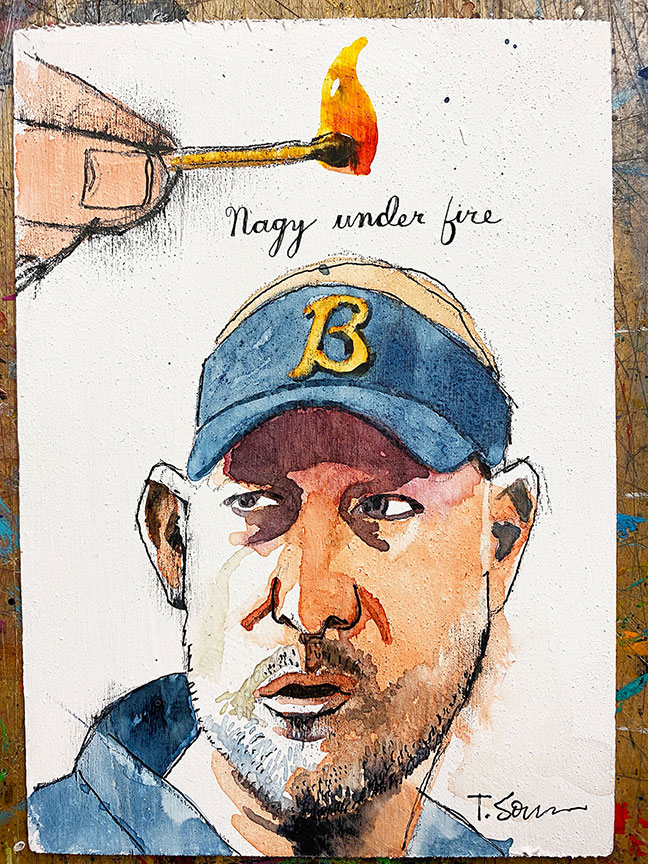 I was out by the grill listening to the Score the other night and.. remember when a rumor was going around that Matt Nagy would be fired after the Thanksgiving game? And Nagy himself had to deny it, and finally George McCaskey let it be known that that wasn't the case?
When I was listening to the radio, I think it was Dan Bernstein who said what a "coward" (he used that word) Ryan Pace was to not say anything.
That the General Manager of the Chicago Bears would just let that rumor fly around without defending the guy he hired.
Cannot disagree with that statement.
At all.
There's also been a whole season's worth of crap around Aaron Rodgers that I don't want to get into right now, but there's also the "I own you" thing.
Which inspired me to do this: 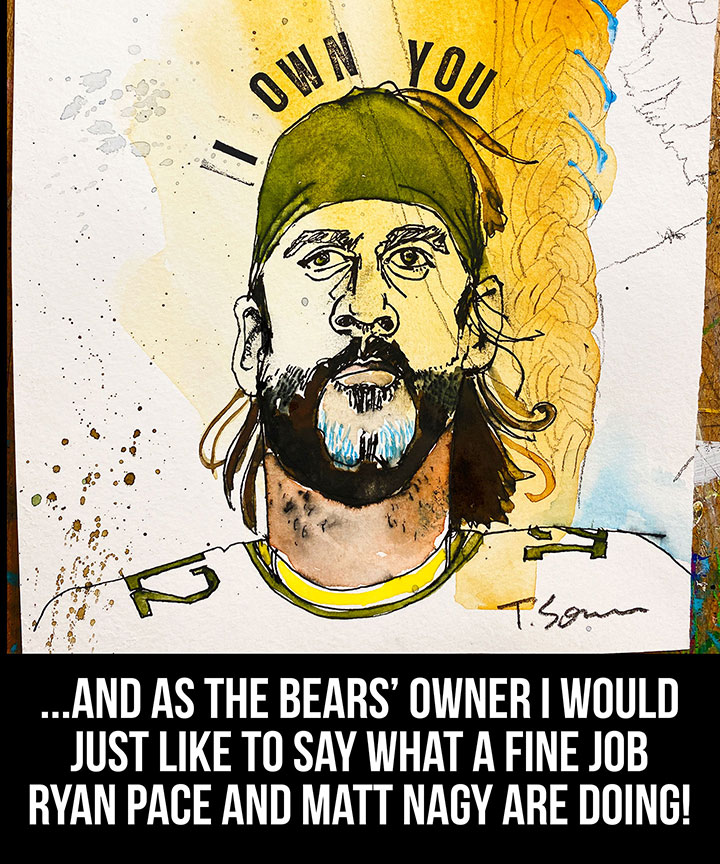 Ahhh.
Got that out of my system.

Okay, Justin Fields is starting tonight, which is good because I just don't want to watch Andy Dalton, who I feel nothing but pity for.
May the Football Gods create some kind of miracle Sunday night, and the Bears actually pull a victory out of Green Bay.
And I will try to let this be my last negative post about the Bears.

Because there's a whole lockout to talk about.

But also on the plus side... Marcus Stroman.
I have a Met fan buddy who says we're going to love watching him.
And Jed Hoyer, well that was a pretty smooth thing to pull off.