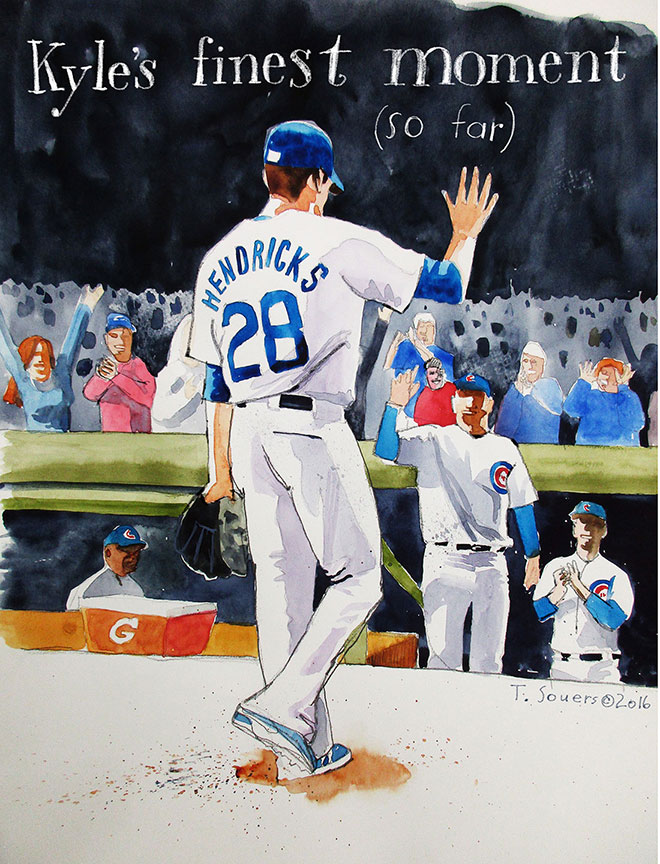 Remember?
Kyle Hendricks vs Clayton Kershaw at Wrigley Field in game 6 of the 2016 NLCS.
Kershaw's ERA was 1.69 while Hendricks was at 2.13, and Kershaw's fastball about 5MPH faster than Kyle's.
But The Professor was in an incredible zone and went 7.1 innings and gave up 2 dinky singles and no runs, and my painting above shows him walking off the field in true aw shucks Hendricks Form with the timid wave.
When I look at the team in it's current state, my biggest hope would be that he heals from the shoulder thing and finds his old Professor ways.
That guy... this last year had be just so incredibly difficult, and yet after every performance he stood in front of the camera and answered all the questions in the exact same manner he answered them in 2016.
Love that guy.

It's really weird but I think I've watched more playoff games this year than any I can remember, and it's all because some of my favorite players are now scattered around out there.
I'm sure you saw Kyle Schwarber's deafening 488 footer off old buddy Yu Darvish. And since I can't look at the Padres without thinking of Steve Garvey and his smirky jerk face in 1984, I WANT THE PHILLIES TO WIN and old Schwarbs to be a giant hero.
They play game 3 tonight in Philly, tied at a game apiece.

While down in Houston, Captain Anthony Rizzo hit a 2-outed, full counted, choked-up dinger in game one, a classic shot.
But the Yankees are down 0 games to 2.
I guess I'll just never get over hating the Astros and leave it at that.
So MAY A MIRACLE happen in NY and the Yanks win the next 3 at home.
And... one more thing about Rizzo.
I could be wrong, but I swear his demeanor is waaaay more Yankee-ish now.
Like, you could just feel how much fun he was having when he was a Cub, and now it's just serious.
Almost grim.
Whatever, I hope he's a big part of a big comeback.

What else?
A miracle happened and both my kids came to visit from their different parts of the country.
We decided to take a beautiful drive to see all the fall colors and go pick apples at an orchard.
It looked like this: 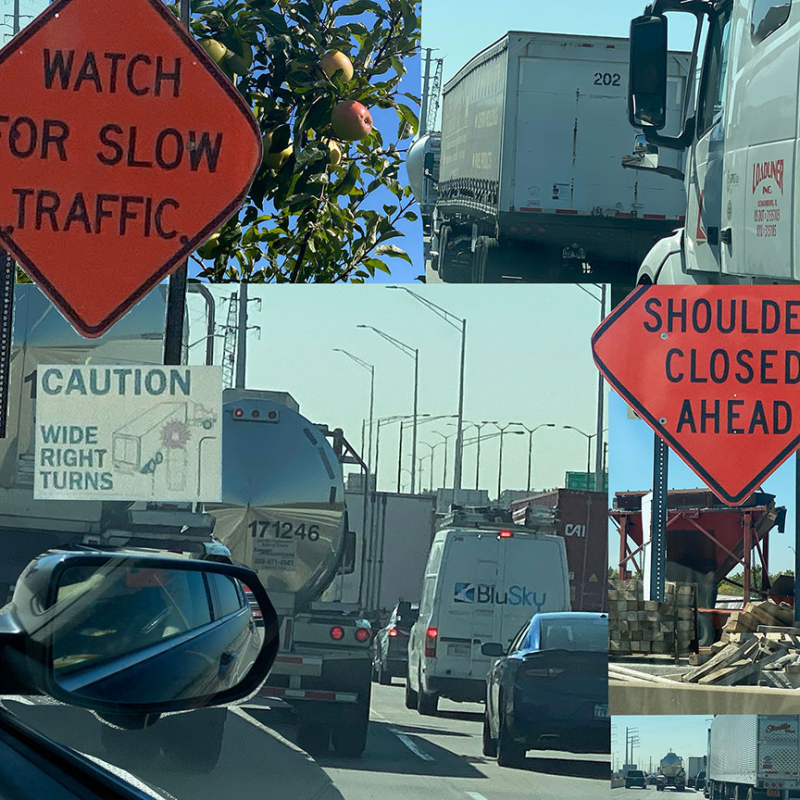