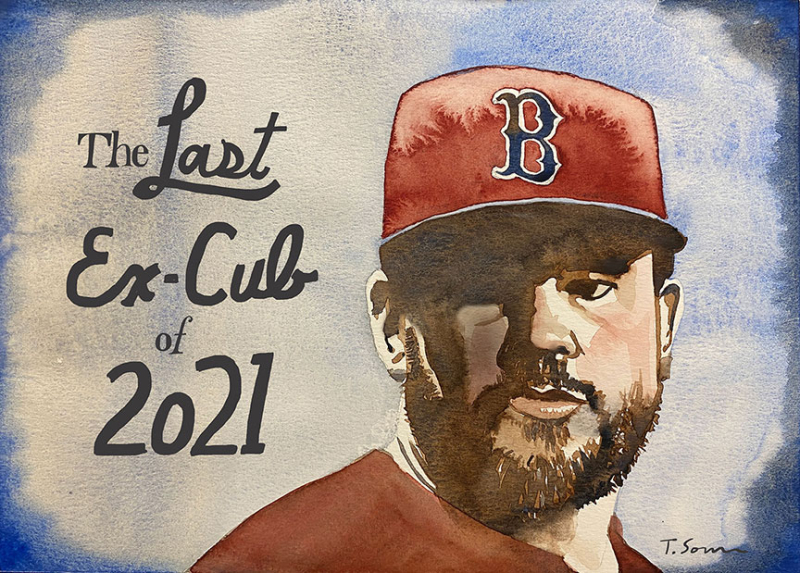 Kris Bryant's Giants lost game 5 to the Dodgers.
Anthony Rizzo's Yankees lost the wildcard to Schwarber's Red Sox.
I kinda think Craig Kimbrel may be a dirty word on the South Side, and he and Ryan Tepera's White Sox looked.. not real good against the Astros.
So of all the Post Season Playing Ex-Cubs, Kyle Schwarber is the last one standing.
At first base for the Red Sox, by the way.
(If you missed the game vs the Rays where he made an error early, and later in the game made a successful toss to a pitcher covering the bag resulting in a mini-celebration from Kyle on the field, watch it here because it's soooo awesome and funny.)
You know, he had that absolutely incredible June and won Player of the Month.
Then a hammie interrupts the streak.
He's an All-Star, but only gets to limp around and not play.
THEN he gets traded to the Red Sox at the deadline and now he's playing first, currently playoff-hitting .292 with a couple dingers.
That's a CRAZY head spinning season for him.
And now the Sox are down a game to the freaking Astros, who I would desperately like to see disappear.
Hear that, Boston?
DO YOUR JOB.
If they can take one in Houston tonight, that would be a good start.

The Dodgers won game 5 over the Giants by not starting a starter, but rather a lineup of astonishing pitching talent beginning with Corey Knebel, ending with Max Scherzer, and then Julio Urias going 4 in the middle there along with a couple other guys going 1.
6 pitchers striking out 13, giving up 6 hits and one run over 9.
The Giants on the other hand started with a starter, 24 year old Logan Webb, who goes 7 innings and gives up just 4 hits and 1 run.
Against the stacked Dodgers, that's incredible.
Such a great performance and I was heartbroken when Bellinger knocked in Turner for the winning run in the top of the 9th.
KB went 2 for 4 and got HOSED by an erratic home plate ump Doug Eddings.
Whatever.
Dodgers 2 Giants 1.

And now it'll be Dodgers vs Braves starting tonight.
Joc Pederson is still playing for the Braves, but I kinda think of him as just having a cup of coffee with the Cubs.
And while it would be nice if the Braves could somehow beat Los Angeles, I just kinda doubt it.

But overall you watch these games and imagine how far the Cubs need to come to be competitive in that world again.
Miles.

Oh well.
In the meantime, I'll watch these games and paint.
Here's a couple...
The Green Mill is where the Cool Cats hang out. 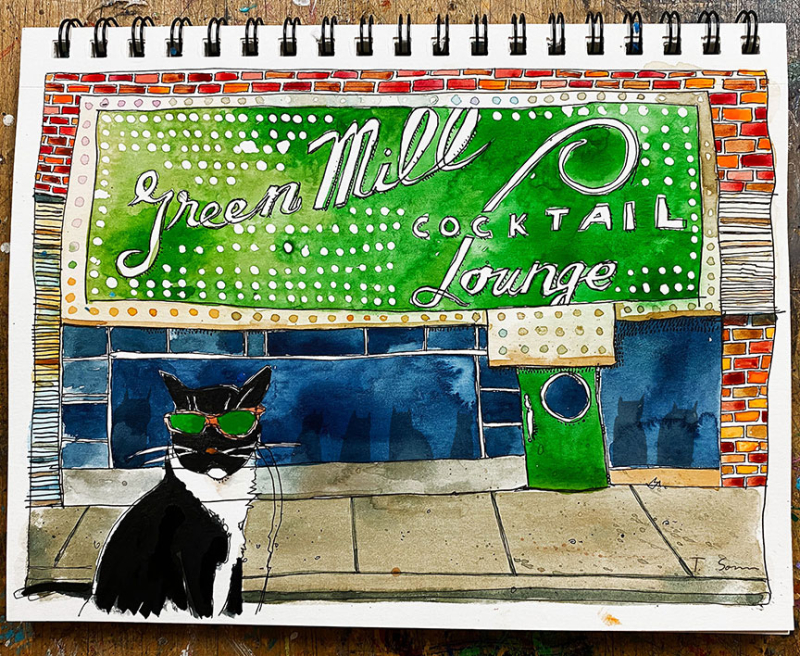 And if you hadn't noticed, this is the most irritating month because EVERYTHING IS PUMPKIN. 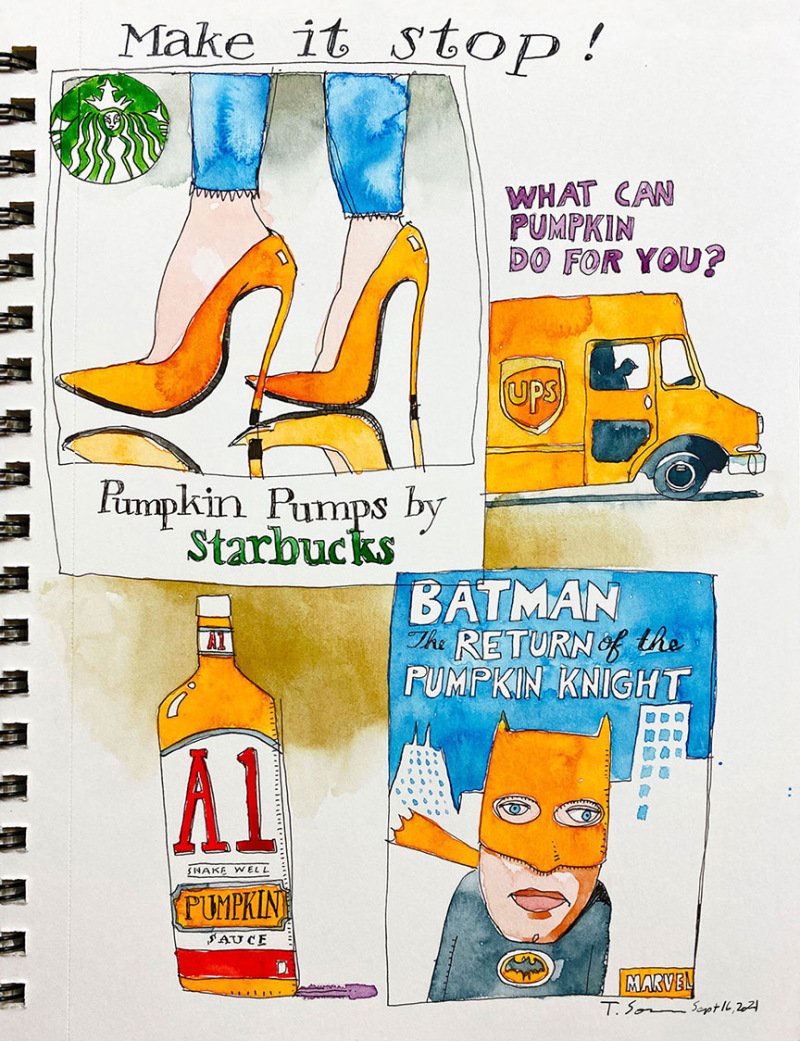 Have a great weekend and Go Kyle Schwarber!

Oh my God! That's the first I've seen or heard of Kyle's celebration! HA! That was great!!!! Thank-you!

Schwarber may be my all time favorite Cub. Nice painting!

Boston won the second game and now will be playing at home. I've never shared your feelings toward the Astros, but I've moved in your direction in recent years.