Cubs' Michael Hermosillo out for the season. 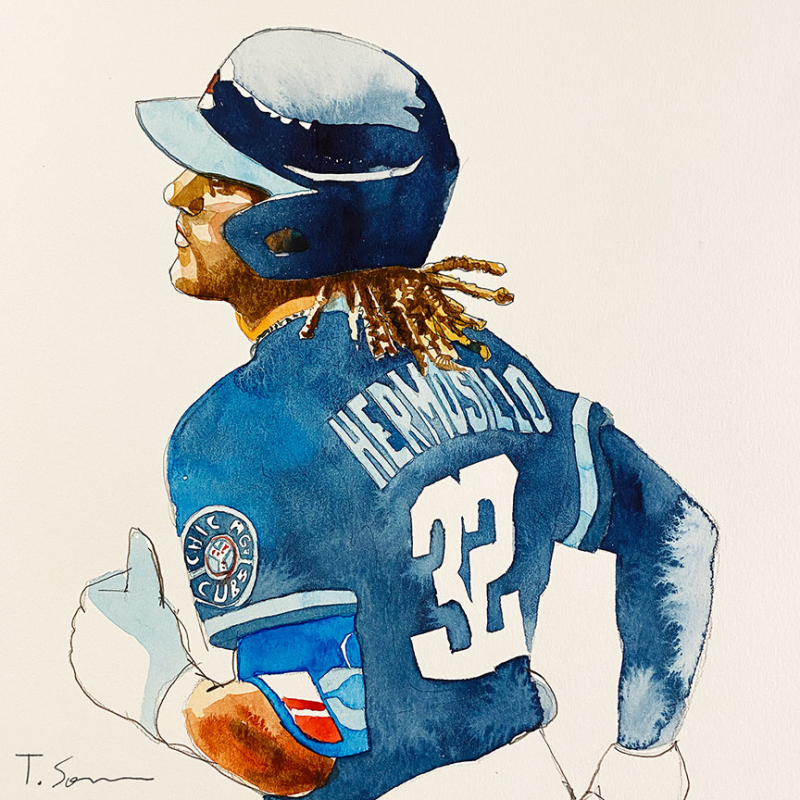 Dang.
This guy was one of the newbs I was hoping to see more of.
Michael Hermosillo went on the IL with a forearm strain and is out for the season.
Surely you've seen what a HUGE hometown guy he is, and how much he loves the Cubs and just putting on the uni was so special for him.
Everyone was pulling for the guy, just so likable and possibly talented.
I mean, I liked what I saw.
Anyway, in a season full of bummers, this is another one.
As Lou used to say, "What can you do, fellas?"
Maybe let him stick?

On another note, the Cubs beat Cincinnati last night and are 8-2 in their last 10.
Jason Heyward with the extra inning walkoff long ball.
Nobody wants to play the Cubs.
Not even Kris Bryant, who'll be in the wrong dugout tomorrow at 1:20 afternoon.
He'll be returning to Wrigley Field for the last time this season, playing any number of positions for the Giants in a weekend 3-gamer.
Emotion much?
This is gonna be super weird.
And sad.
And if the Cubs lose because of some Bryant heroics?
Honestly... I like him so much and dislike the Dodgers so much it wouldn't bug me at all.
Don't hate me.
It's the honesty of the 2021 season.

Gotta run.
And Hermosillo if you read this, I hope you're around next year, bud.
Go Cubs.