It's next man up for the Cubs. 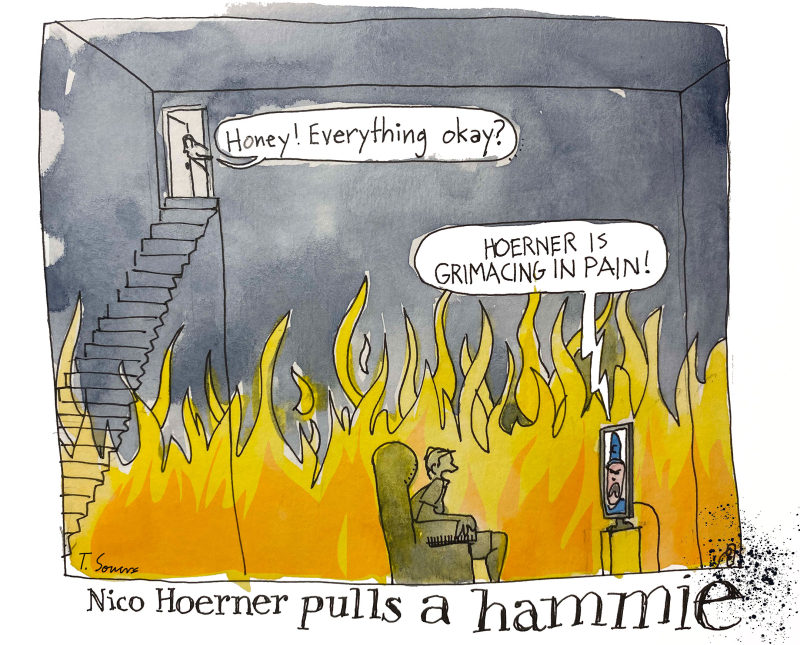 Man, this is getting dire.
I mean, we can all think how lucky we are that Willy didn't come away with a busted wrist the other day, but...
Jake Marisnick, Jason Heyward, Matt Duffy, Justin Steele, and now Nico Hoerner.
All on the IL (which, if you pronounce out loud is exactly how I feel).
We still don't know how bad the Hoerner hammie is, but he appeared to be in that kind of pain that stretches all the skin on your face.
And some stuff we know but not really.
Like we know Anthony Rizzo took time for his back and he's back, but how much that is lingering we don't know.
Apparently Duffy had been playing with a bad back, too.
Marisnick somewhat, but definitely Duffy and Hoerner - those have been the guys hitting for contact.
The guys sort of screwing up opposing pitchers.
This "next man up" has become a popular baseball saying, but damn man... it's getting old.

The good part is the Cubs won and as of this minute the standings look like so:

The Cubs are bringing up Rafael Ortega, an outfielder, to take Hoerner's place since he's now on the 10-day.
There's a bunch of stuff going on right now as the Cubs scramble to whack the injury mole.
Be sure to watch tonight and you'll get all caught up.

Last thing.
If you watched last night, Pirates Adam Frazier went down getting out of the way of a pitch, and Boog Sciambi did a quick Howard Cosell imitation of this famous Cosell call:

I fell down laughing.