Cubs: In Duffy We Trusty 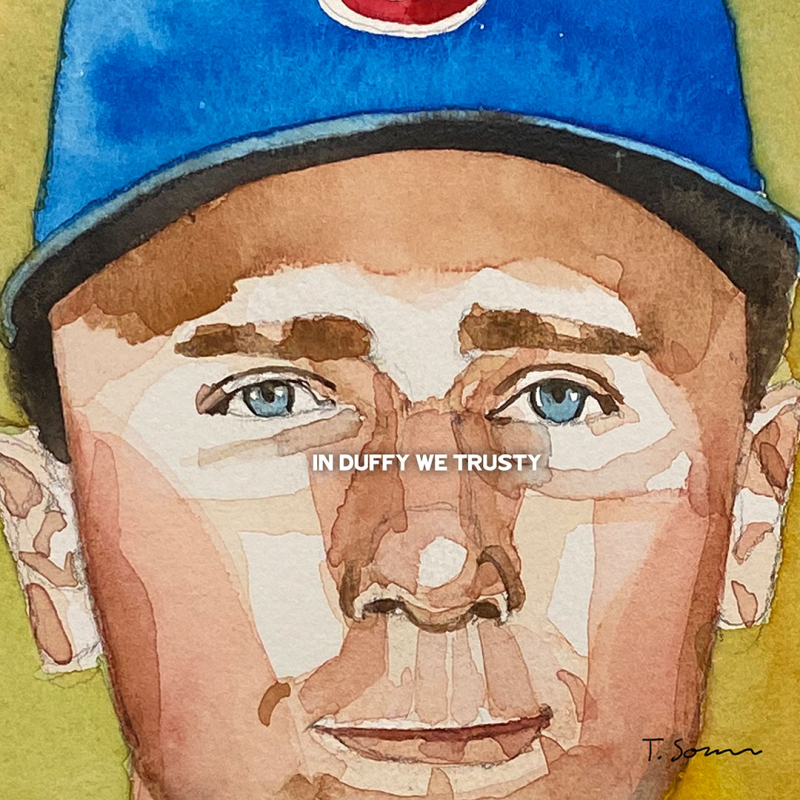 Matt Duffy - the tall backup 3rd baseman who made the Cubs roster by having "quality at bats" (from Rossy) - that guy is good.
He seems to always be in the middle of all the scoring.
Lets go backwards a week, starting with last night's performance in the Cubs' (I HATE the word "epic" but whatever) epic 6-5 doubleU in 11 innings over the Dodgers.
This game starts with just a fantastic pitching duel between Adbert Alzolay and Walker Buehler.
(And btw, Alzolay is something to treasure this year and hopefully many to come.)
Duffy gets the first hit off Buehler, a double, after Buehler had struck out the first 6 in a row.
Then he singles in the 5th and scores on Jake Marisnick's dinger.
A walk and a K in the 7th and 9th.
He singles in the 11th off Garrett Cleavinger, driving in Willy Contreras.
Steals 2nd and scores the winning run on Rizzo's single.
Cubs win.

In the doubleheader's Hendricks Game, he singles off Kershaw in the first and scores on Bote's bases-clearing double.
In the Happ/Hoerner Collision game, he doubles off Tyler Mahle on a count that went from 0-2 to 3-2 to double.
Then he scored on Hoerner's homer.
In the 6-8 Jake loss vs the Reds, Duffy singles off Wade Miley on an 0-2 count and scores on Hoerner's grounder.
In that 9-3 blowout win over the Reds last Thursday, he singled in the first, moved to 3rd on a Bryant single and Baez grounder and then scored on a Bryse Wilson balk.

That is exactly the kind of bat the Cubs have seemed to be looking for, doesn't it?
Ever since '17?
A lineup loaded with home run guys, but this Duffy guy, he gets on base and gets knocked in.
I think that's called "baseball".

Anyway, an impossible Cub sweep of the World Series Champion Los Angeles Dodgers.
A month ago, I said we'd know about all we need to know about this Cubs team right now, after this Dodger series.
And you know what? I lied.
Or maybe not - they just don't seem to be defined yet as winners or losers, but rather as Anthony Rizzo described them after last night's game (I got it from here):
"Honestly, we're just riding the roller coaster right now," Rizzo said. "We're up and down, up and down, up and down. When we're down, we keep fighting to get back up. And when we're up, we just keep grinding. I think for weeks now we've been showing on offense we're gonna keep coming back."

He nailed it.
And so far it's made for some really low lows where the dog in your Cubs Soul just howls in pain, but also the feeling you and I are experiencing right now after this Dodger sweep.
It's a day off and man I'm gonna clean the garage and whistle while I work.
Because I'M SO FREAKING HAPPY RIGHT NOW.

And in case you couldn't tell, a huge fan of Matt Duffy.
And if you're just too dang young to remember, the Cubs used to have this manager named Dusty Baker.
When he came to Chicago, there was great rejoicing among Cub Fans.
And someone came up with this saying (it's still being used, only in Houston): 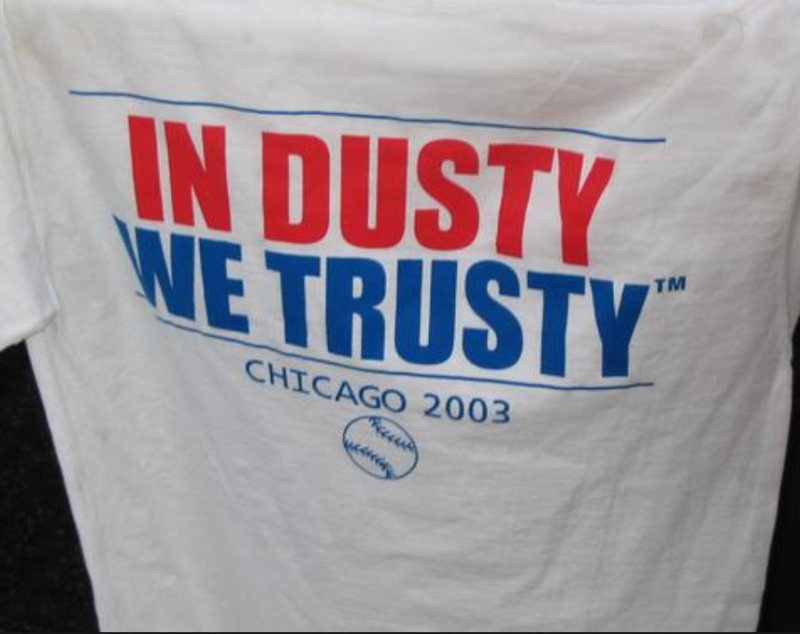 So the rhyme ain't perfect with Duffy, but the intent is.
Go Cubs.

And he got the winning RBI on Saturday!

He’s kind of in fire. He better be, with Marisnick out.

Because he is in Dusty but we trusty.

Hi Garden Deco. Sometimes spell check "fixes" what you type and changes the intent of what you were posting. I can't quite make out what you mean there, but thanks for commenting!