« Cubs: In Duffy We Trusty | Main | Joc Pederson may be getting hot. » 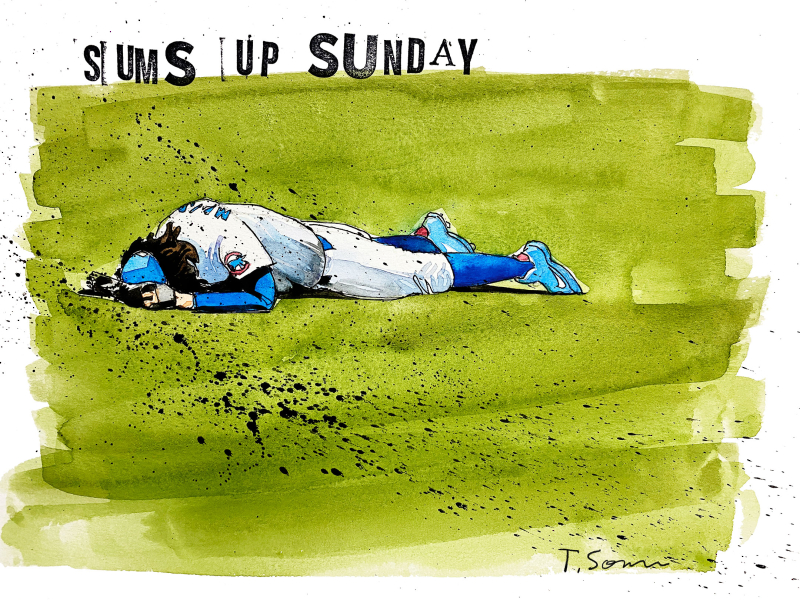 Started right off the bat, as they say.
Kyle Hendricks took 34 pitches to get thru the entire 9-Pirate lineup in the first inning, which included clown bloops, seeing eye singles, a Jake Marisnick injury, an error, and 4 Pirate runs.
A horror show.
The luck of the dire-ish.
J.D. was joking about exit velocity on combined Pirate hits being less than Hendricks' fastball.
One time I was walking across the DuSable (Michigan Avenue) bridge, and coming towards me was a delivery guy carrying a giant portfolio - one of those black 3' x 4' fake leather flat cases that ad people used to use to carry storyboards.
About halfway across the bridge, a gust of wind caught the portfolio and blew it into the river.
The delivery guy watched it splash, thought for a second, turned around and walked back.
I assumed home.
Which is what the Cubs should have done, because it was one of those days.
Tyler Anderson, with his weirdo jerky-pause delivery, held the Cubs to 4 hits and 2 runs through 8.
The expectation was... different than that.
It got quite interesting in the bottom of the 9th, when the Cubs had Rizzo on 3rd and Bryant on first and one out before Pittsburgh brought in their stopper, Richard Rodriguez.
That guy's supposed to be unhittable, so the Cubs pinch hit Nick Martini.
He's slashing... oh wait. He's 0 for this year.
Unbelievably, Martini fouls off 5 straight strikes, then takes 3 straight balls, another foul and... what's going on here?
Whoops, I forgot it's not the Cubs' day.
He strikes out.
Joc Pederson, who's playing because of the Marisnick hammy, singles - driving in Rizzo and moving Bryant to 3rd.
Then Ildemaro Vargas, who's playing because Nico Hoerner is on the IL and Javy Baez has a stiff back, steps up to the plate and incredibly smacks a double that scores 2 more.
Now the Cubs are down one with the tying run on 2nd.
Baez pinch hits here, works it to a full count, fouls off 2 more before grounding out.
Just to hammer the theme here, I was listening to Pat and Ron, parked at Jewel for the entire last inning, waiting to go buy fancy dinner stuff because I forgot it was Mother's Day and I was in big trouble.

The Cub winning streak ends at 5, which is still impossible because sweeping the Dodgers.
Today's an off day, 2 in Cleveland, a day off, then 3 in Detroit.
Beat the teams you're supposed to, Cubs.
Even with Hoerner, Happ, and Marisnick out, Baez with the stiff back, a hand thing happening with Heyward, and maybe Jake Arrieta back somewhere in this group of games.
Then it's the Nats at Wrigley, which also means homecoming for Lester and Schwarber.
Go Cubs.

Lastly... don't worry! I got back in good graces around here with this: 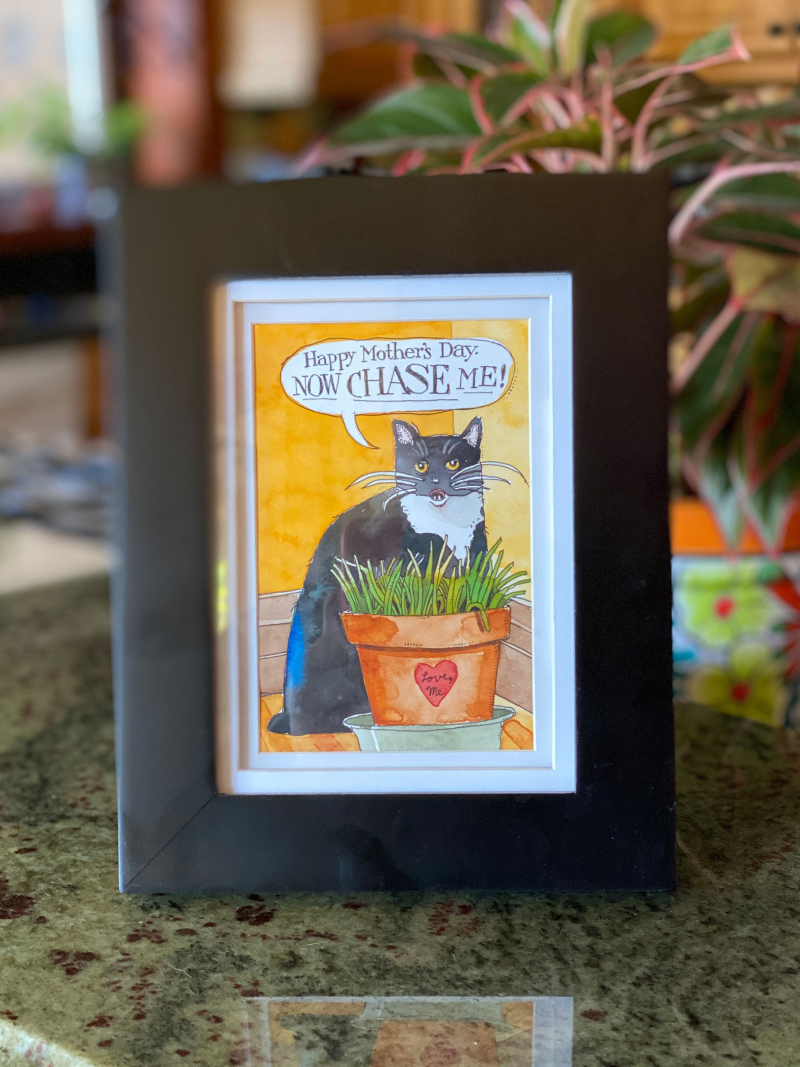