Dodgers win pennant! Hopefully that's all we remember from the Covid Season.

Rays manager Kevin Cash had you, me and the entire country FREAKING OUT about pulling Blake Snell after he gave up a single in the 6th.
The Rays were up 1-0 on Randy Arozarena's 1st inning homer, then basically we watched a bunch of strikeouts.
Snell had had his way with the Dodgers all night giving up only one hit, and then on only his 73rd pitch, #9 batter Austin Barnes hits a single and Cash pulls him.
Twitter is a mean place, and if you looked last night it was just so bad for Cash.
Noah Syndergaard, in a polite tweet, said "So who gets to pull the manager? #WorldSeries".
Because then Cash brings in Nick Anderson, and in a couple minutes he gives up a double to Mookie Betts, Barnes moves to 3rd. Wild pitch, Barnes scores and Betts to third. Corey Seager hits a grounder to first, Betts scores from third and now it's 2-1 Dodgers.

People are SEETHING about the Cash move...
I watch til the end.
Mookie hits an insurance homer, and the Rays... none of 'em can touch Julio Urias for the rest of the game and it ends Dodgers 3 Rays 1.
But THE STORY is Kevin Cash and his bad move.
Then, right before I turn off the tube, some talking head says hey, remember when they pulled Justin Turner from the game in the 8th?
It was because he tested positive for Covid!
What? Crazy.
I go to bed.
Wake up and now THE STORY is Justin Turner.
I just googled "World Series" and here's a screenshot of the "top stories": 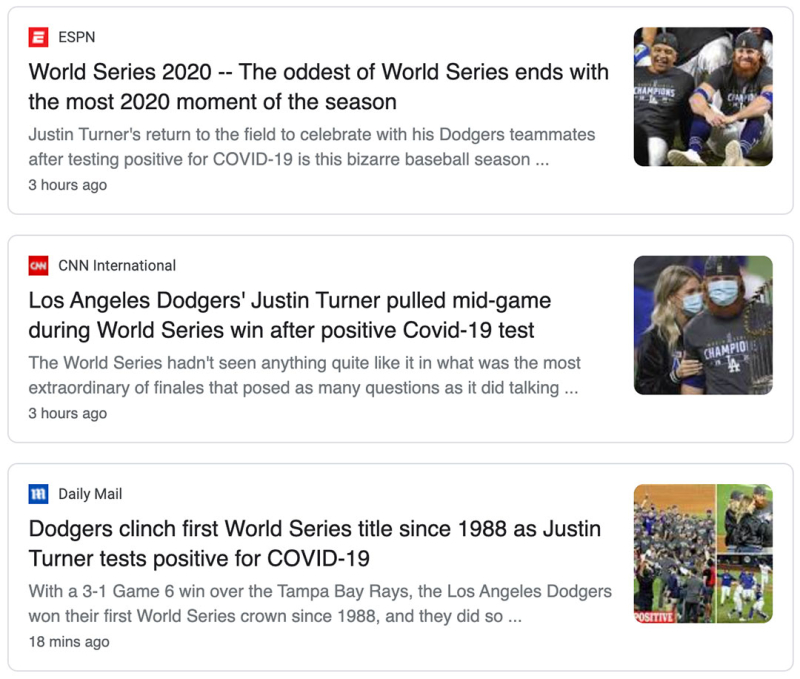 I was imagining headlines like, "Dodgers win, nobody wants Cash back!" or "CASH WASN'T MONEY!" or something like that.
Instead, it's Turner's positive test.
And now that story's gonna hang around until testing's over, and we have to hope that nobody who was on the field comes down with it.
We don't need to remember this season because of something Covid-awful.

I guessed wrong and did a painting of Mookie last night: 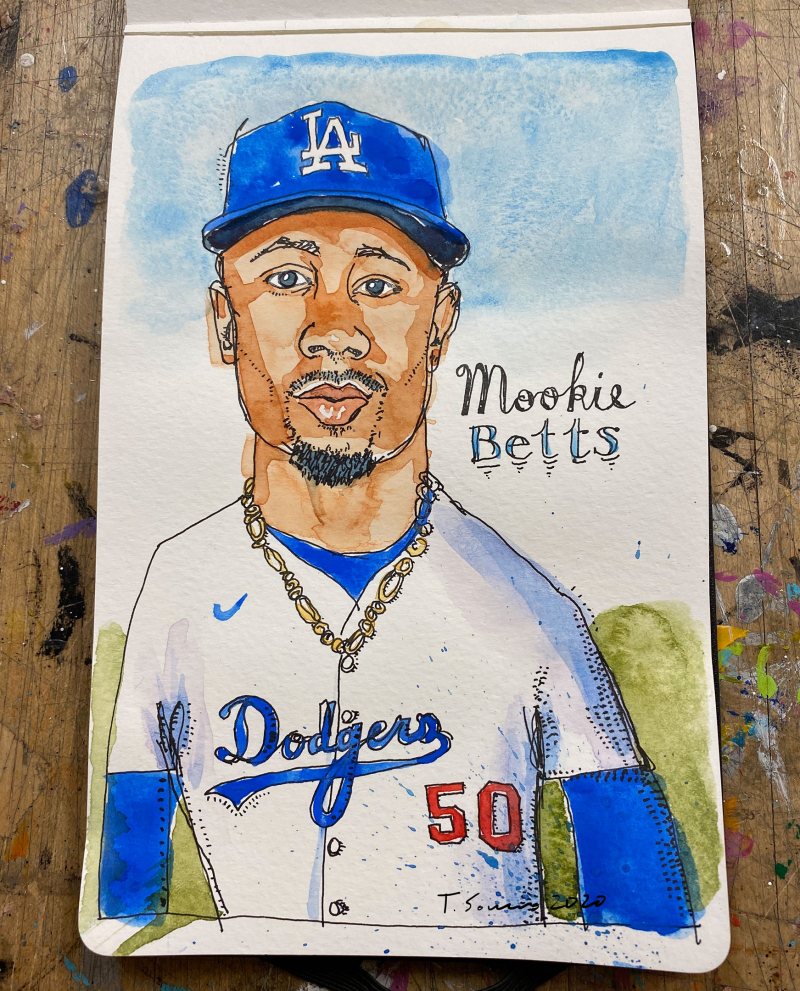 I figured he'd steal the show and he did kinda with his bat and base running - when he went home on the grounder to first... really breathtaking.

And what now?
Just looking at the Dodgers and all their weapons compared to the Cubs... The Dodgers get to look at each of the upcoming seasons like they're gonna win the World Series, while the Cubs have to hope they get in the playoffs and "anything can happen".
That's a big difference, but such is life.

Lastly, they gave the World Series MVP to Corey Seager.
But in a perverse sort of "Time Magazine's Person of the Year" way, I'd give that MVP to Covid. 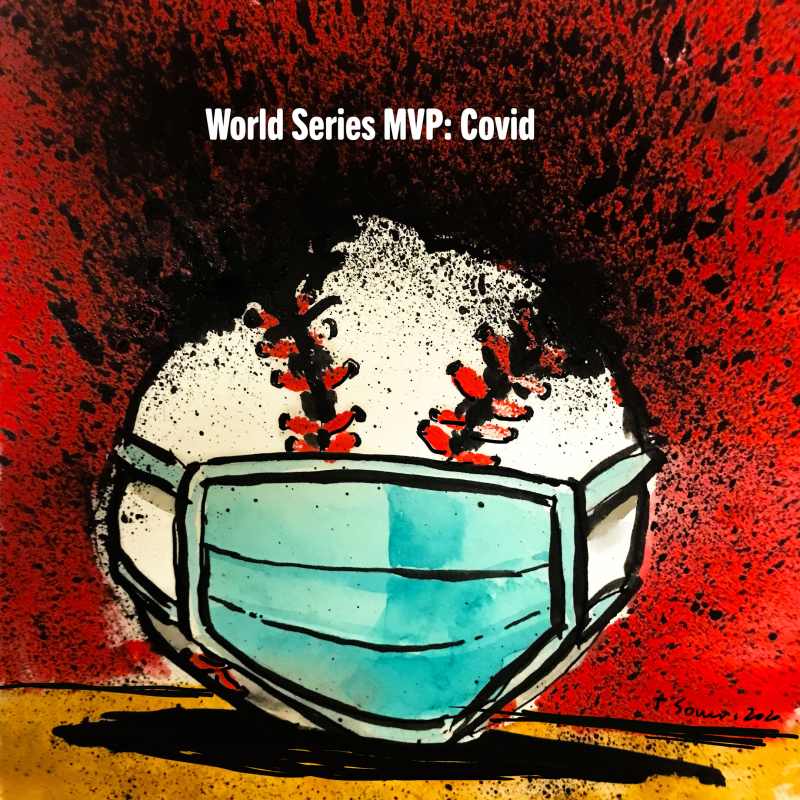