Bryant comes back, smacks a salami. Was it the chain? 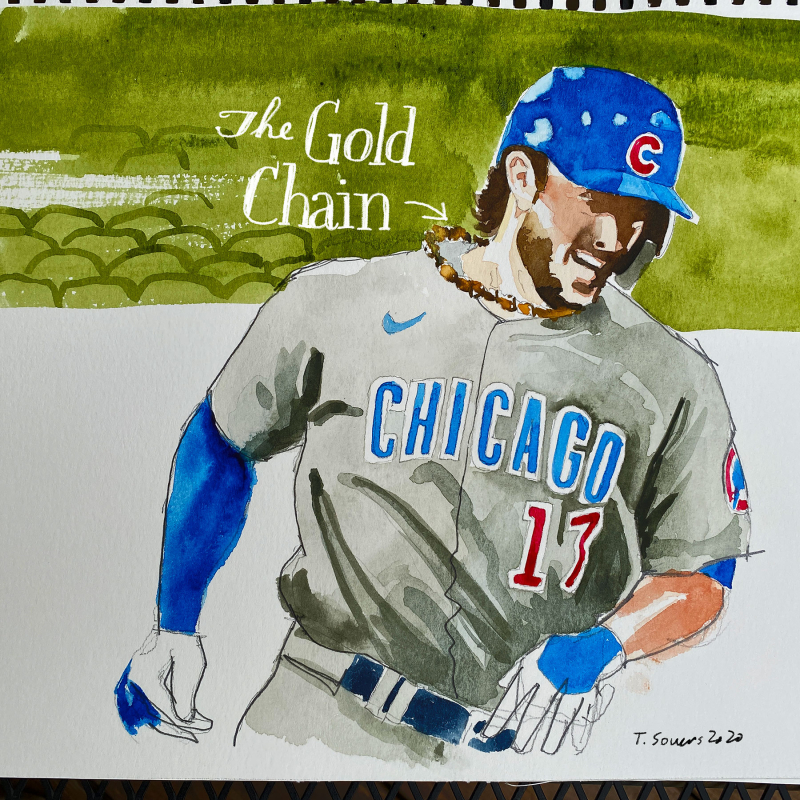 Oh, you know the story, right?
The gold chains thing?
They belong to Mike Nopoli, and yesterday Anthony Rizzo talked Kris Bryant into wearing them (I only saw one online, but maybe two).
Rizzo asked, "Do you trust me?"
Bryant did, then hit a single and a GRAND SLAM!
So freaking cool, and yeah they lost the game but I don't care.
They won the Central, so how's that?
After the game, Bryant was asked about all the heat he's been taking on Twitter and... kinda everywhere.
"I don't give a shit," was the answer.
I mean, I root for everybody on this team, but I REALLY am pulling for Bryant.
I keep telling people - how can you not love this guy he's a DREAM employee.
Yeah it's been an injury-filled less than ideal season but... ahhh we'll talk about that later.

Okay so real quick, yesterday the White Sox had this kid come in, Garrett Crochet.
He pitched 2 innings of a hundred MPH ball.
He's also... kinda new.
"Crochet technically had no professional experience when he debuted on Sept.18, but he had spent two months at the White Sox alternate site in Schaumburg." (from The Athletic)
In one shortened season, they brought him all the way up.

Today, the Cubs brought up their prized prospect, Brailyn Marquez.
"Marquez hasn’t pitched above the Class-A level. He has struck out 287 in 257 minor-league innings with a 3.19 ERA." (From The Trib)
So maybe the kid gets a look today.
Must watch.