« Bryant comes back, smacks a salami. Was it the chain? | Main | Cubs angst in the playoffs. »

A couple Cubs Wild Cards in their deck: Hamilton and Alzolay. Billy Hamilton.
In the little time we've seen him as a Cub, and of course remembering his days with the Reds... this guy is a living terror on the base paths.
You saw him steal home vs the Sox just last week.
The wreckage he can do to an opposing pitcher's head just by being on base is.. there's no stat for that but you know what I'm talking about.
Ian Happ and Kris Bryant are both freaky fast, but Hamilton is another dimension COMPLETELY, and I think that before the Cubs are done he'll do something WILD. 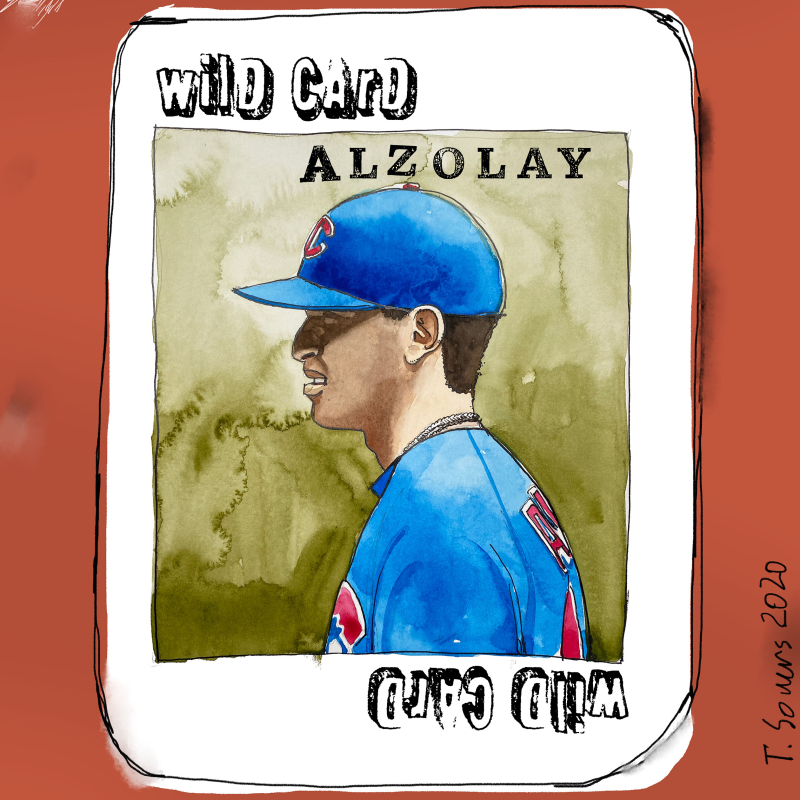 What happened to Adbert Alzolay?
One week he was kind of predictably average.
Then he came up with a new pitch.
This from a Jordan Bastain tweet: "After the game tonight, Adbert said he tweaked the grip in the past 10 days. Closer to cutter grip. Needed more velo separation off curve. So the slider tonight was a “new” pitch. @statcast game log should have it updated soon."

Brett Taylor at Bleacher Nation wrote a great piece about seeing it for the first time.

His game is completely changed.
If you were watching, and I bet you were, didn't you see a new confident demeanor from Alzolay?
And didn't you feel it yourself?
That's why I think Alzolay will also do something WILD in these playoffs.

Okay, it's the Marlins.
They've never lost a playoff series in their entire relatively young history, and I was at the NLCS game seven 17 years ago when Kerry Wood and the Cubs lost 6-9.
It was so brutal.
And a little payback would be very, very nice.
Kyle Hendricks is on the mound today at 1 Chicago time.
I'm making ribs, wish I could invite you all over.
GO CUBS!!!