« So... how does the "crowd noise" work at Wrigley Field? | Main | It's Opening Day, Cub Fans. The impossible is happening. »

Rizzo's back. He and Lester both look ready. 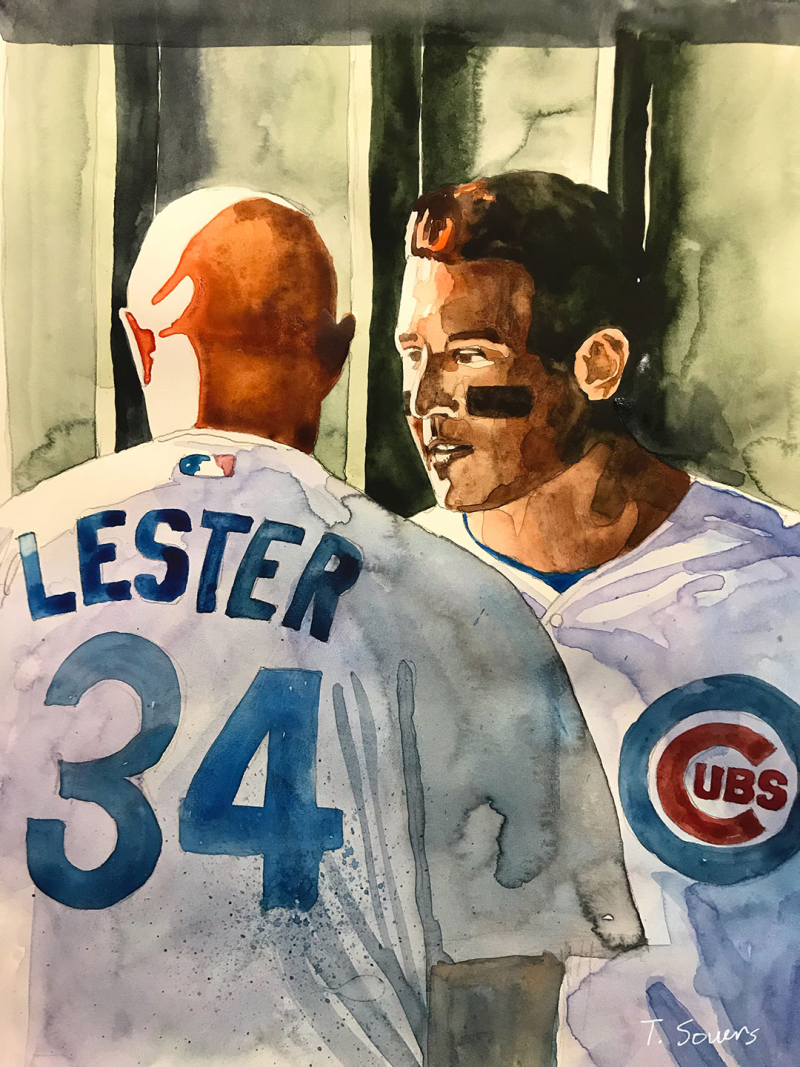 Jon Lester and Anthony Rizzo both started last night, and what a pleasure to see them.
Lester looked crafty and in command.
The Twins' lineup is loaded with boppers and Lester held 'em to 1 run and 4 hits in 4.1 innings - I think Ross pulled him at 60 pitches.
But wouldn't it be amazing if Lester turns out to be more of a weapon this year?
What made me SO happy, however, was the return of Anthony Rizzo.
Each year, he deals with back issues and that can't feel good. And remember the last time we saw him playing in a baseball game against another team, his ankle looked like this: 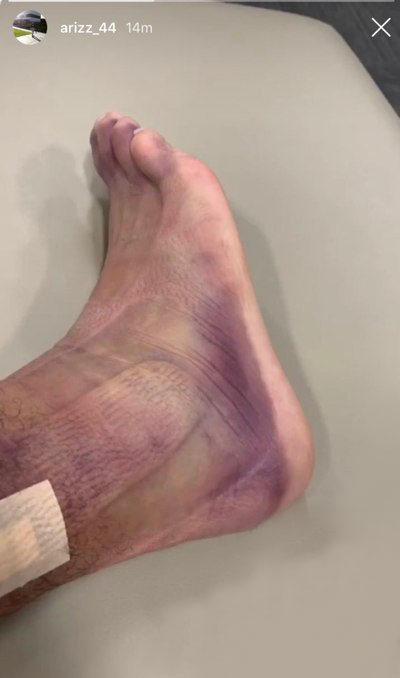 HURL!
Tough guy, Anthony.
So he comes in last night, gets a couple strikes and chokes up to smack one out of the park off Homer Bailey.
Homer didn't have a good day but whatever, it was about time in this teensy "spring" that we got to see some Cubs bat action.
Kris Bryant was scratched before the game with a back issue (Ross said that had this been regular season, he'd have played so hopefully that's nothin'), and there was the tease of Ian Happ looking like the legit leadoff guy.
He led off with a single, scores on Rizzo's homer, and also had 2 walks.
He's continuing his crazy hot "spring" which we've seen before, and it didn't really translate into the regular season but oh man... what if he did?
I mean, I'm excited about Bryant leading off because... okay he's sort of the last guy to try it and nobody else has succeeded, but just saying if Happ stayed hot and you had Happ/Bryant/Rizzo/El Mago/Schwarber/Contreras?
Damn.
That should be all kindsa trouble.
Also Willson Contreras with a wind aided homer and a mashed monster way out above the windows in center field.
(Did you see that graphic thingy with all the arrows of "wind" to show where the non-wind-aided hit would have landed, and where it did land with the wind helping? I can't wait for the day when they just have computer generated players so it can look even MORE like a video game. That would be SO AWESOME!)
Mark Grace (who earlier had dazzled with something like: "he's a two way threat both with the bat AND with the glove" description of Rizzo), said that he'd never seen even Andre Dawson hit one as hard as that 2nd Willie homer.
So there was alot of good yesterday, but also not so good.
Dillon Maples, I absolutely love the guy because of his insane stuff. But his lack of control combined with the new "must face 3 batters" rule... I think if you're David Ross you have to prepare for the worst with him, which would be 3 guys get on without hitting the ball. He struck out 2 for the 2 outs he was credited with, but I believe he also had 3 wild pitches/passed balls. One pitch was supposed to be a fastball in and was a foot and a half out. So, I don't know... what do you do with that guy?
Duane Underwood, on the other hand, looks like he's found himself and could become a real asset.

Okay, never told you this, but I'm no longer a full-time ad guy.
Now I'm freelancing advertising, illustration and just plain art (commissions, etc).
While advertising was totally a full-time thing, it was predictable.
Freelancing is totally unpredictable.
Nothing's going on then you get a call, you're in a meeting the next day and then it's full on crazy-busy and you can't do anything but.

So if you don't hear from me for awhile that's what's going on.
(A big art job with a bad deadline is looming.)
But I'll keep trying to keep up here.