Quick check in with the Cubs Bats.

And even if you weren't watching The Mic'd Up Game on ESPN a couple days ago, surely you've seen the clips. 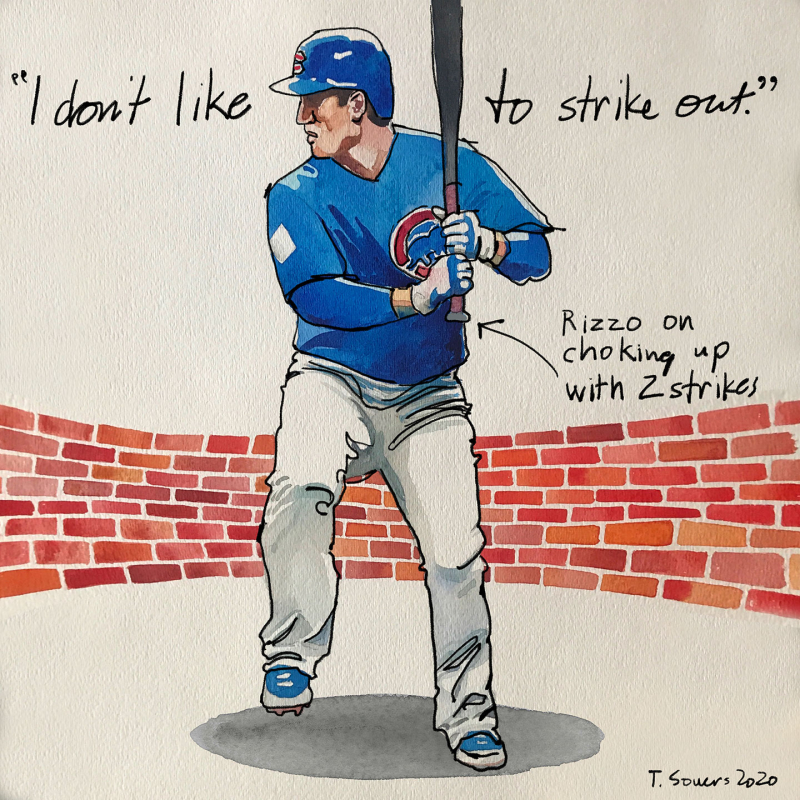 Anthony Rizzo was up to bat with a microphone and earpiece talking to ESPN's Boog Sciambi. And Jessica Mendoza. And Kris Bryant.
He was down 2 strikes and was choking up, as we've seen him do a million times, and somebody asked why.
He immediately said, "Because I don't like to strike out. You can't do anything good if you strike out."
Love that.
He also said he was doing some math in his head trying to guess what the next pitch would be.
Mendoza asked him what he thought it was, Rizzo said that he didn't know and would "someone bang for me?"
BA HAHAHAHAHA*!
Between he, Bryant and, over on the other side, Joe Maddon... this was without a doubt the most entertaining Spring Training broadcast I've ever seen.
And of course immediately EVERYONE wants to see this mic'd up technique EVERYWHERE, but I promise that it'll be super hard to get other players to be as good.
Anyway, just a quickie check in on a Tuesday.
Go Cubs!