It's the World Series! 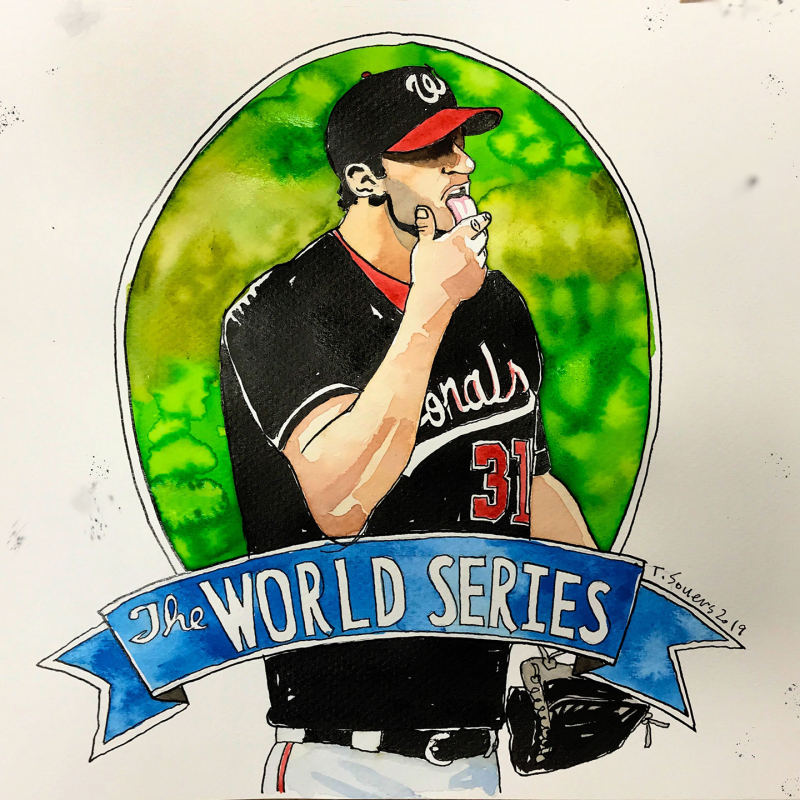 This 2019 World Series ought to be pretty spectacular.
It's the Houston Astros vs the Washington Nationals, and of course I can't stand the Astros because of their history vs the Cubs in the National League, so an improbable win by the Nats would make me happy.
(This is WAY better than '05, when it turned out to be the Astros vs the White Sox and I just had bad gas for the entire series.)

It was so weird to find myself a temporary Yankee fan for a couple days.
I even became an Aaron Judge fan for real - that guy's way more than a giant man who can swing a bat.
Anyway, the Astros won that on the dramatic José Altuve 2-out, bottom of the 9th, 2-run dinger that also got him the ALCS MVP.
Amazing baseball at it's amazing best.
And if you're an Astro fan, well you gotta feel like things will just go your way.
The Nats took care of the Cards in the minimum number of outs, and I don't feel like the Nats were just the hot team at the right time.
They're just way better up and down.
(I got a text in the middle of that series from someone saying they were glad the Cubs weren't in it, because they just weren't in that stratosphere. I agreed.)
And I was super happy for Davey Martinez, who's gone from being on the bubble to a bright young star manager.

So here we are, like I said it should be spectacular, and mostly because of the freaking pitching.
Look at those guys - to a regular fan only one pitcher needs a first name.
Scherzer vs Cole, Strasburg vs Verlander, Patrick Corbin vs Grienke.
What'll be really interesting are errors and who, if anybody, falters on short rest.
Everybody's picking the Astros and it's hard to disagree, but if the Nats take one of the first two in Houston... haywire time.

Here's one thing that took me completely off guard, and in a roundabout way inspired this illustration of the Licking Scherzer.
During these last playoff games, the announcers both in-game and at the round-tables afterwards... talk about pitchers going to the mouth and using pine tar right out in the open.
Yada yada, right?
Of course that happens and we've all seen it for years, but I remember a time not long ago when we'd all have been screaming bloody murder about it.
And also... tipping pitches.
Did you see Big Papi and A-Rod talking about how they knew Tampa Bay's Tyler Glasnow was tipping his pitches vs the Astros in the first 15 pitches of the game?
Here it is:

Ah rats.
You came all this way to find out I just discovered this is old news, I guess.
This from CBSSPORTS.COM back on October 13th:

If that sounds familiar, it's because the Astros advanced to the ALCS after doing something similar to Tampa Bay Rays starter Tyler Glasnow. The Astros are pretty good at picking up on these things, having also figured out a way in which then-Los Angeles Dodgers starter Yu Darvish was showing his hand during the 2017 World Series. Then-Boston Red Sox closer Craig Kimbrel also acknowledged he was tipping pitches following last year's ALCS victory over the Astros, though it's unknown if Houston picked up on that."

So... who is the guy on the Astros who picks up on the tipping pitches thing, seemingly all the time?
Maybe the Astros are the new Dark Side, I don't know.

I seem to have strayed from the World Series.
Whatever.
Hey did you know that just 3 years ago on this day, Kyle Hendricks beat Clayton Kershaw and the Cubs won the NLCS? 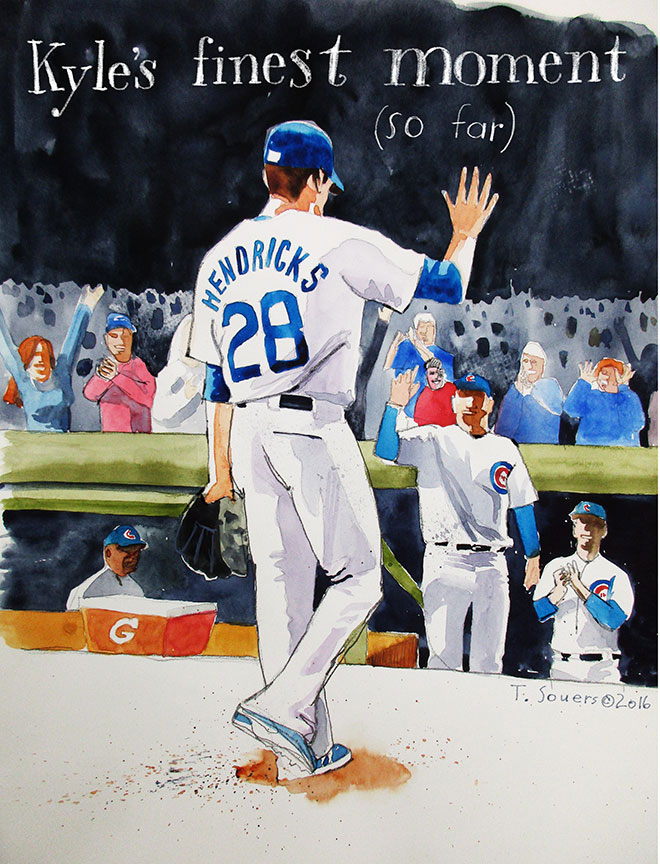