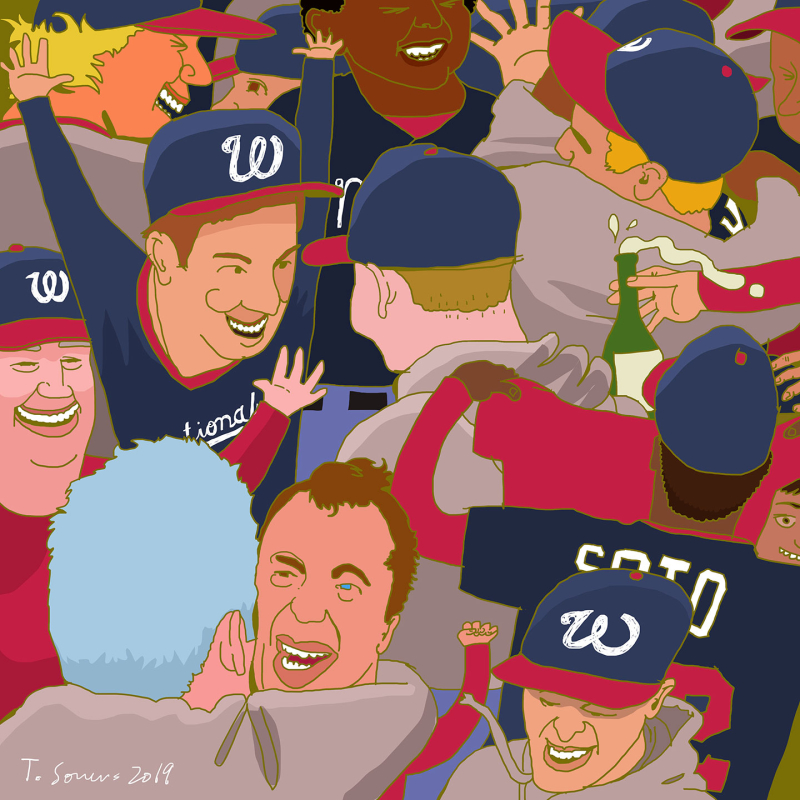 What a game.
For most of it, I thought I was watching Zack Greinke do his best Kyle Hendricks impersonation - where Kyle needed only 81 pitches to toss his complete game shutout against the Cardinals.
Then, a Nat homer from Anthony Rendon followed by a walk and poof, Greinke's day was done - everything he'd accomplished the first 6 innings caught fire.
Old Man Howie Kendrick hit reliever Will Harris' 2nd pitch for a 2-run homer, the Nats had all the lead they'd need for the rest of the game.
Max Scherzer had fought crazily, throwing 103 pitches in his 5 innings where he gave up 7 hits and 4 walks - it seemed he didn't get a single easy out.
And then Patrick Corbin came in and seemed cool and collected and amazingly stayed in for 3 scoreless innings of relief.
No over-managing the pen from our guy Davey Martinez, who one time the camera caught calmly applying some Chap Stick during the game.z
I LOL-ed.
Saved his closer Daniel Hudson for the last 3 outs.
Which he got, with 2 of them strikeouts for José Altuve and Michael Brantley.
Oucheewawa for the Astros.
A 6-2 victory for the Nats.

And good for those guys.
They back to back beat the Brewers, Dodgers, Cardinals and Astros.
That's pretty dang good.

Okay, Tom, Theo and Jed... give us players that can compete with that!
Go Cubs!