Sorry, not jumping on the panic train that just pulled into the station.
And I don't wanna talk about 2 losses in a row to the D-Backs which has everyone in a tizzy.
Here's something positive to talk about, though:
Compared to last year, Jason Heyward's bat and Kyle Schwarber's glove both took amazing leaps.
And it's got as much to do with ability as it does with what kinda guys these guys are.
Theo and Jed go out of their way to collect players who are both good and good people.
Hey Kyle, the world is saying you can't play outfield, so what do you do?
Completely change the make up of your own body and practice practice practice.
Remember all the videos over the winter?
Hey Jason, the world says you can't hit so what do you do?
Spend a couple years listening to experts and changing your swing until it finally clicks.
I find myself wishing, at certain points of any game, that he was the guy at the plate rather than player X.
That never happened before this year.

Anyway, in a way that sort of makes sense based on my eyes (I'm not gonna go stat it up), I see a whole other guy on the team.
A 10th guy on the field who wasn't there last year.
I drew them combined as a joker, and that's how I think of the "weaker" part of their game.
The Cubs have a wild card in their deck, and they can pull it out each time they sit at the poker table with any other team.

Hey guess what?
I'm gonna put my Cubs hat on and drive to St. Louis this weekend.
My old high school buds called and invited me to a game.
These guys: 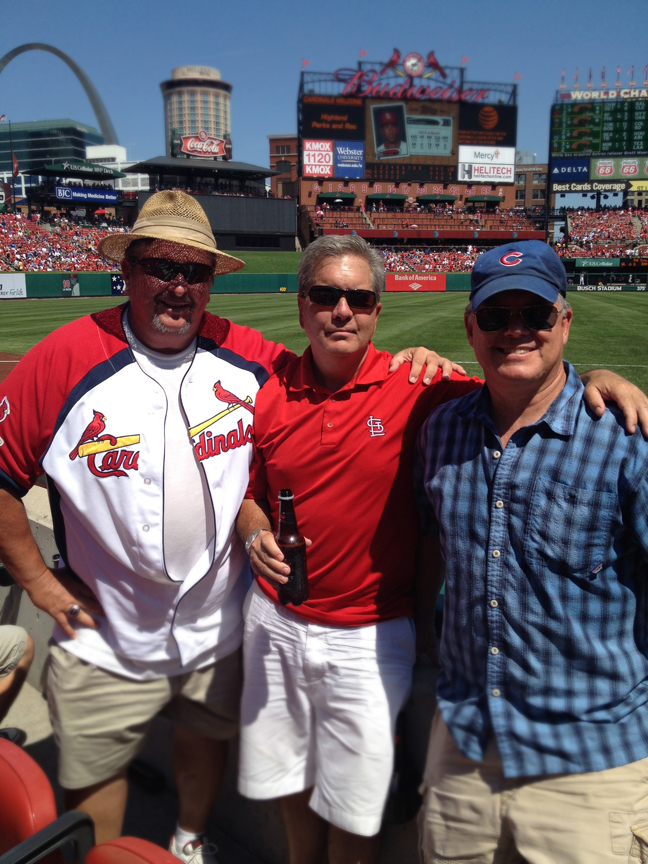 Win or lose, still my fav thing in all sports, this rivalry.
Can't wait.

I'm blushing!
Thanks so much!

The fat lady hadn't sung yet...

Today we learned why we watch ALL 9 innings and never give up hope. This is the comeback team. You never know...

But you always hope.

On and off the field with Hamels, it turns out!