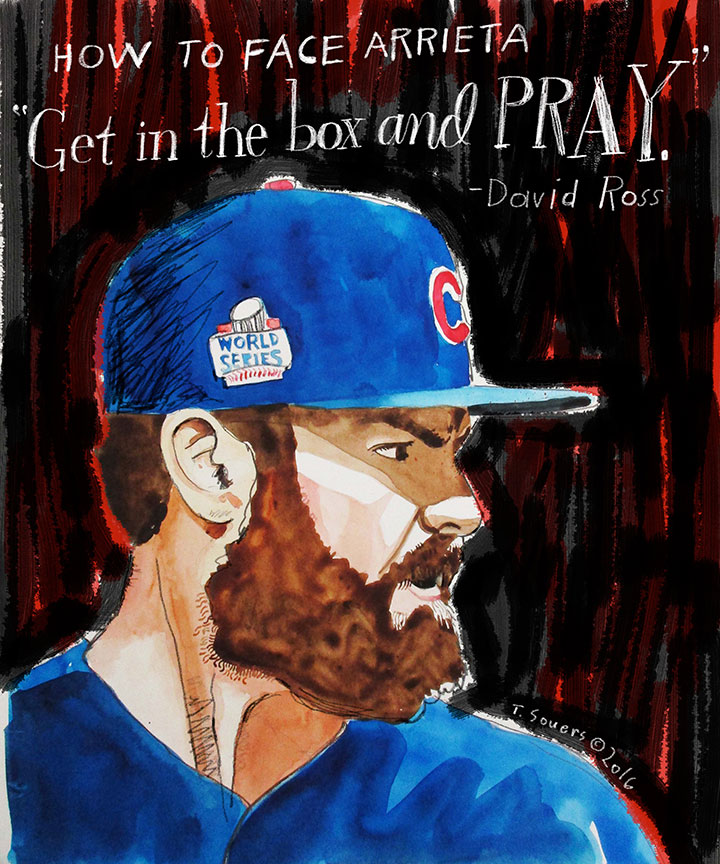 Well that was a nice little break, no?
I am sick as a dog with whatever it is going around, so I needed it for sure.
I read in the Trib that David Ross was asked how to face Jake Arrieta tonight, and he said, "Get in the box and pray."
Grandpa Rossy, that's a fabulous quote.
In fact if it was up to me, I'd start Ross tonight.
For the cool head.
And I think I heard on the last broadcast that he's thrown out 4 of 9 would-be's.
That's not bad for an old guy.

But back to Jake.
We've all gotten a little nervous with him this season, but the truth is his stuff is impossible and designed to make professional hitters look bush.
Whatever kind of magic he had going on all last year to control it, if there's any guy in the world to summon that up it is Jake Arrieta.
Which may be why Ross said what he said.
If I'm on the Indians, I'm scared to death it happens tonight.

And it's round 2 for the Cub bats vs Josh Tomlin, and 4-5 times tonight he's going to have to face Kyle Schwarber.
That makes me feel 1000% better than the variety of medications I'm taking.

Okay, one more day of the Greatest Summer Ever, please.