Hey.
Took off for AZ to visit my dad, and I don't feel like doing anything.
I promised some photos from game #4, and those are coming.
Just one thing.
There were people around me at this game who were really loudly booing.
Kyle Schwarber.
A guy who was a college catcher about 10 minutes ago was now starting in left in the NLCS vs a red hot Mets team.
Booing Kyle Schwarber.
I also heard that on sports radio alot of people called to voice their displeasure over a lack of trades, stuff about Joe Maddon...
All I can say is man, how do you find time for any fun?
Because that's pretty much all I did this summer.
I shall try to not speak of these people again. 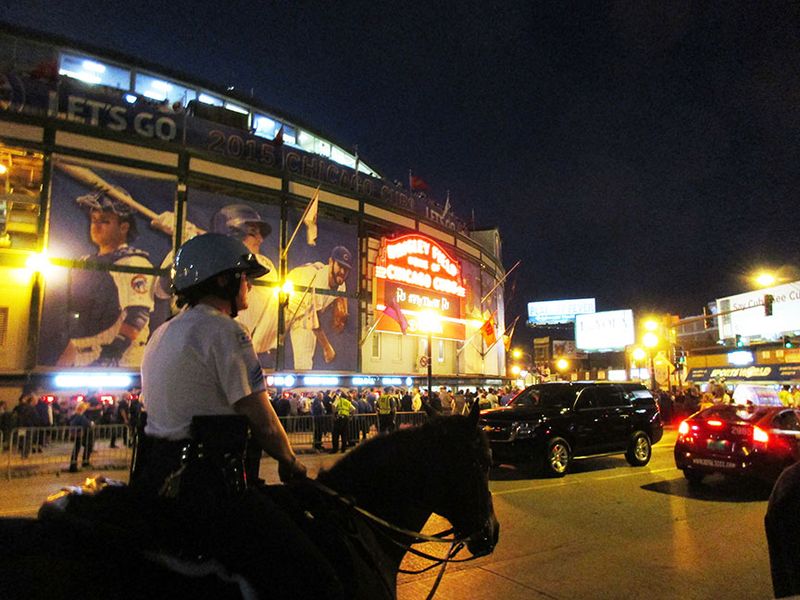 My neighbor is a horse cop. I looked all over but couldn't find him.
Then... the first pitch: 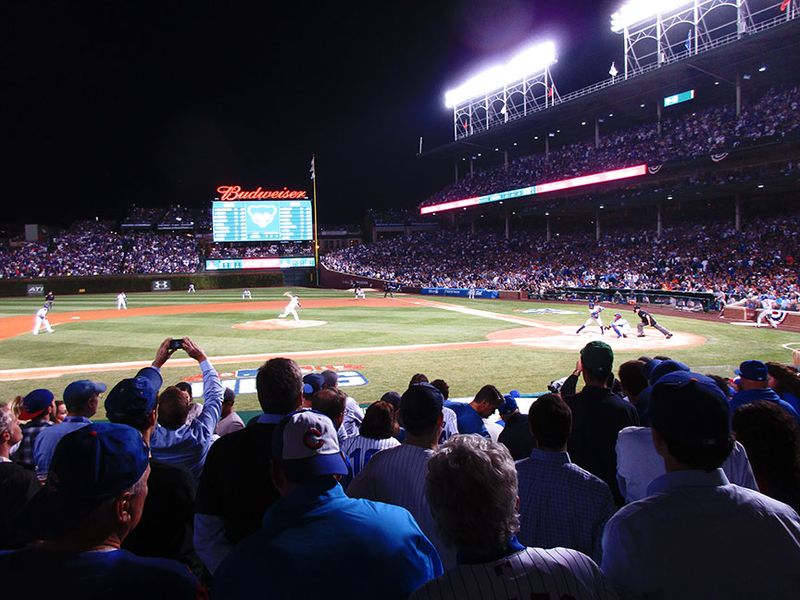 Hammel got 2 out.
So close to just getting past the first inning, but then Duda. 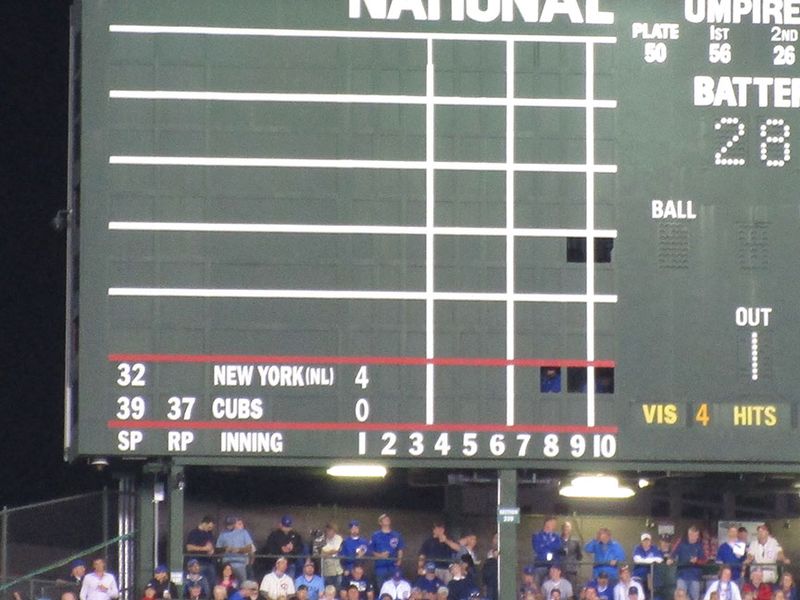 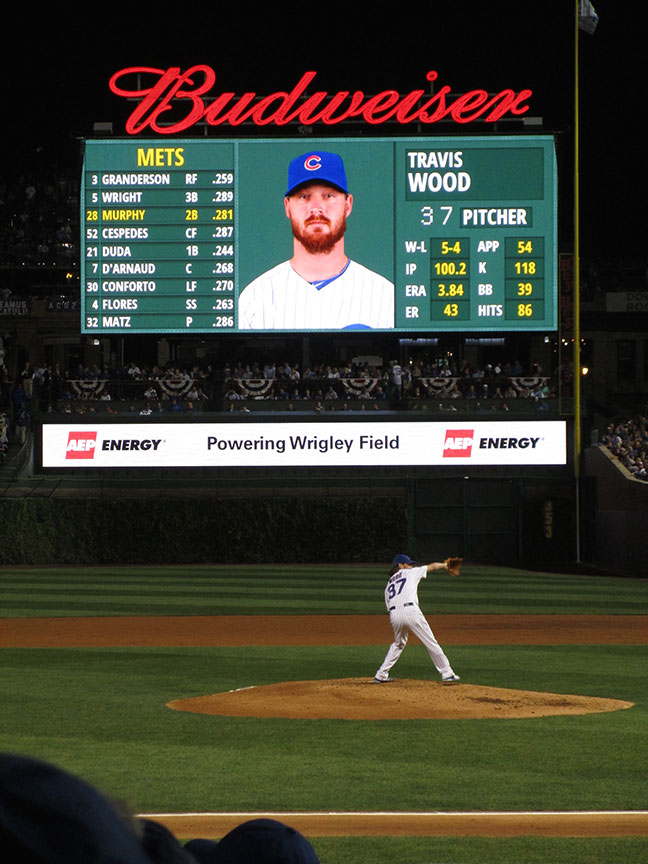 No Cub reached until the 3rd. 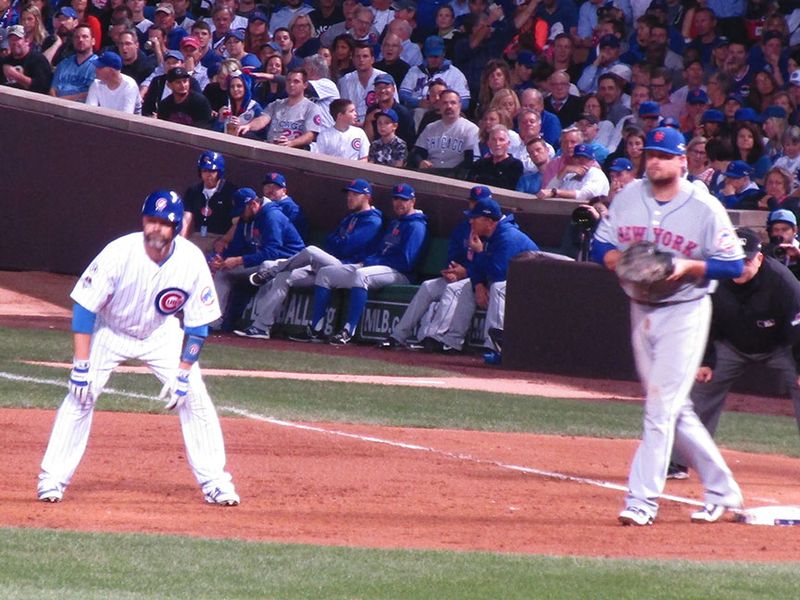 Bottom 4, the most exciting inning.
Soler got a double. 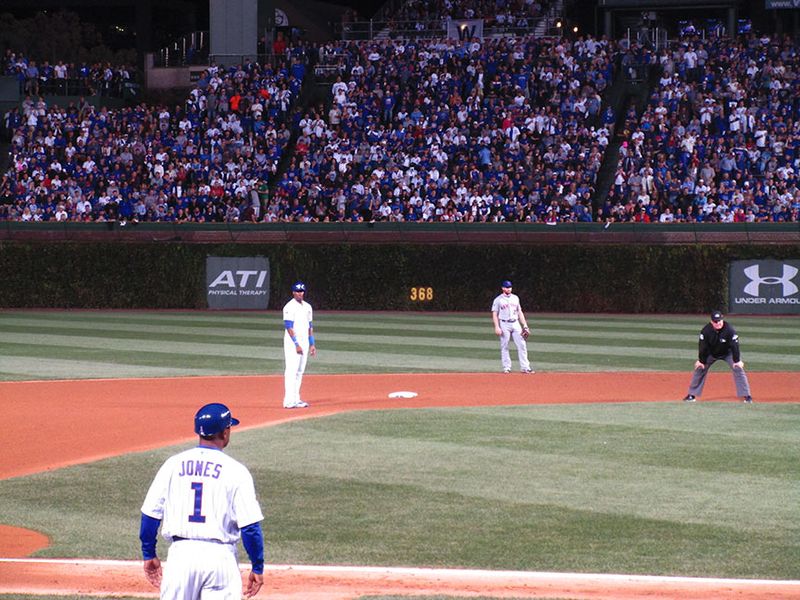 Kris Bryant walked, Rizzo Singled and then Starlin Castro hit an absolute rocket that David Wright caught faster than I could follow.
The Cubs got no breaks at all, and a week prior this would have scored 2.
Instead, out numero uno. 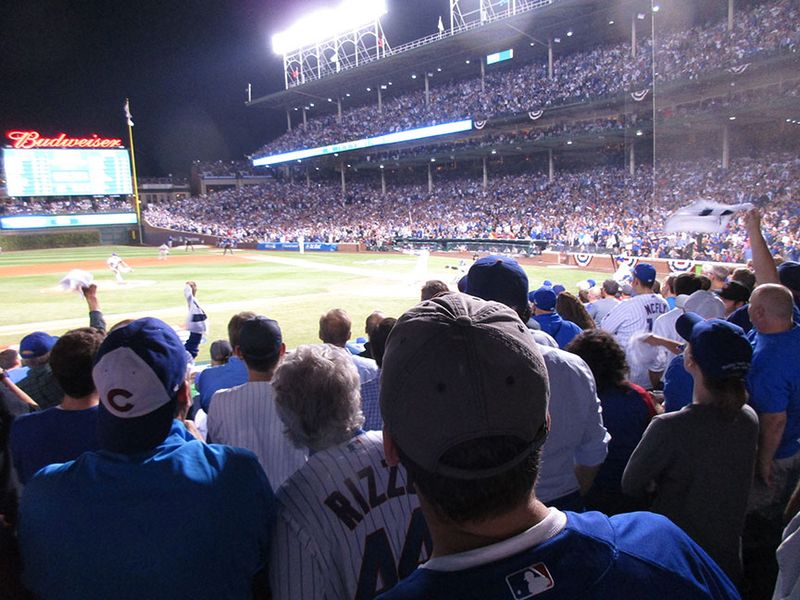 I think that's Castro connecting above.
Kyle Schwarber knocked in Soler, but a groundout in the process.
Then Javier Baez fouled for the third out.
Rally caps the rest of the way. 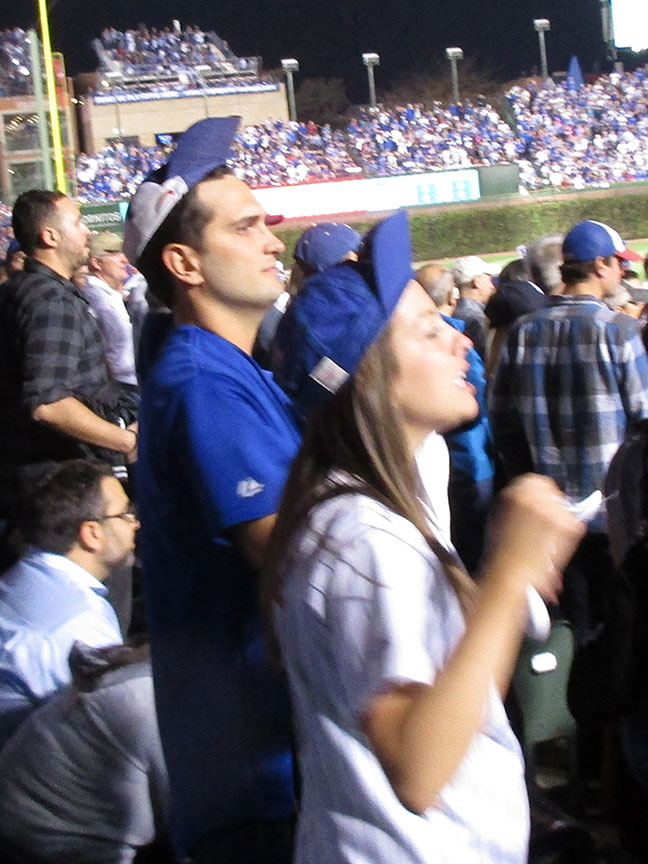 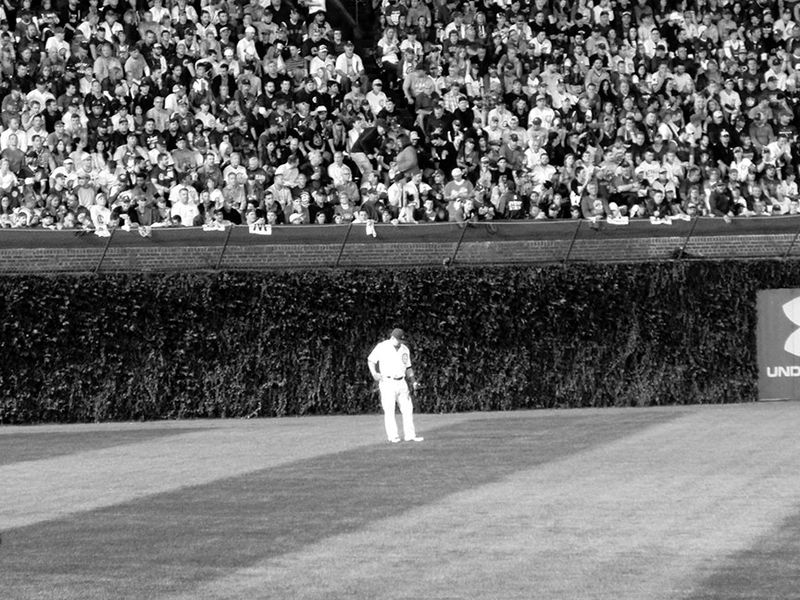 Rough night in left for the kid.
He'll be fine.
And now, I'm in Arizona.
I'm gonna take some time off with maybe a post here and there about the WS or football or hockey or whatever.
In the meantime, here's a woodpecker: 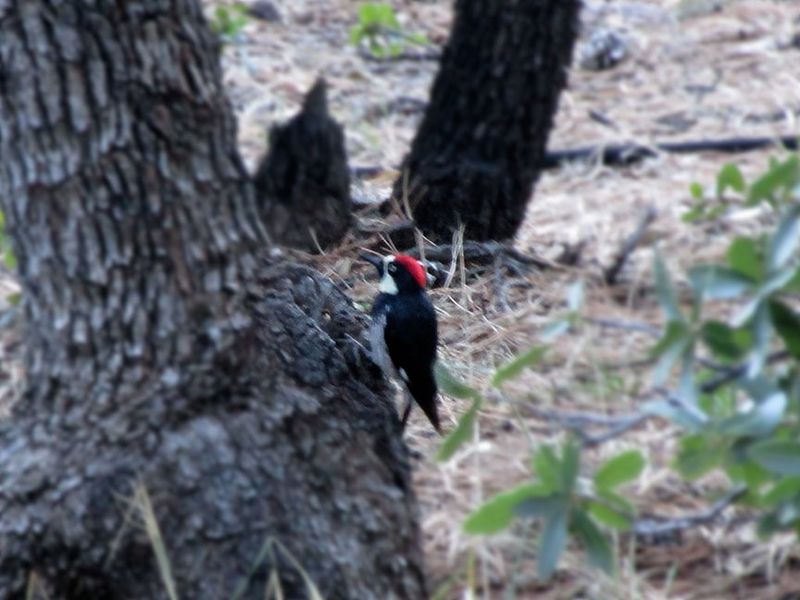 First of all, welcome to Arizona! You're here for some of the best weather AZ has to offer.

The best way to look at Arizona is to think "big and small". There's nothing more majestic than an AZ sunset and the sweeping views of our deserts and mountains and canyons. That's big. But at the same time there's an often-ignored, microscopic world of desert flora and fauna, usually right under you nose (like the woodpecker!) That's small.

As for the Cubs, I'm needing a breather too. But at the same time I'm looking forward to our spring training excursions to Sloan Park in Mesa. And as for Schwarber, maybe I'm just blown away by that bat, but if we were to trade him (like to DH for an AL team, as some have suggested) I'm afraid we might be looking at a new curse, ala the Red Sox curse of the Bambino.

I am so glad I hadnt heard the trade schwarber thing. We are blessed with maybe the most imaginative management in cub history. Theyll figure it out.  That bat should NEVER be for sale.
Plus, hes a Cub, dude.
100%.

"All I can say is man, how do you find time for any fun?"

Geez. 97 wins! Win the wild card! Win the NLDS(?)!! And people are ready to rebuild the organization!

I do not think the front office will be nearly as active as many seem to hope. (They will look at endless numbers of possibilities, but few trades will be made.) I think a lot of people will be griping as we go into the next season.

There will be tweaks. Probably a couple of decent players acquired. And the team will be better.

Whatever they do, I will have fun watching them do it.

Have a great time in Arizona. I LOVE the woodpecker!

There will always be whiners. I don't consider them real Cubs fans. Real Cubs fans find nothing but euphoria in what was accomplished this year.

Hi Mark!
Maybe the whiners are just few and loud.
But so annoying.
Okay, not paying attention to them any more.

I ditched work on April 17th, just to see Kris Bryant play in his first Major League game. After he struck out the third time, someone from the crowd yelled (loud enough for everyone at home watching it on TV) "YOU SUUUUCK!"

These people aren't real fans and they have no business taking up space at Wrigley Field. Simple as that.

Now for the trade talk. Thing is, his subpar defense was magnified under the spotlight of the NLCS, but it hadn't been all that bad up to that point. I do understand the argument that he'd be better off in the American League as a DH. It's funny, I was completely against the DH in the AL up until just a couple of years ago (just on principle), but now I'm in favor of bringing it to the NL; I know it won't happen, but there is no fanbase who would be happier than us, for two reasons: First, it would completely end the Schwarber trade talks and it would possibly extend his career by a good five years; just stop and try to imagine a healthy Kyle Schwarber playing for us until the year 2030, or even beyond. Second, the more I think about it, I think a lot of Jon Lester's inconsistencies on the mound stemmed from his apprehension of having to bat; and I always hated saying it, but each time he pitched I said to myself and to whomever was listening, "Well, we only have 7 guys in the lineup who can hit tonight" (No disrespect meant to David Ross, but it's true).

Again, I understand the argument for trading Schwarber, especially for a veteran hitter and a young pitcher like Sonny Gray (the trade some people are whispering about). I would also understand trading Schwarber for a proven ace, like Chris Sale (which wouldn't happen in a million years). But there's no way the Cubs are going to trade him, and furthermore it's far too early to make a decision like that. For a franchise that traded Lou Brock and lost Greg Maddux via free agency, it would potentially be a huge mistake letting him go. This is a kid with Hall of Fame potential, along with great character and nerves of steel.

There's no doubt in my mind that he'll work his ass off over the winter to become the best defender he can possibly be. I just hope that it proves to be good enough.

He's going to have to prove a lot of people wrong, including the overwhelming majority of big league scouts. And that would be a hell of a story.

Hey Kevin. I wouldnt be shocked at all if the dh came to the national league. I figure thats why Theo hasnt traded Vogelbach.
The booing thing just wears me out. Theres a time and place for it, but not within earshot of this team.
And schwarbers only had about 5 minutes playing the outfield. I think hell be fine.