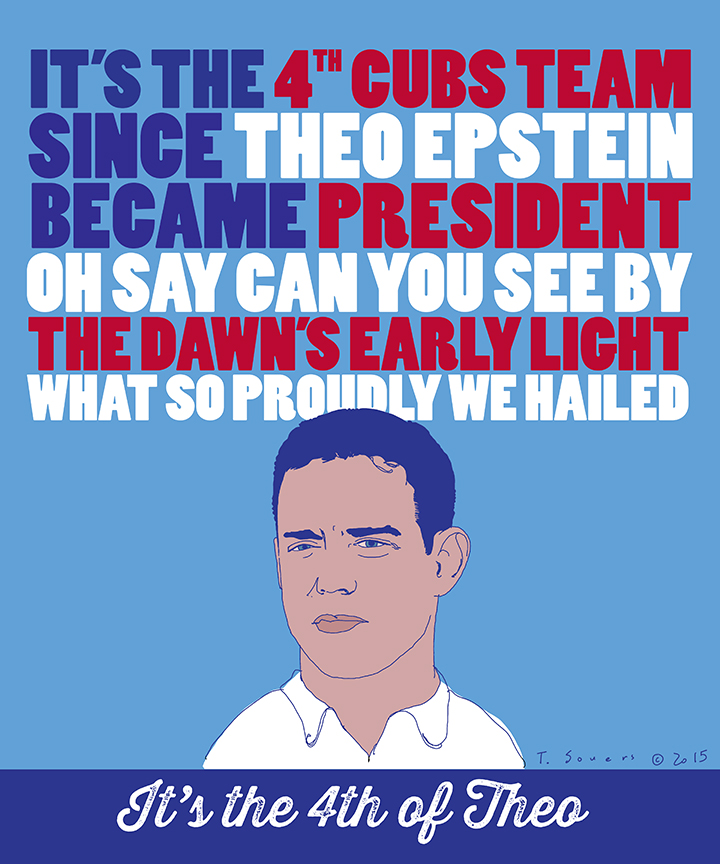 Remember?
The Starbucks sighting.
The excitement of getting a guy who we all believed in?
That was in October of 2011.
Since Theo Epstein became president of Baseball Operations for the Chicago Cubs, there have been 4 different teams leading up to this year's.
And they're proving to be what he promised and what we all hoped.
I couldn't be more excited.

PS: Of course there are a bunch of other people who have contributed (Jed Hoyer, Tom Ricketts) in the front office, too. But Theo's kinda got his name on the door, you know? 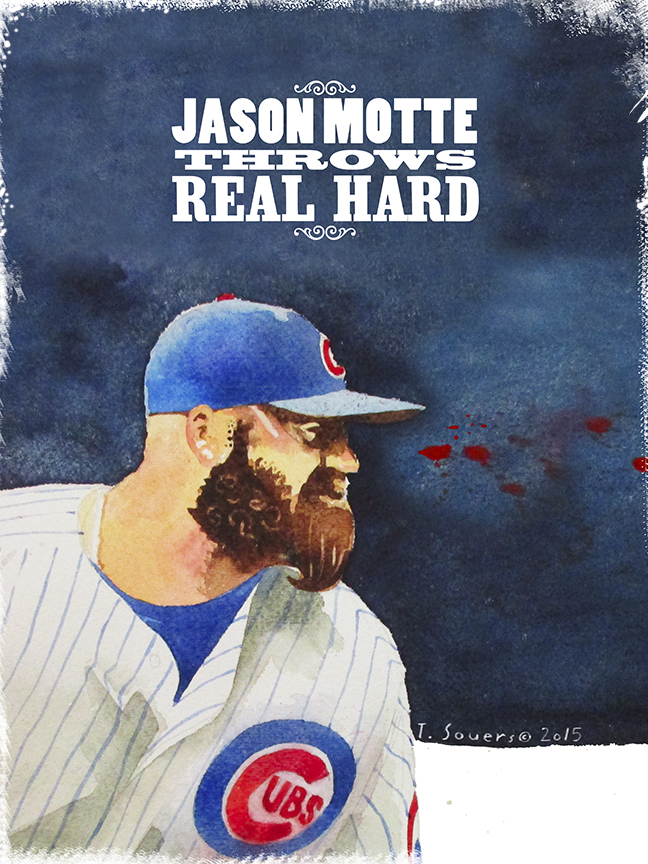 Difficult to find anybody more entertaining that Jason Motte.
He's got all the weird tics and herky jerky oddball stuff he does on the mound.
And then he just throws the damn thing as hard as he can.
Subtle as a shotgun.
A bull in a china shop.
Didn't Mary Chapin Carpenter write a song called "Sometimes you're the windshield, sometimes you're a Met"?
Like Johnny Monell.
Up to bat in the bottom of the 10th with the winning run on 2nd and all you can do is watch strike three pop into David Ross' catcher's mitt.

Jon Lester went seven, Strop and Rondon went one, Russell and Grimm split one, and Motte went one for the W.
Did you know Motte is 6-1?
He's got as many wins as Zach Grienke.
More than Clayton Kershaw, Stephen Strasburg, Cole Hamels and Johnny Cueto.
He's also got more than Jason Hammel, and that's not necessarily a good team thing.
I mean, it would be nice if the Cub bats could come up with more runs but you and I will both take all these 1 and 2-run wins.

PS: Nice to see Lester go 7 solid. Like to see that the rest of the year...