How do you feel about Jeff Samardzija pitching for the White Sox? 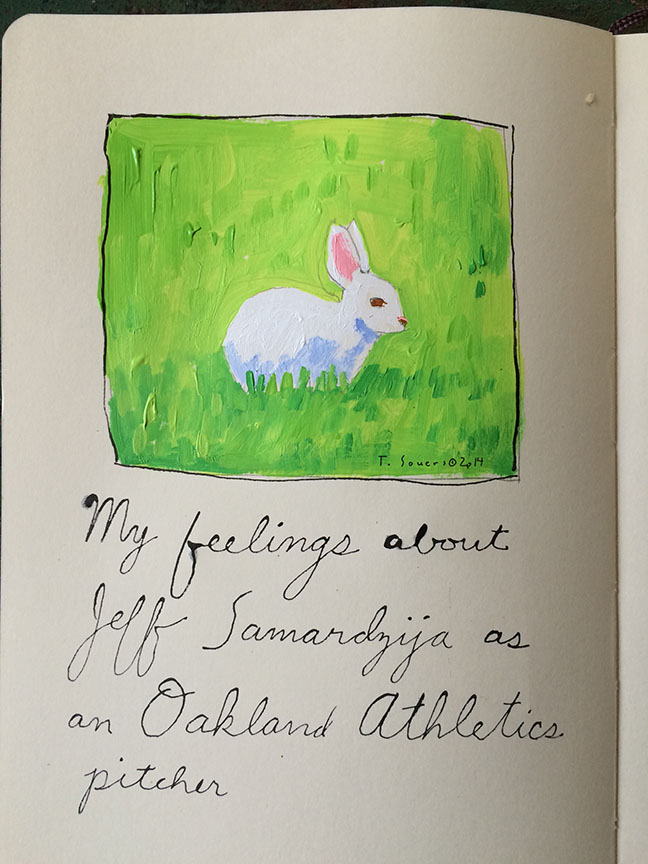 When Jeff Samardzija got traded to the A's, I thought awww, that's nice.
He might get a chance at a ring and man - playing on Billy Beane's team has got to be enlightening.
So good for him.

But today I read that he's liable to be traded to the White Sox.
Got a different feeling about that. 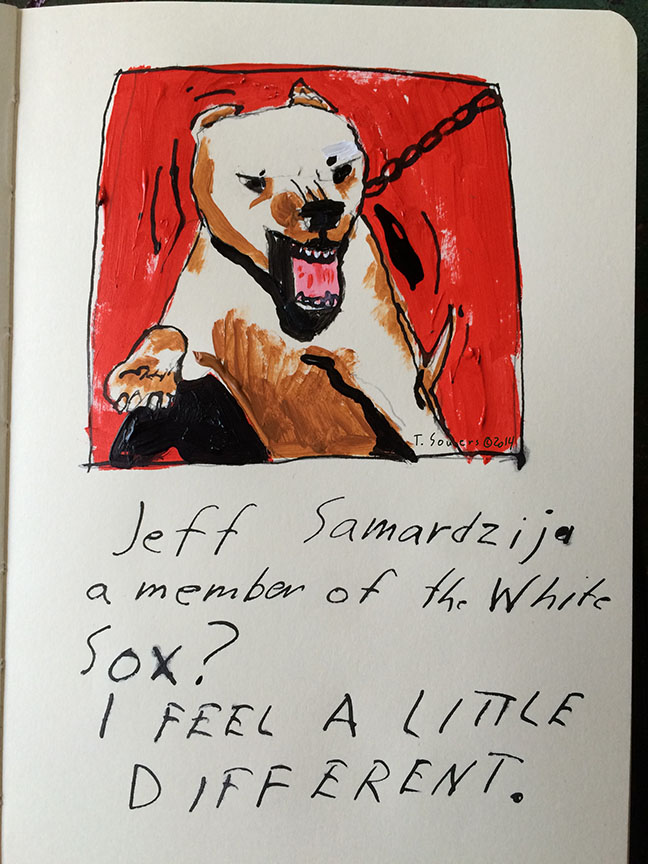 I mean, I can't feel all "well, good for him" if he's down there.
That's just weird.

How's your Thanksgiving Day weekend going?
We drove 13 hours straight to Charlotte NC.
Here's what happens when you do that - after about 9 hours you reach West Virginia, which... did you know there's a giant mountain range there?
Yeah it's true.
I had no idea.
I just plugged in the Apple Map app and listened to the lady tell me where to go.
So we drive through Indianapolis and Ohio (trucks everywhere, giving me The Fear) 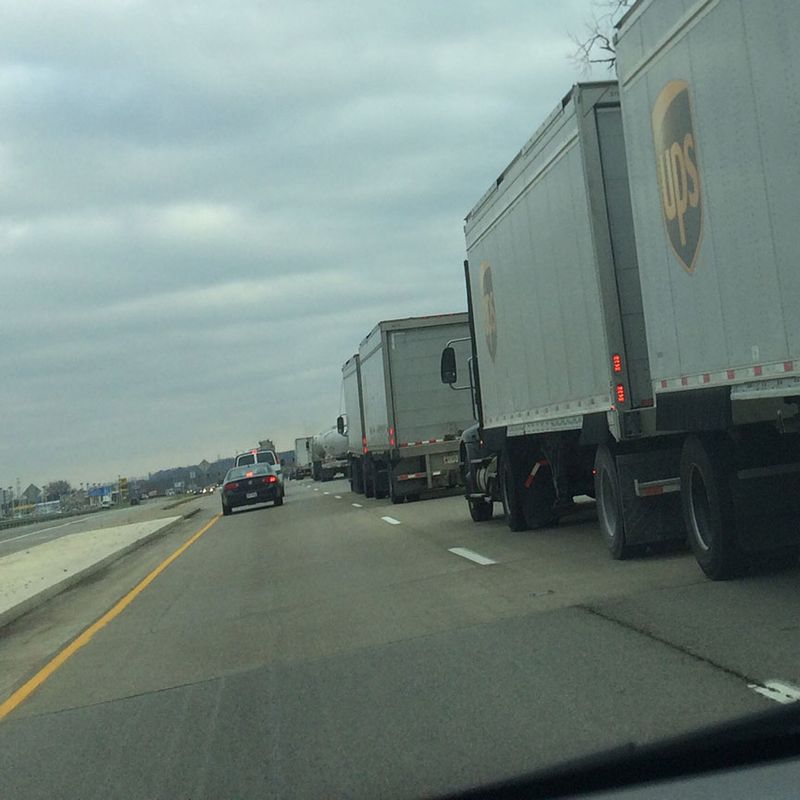 ...and now we're in West Virginia and we bend right to go south to North Carolina.
Unfortunately, night happened.
And I wasn't prepared.
To go down a mountain range with a bunch of crazed truckdrivers and people trying to go faster than the crazed truckdrivers.
In pitch black.
It was so dark that there wasn't any horizon lines anywhere.
After a couple hours, I couldn't tell if I was going up or down.
You'd come up to these signs (they look like this in the daytime): 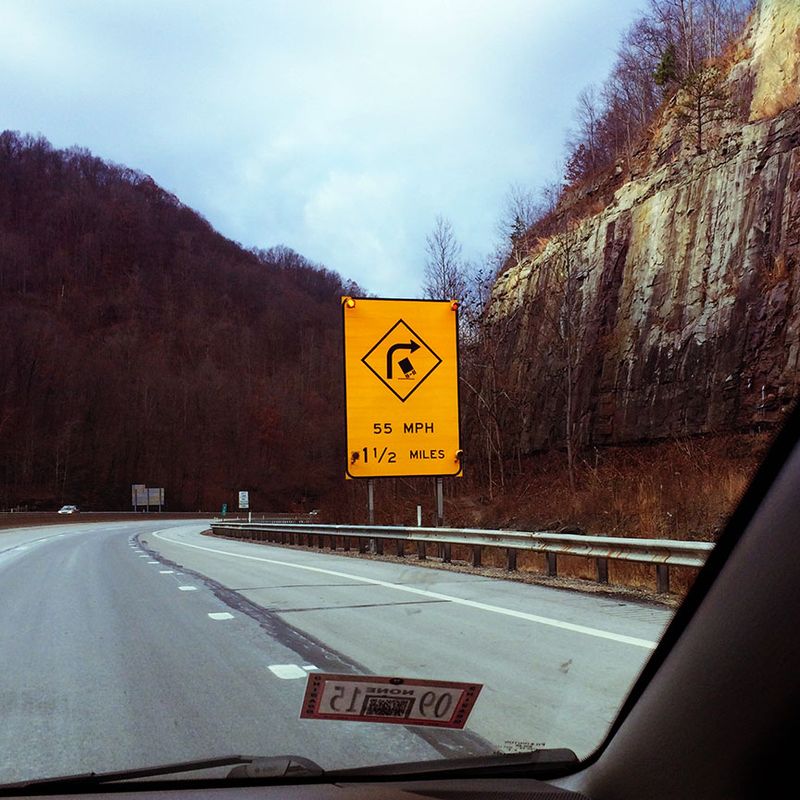 These signs mean that even if you're going the posted 55 MPH, the car leans funny and all the blood in your head gets dragged over to one side and it's like being forced to watch Gale Sayers blow out his knee in slow motion for a half hour.
I had bile breath and so much adrenaline flying through my system I could hardly keep the car straight.
It went on for days.
You cannot believe how many mountains are there.
Then it started raining and all my nerve endings exploded.
But we made it.
Had a great Thanksgiving.
Look at Debbie's pie! 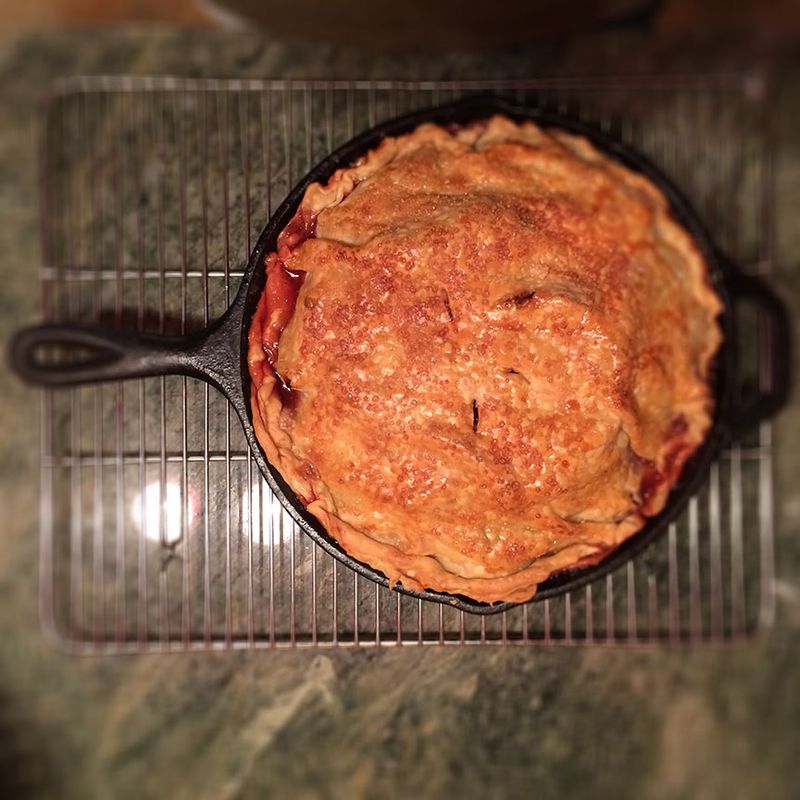 My favorite picture of that day, however, is this from the Charlotte sports section: 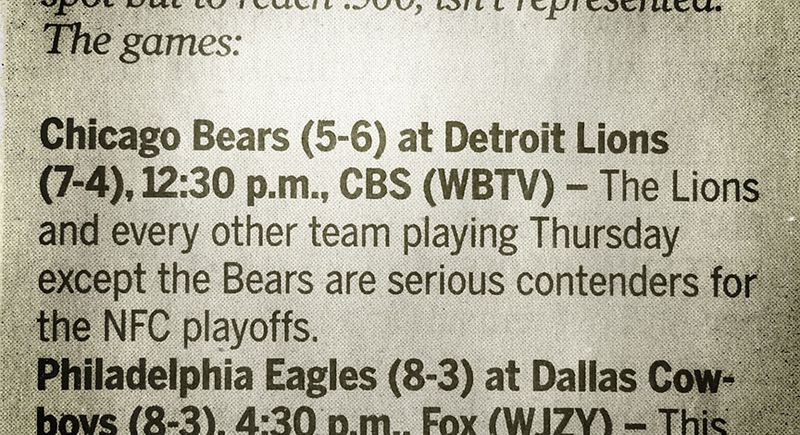 Here's a couple more photos, and now that we're back I have a mountain of chores. 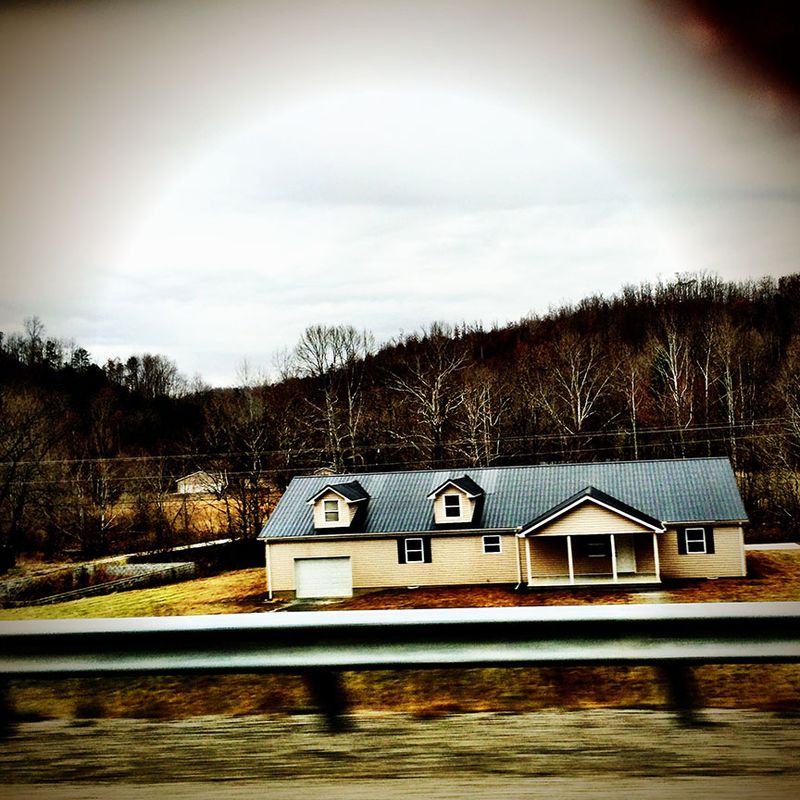 These windmills are, I think, in the middle of Ohio somewhere. There are hundreds of them, and they're MASSIVE! 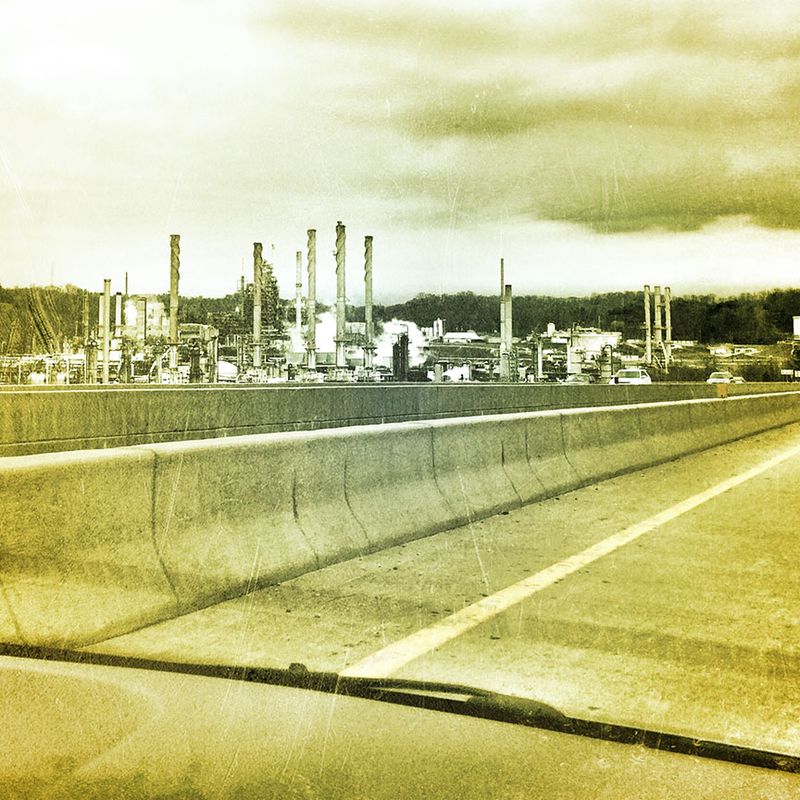 The Renfrow Hardware store in Matthews, NC, had a woodburning fireplace going and you could weep at how cool the place was.

Happy Thanksgiving Bears Fans. Don't forget to watch for the little red pop up thingy on your turkey. 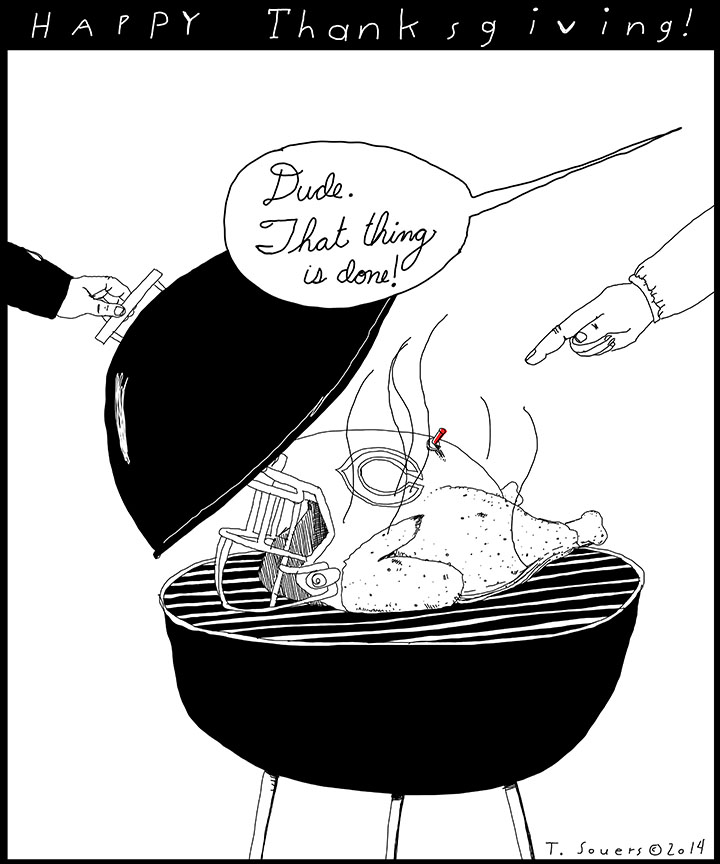 Oh, I'm gonna watch every minute of this game just like you are.
Couple weeks ago, the Lions were 7-2 and the Bears were 3-6.
Since then the Bears have won 2 and the Lions lost 2.
Besides not overdoing the turkey, nothing would make me happier than a Bear W.
I just...doubt it.

Anyway, have a fabulous Thanksgiving.
Maybe sometime Friday when we're having a turkey sammich with cream cheese and cranberry sauce, we'll also get Jon Lester for dessert.

A history of how Thanksgiving was invented by the Pilgrim Cub Fans.

Many people don't realize that some of America's earliest settlers were actually big Cub fans. 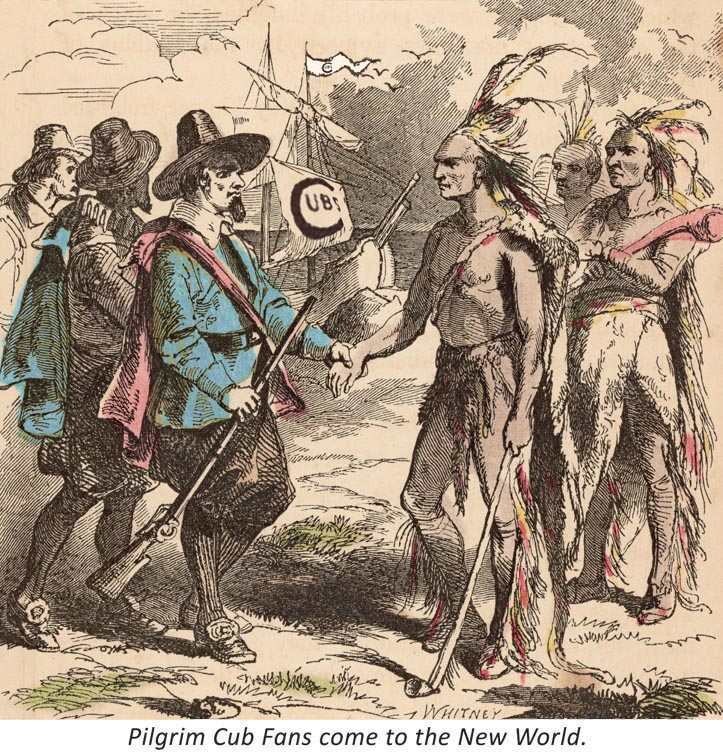 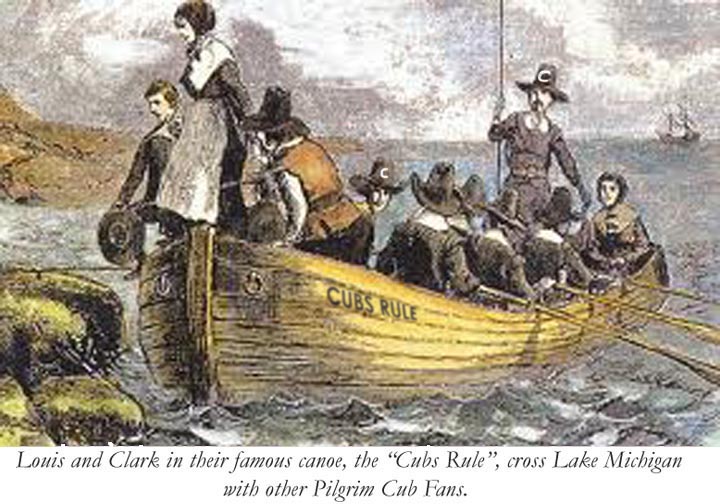 Interestingly, the ballpark was located on already-discovered Addison Street. But walking around the corner, the duo discovered another street running north/south. And as the story famously goes, they flipped a Falstaff beer bottle top to see which explorer the street would be named after.
Of course the winner was William "Clark". 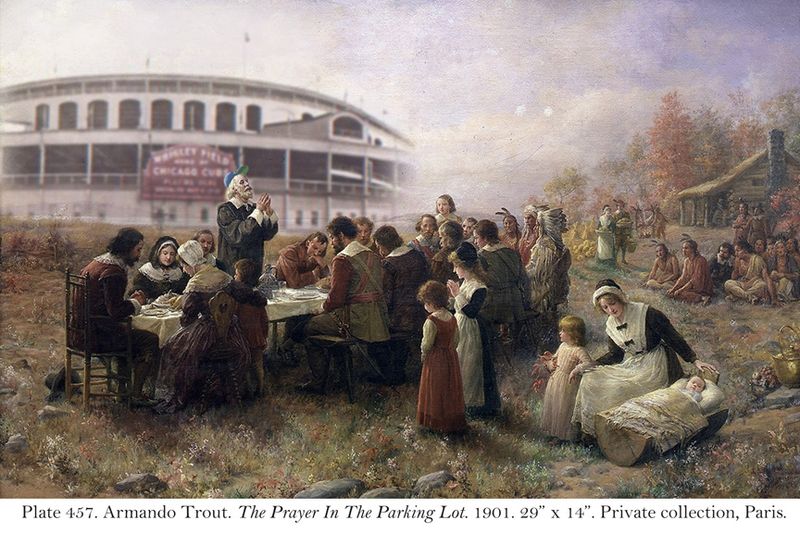 In 1908, about the time Colorado joined the Union, the Cubs won the World Series.
Pilgrim Cub Fans were so elated and Illinois turkeys so aplenty, they decided to invent a holiday.
Originally called "Thank You Cubs For Giving Us A Championship", it was later shortened to simply "Thanksgiving". 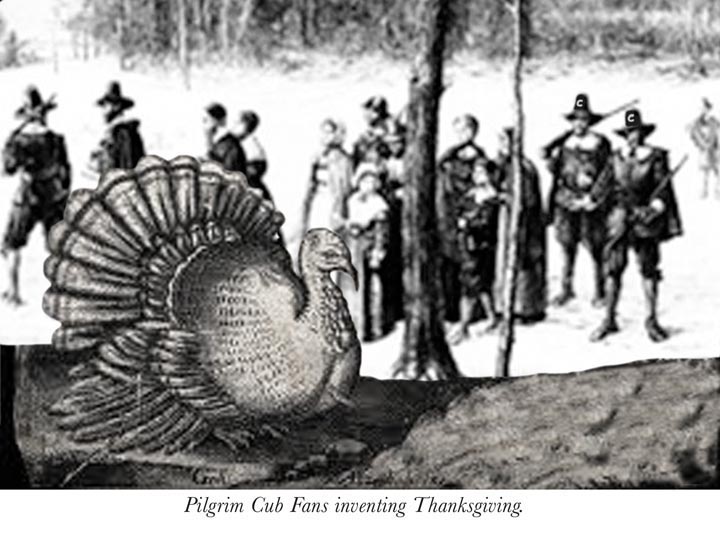 Pilgrim Cub Fans hunted turkeys down, wrung their turkey necks, grilled them indirectly over a smoky fire until they were done just so, and thus began the long feasting tradition.

Pictured below is believed to be Geovany Durocher, Leo's great grandfather, at one of the early Thanksgiving Feasts. 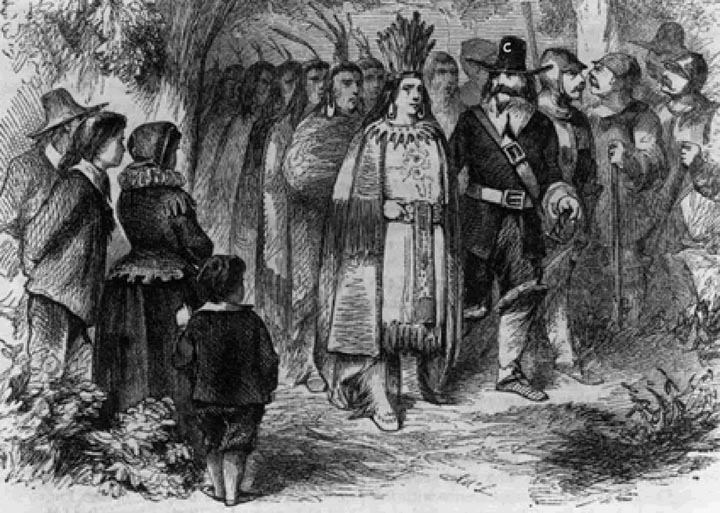 As you would expect, there were many women Pilgrim Cub Fans showing their true colors back in the day. 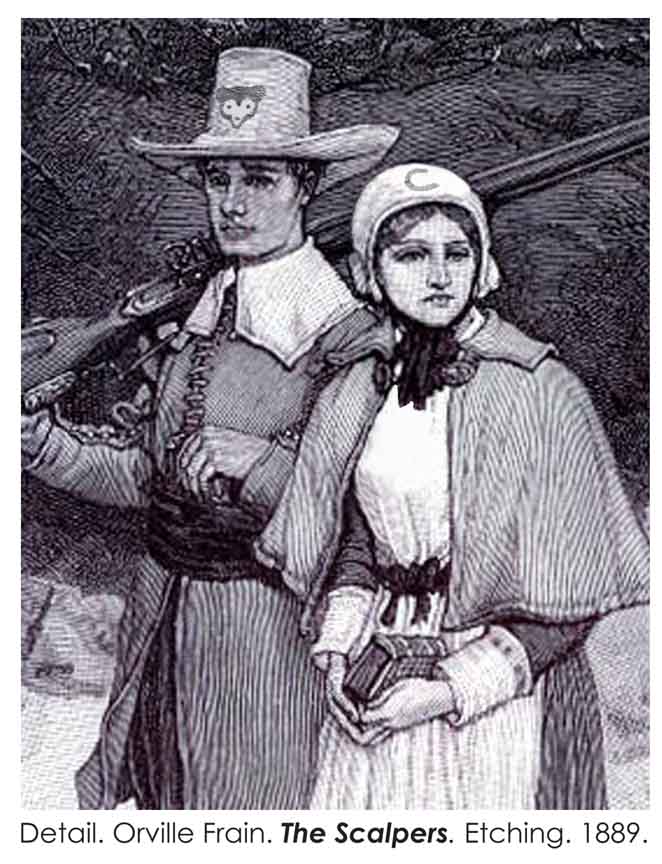 Many current Wrigley Field traditions were actually the contributions of Pilgrim Cub Fans. 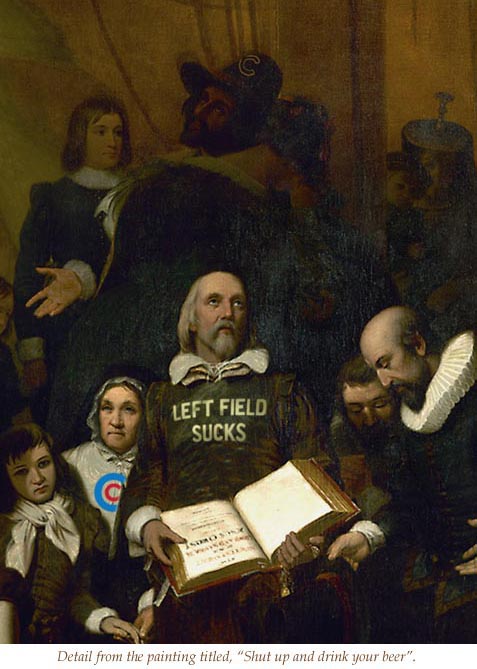 So as we sit round the Thanksgiving Table, let's give a word of thanks to the Pilgrim Cub Fans, inventors of Thanksgiving, and the last people to actually experience the Cubs winning a World Series.

This article was the contribution of guest author and noted historian Cornelius Goat, and has not been fact-checked. - Tim

As I've said before, this is my Thanksgiving post. For as long as I'm doing this Cubby Blue stuff, along with apologies to any artists or historians I may have offended.

Henry Blanco back with the Cubs in a Quality Assurance position. 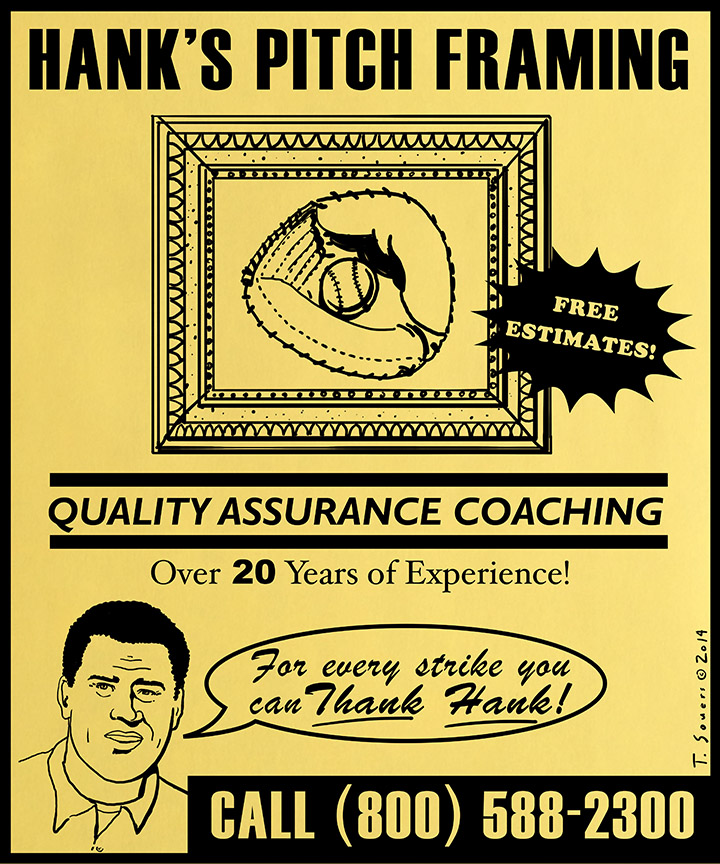 Well they sure made a deal out of "pitch framing" or "catcher framing" didn't they?
But it seems to have actual merit - just being able to fool an ump by not being nervous with your glove when handling pitches on the extremities of the strikezone.
Makes sense.
And our Welington Castillo is apparently bad at it, so management brought back Henry Blanco not to catch but as a "Quality Assurance Coach".
That sounds like bad ad copy, doesn't it?
If you watch tv for a couple hours, I bet you hear "Quality Assurance" a couple times.
Whatever, I also read that the Cubs are kickin the tires on AZ catcher Miguel Montero since the Blue Jays went cuckoo for Russel Martin and took him off the board with crazy cash.
Whoever is behind the plate - Castillo or Montero - it sounds like either could use a little bit of Hank's Pitch Framing.
Look it up in the Yellow Pages.
(Don't call that number though - it's for Empire Carpet.)

Jon Lester is going to make a shipload of cash. (cartoon) 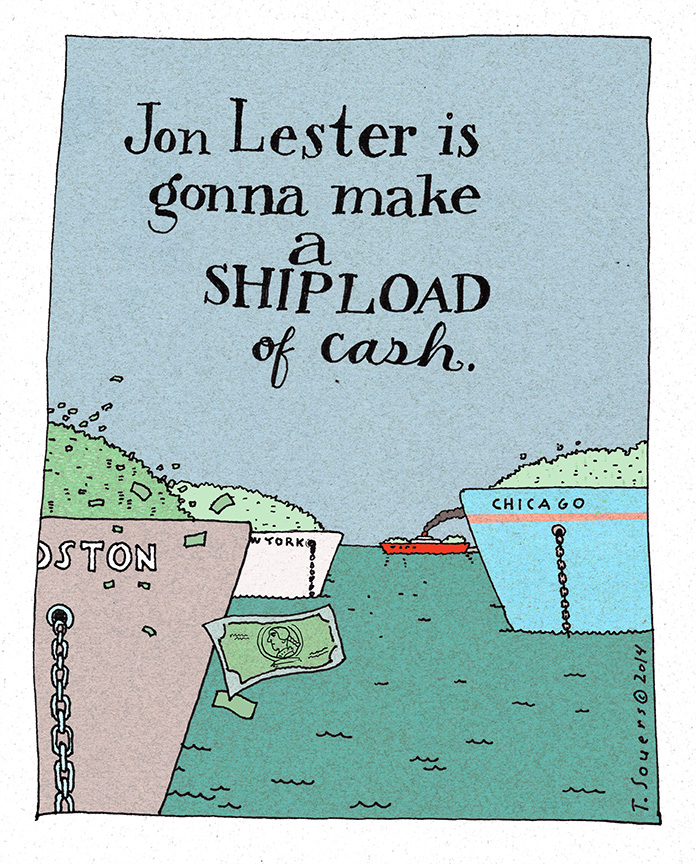 Man, it must be nice to be The Guy at The Right Time like John Lester is right now.
Read this from the Boston Globe.
"Red Sox must not be outbid for Jon Lester - NO EXCUSES" (my caps).
And it looks like, just to walk in the room costs 6 years and $120 million dollars.
Lester is 30, the durable lefty former Boston ace, and those guys want him bad.
Along with the Cubs, Yanks and Cards.
How much would you give to hear the conversations between these teams and Lester's agent?
"Hey it's Theo. Listen, um... how much is Cherington throwing in? (pause) OH COME ON MAN! I promise we've got a little more than whatever it is. Wait. Cashman did WHAT? THAT'S INSANE!!!"

Seriously, reading that Globe article you gotta think Boston is super touchy about Lester.
They CANNOT let him go to the Yankees, right?
Too much of a black eye.
And with Theo's connections to Boston it's kind of personal with Red Sox GM Ben Cherington, so also really bad if the Cubs sign him.
The Cardinals - I think they're just out to screw with the Cubs.

Anyway... this is oddly going to be really really interesting.

PS: I would love love LOVE to have Lester, but not insanely. I don't want to throw up when I hear what he signs for, you know?

What a perfectly Cubs first impression for Jon Lester. 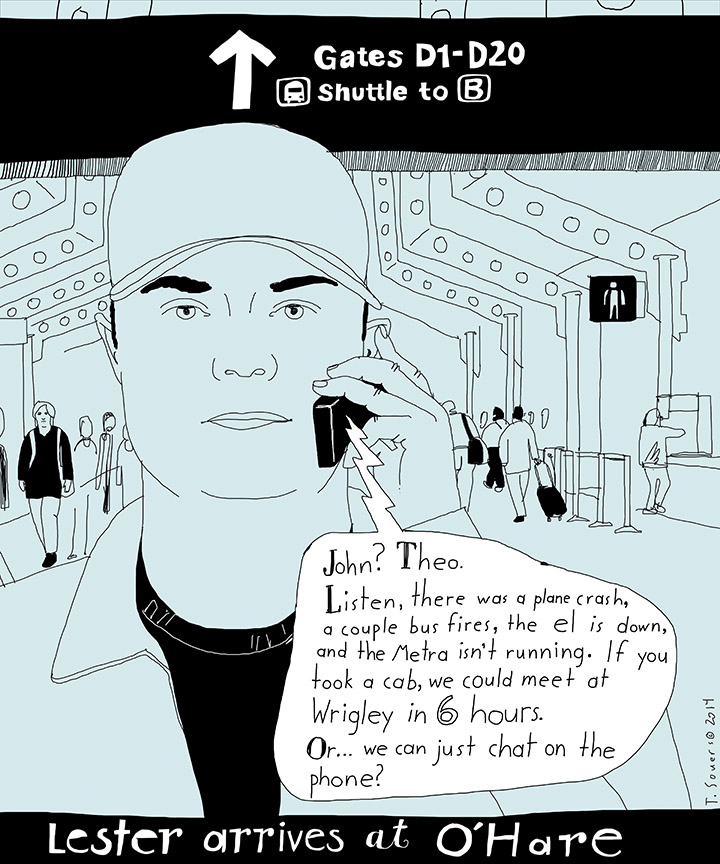 It was unbelievable.
Not kidding - all that stuff in the drawing happened yesterday.
A plane crashed, busses caught on fire, trains not working, it's 15 degrees, sirens everywhere...
I left my house in Portage Park at 7:30 and got to the Aon Center about 10:30.
IT WAS THE WORST TRAFFIC OF ALL TIME AND THERE WASN'T EVEN SNOW ON THE GROUND!
What an awesome day for Jon Lester to come to Chicago.
I wonder if Theo has a helicopter or something.
Because a meeting with Jon Lester is... kind of important.
Here and here are the only mentions I could quickly find.
No idea what they may have talked about, although you gotta think the Cubs' story is one of the more publicized in baseball, so I imagine Lester knows the Cubs loaded up with young talent and need a good lefty arm and have some cash to spend.

So... maybe they just talked about the weather.