« The agony of watching MLB instant replay reviews. (gif) | Main | September 2003 was such a great Cubs month. (Mark Prior illustration) »

You know what I did? 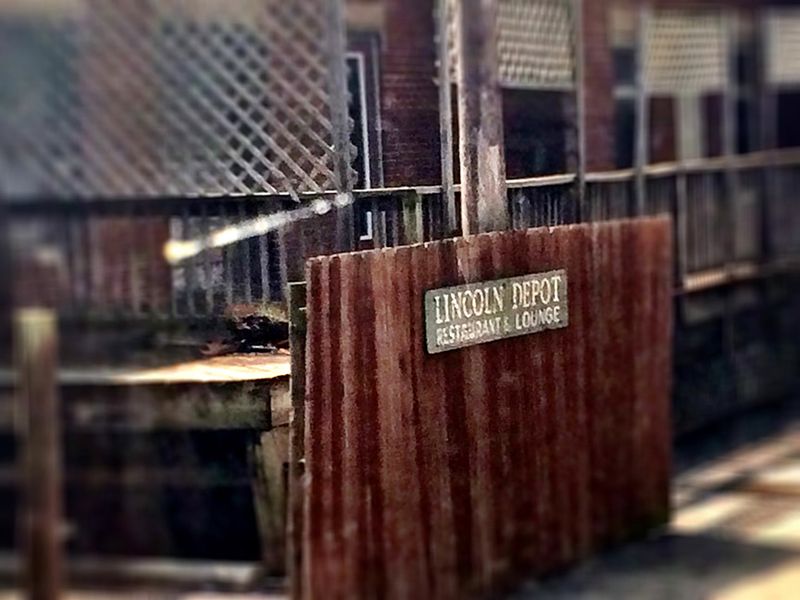 I got on a train. 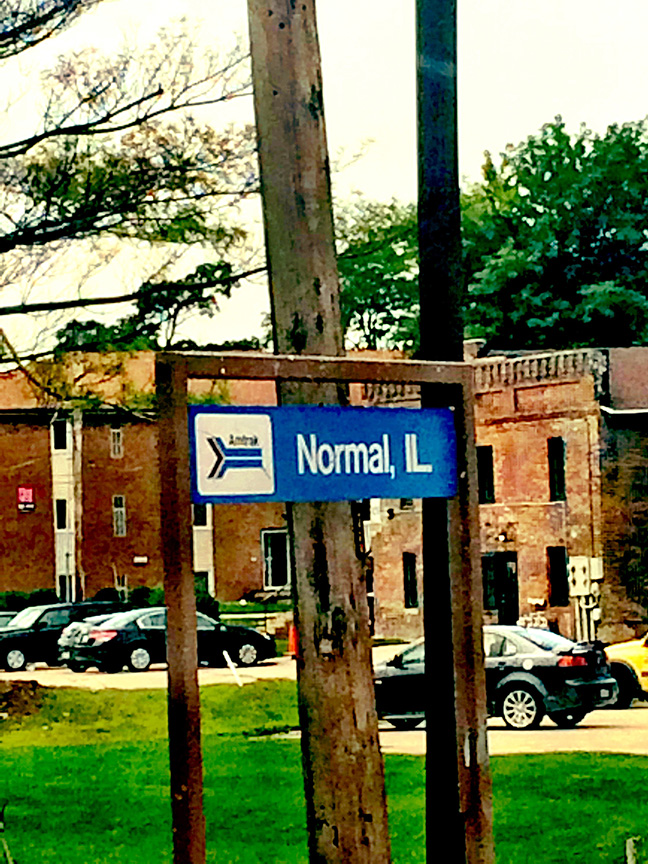 I took lots of photos, because this train was taking me all the way to St. Louis. 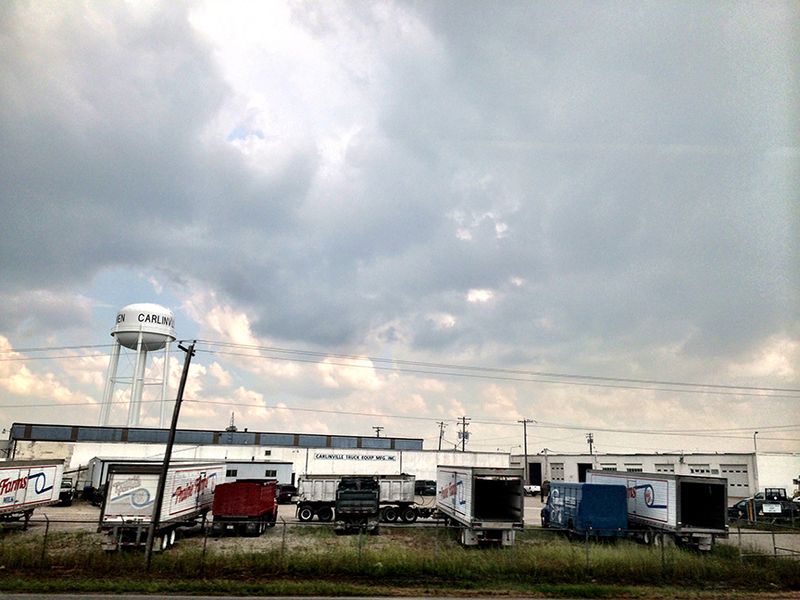 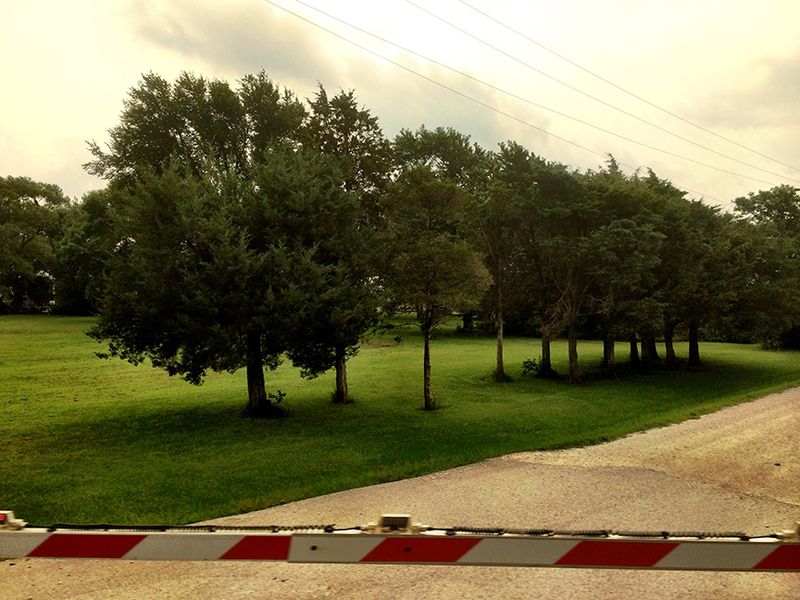 You stop traffic when you’re on the train. 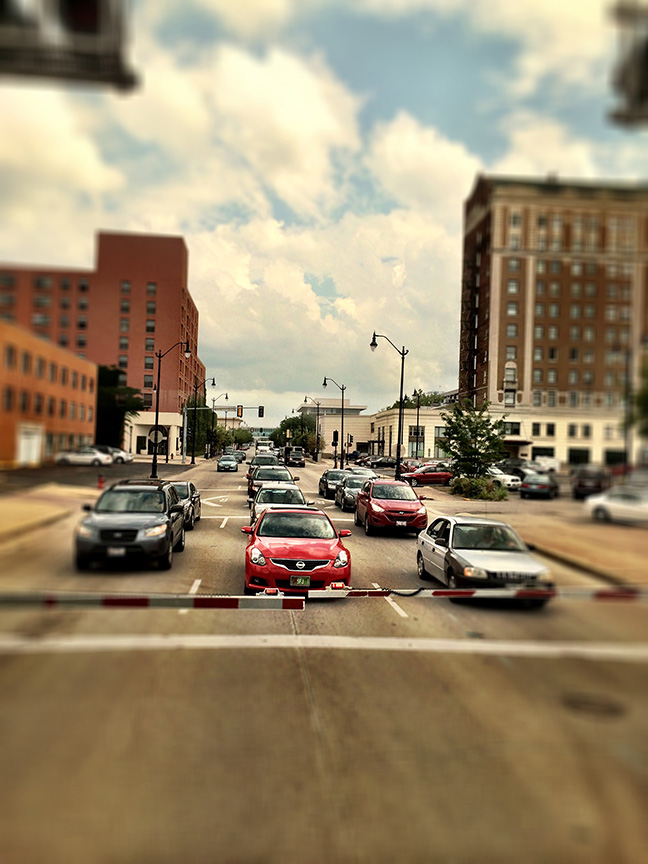 The weather can be doing anything at all, you don't care. 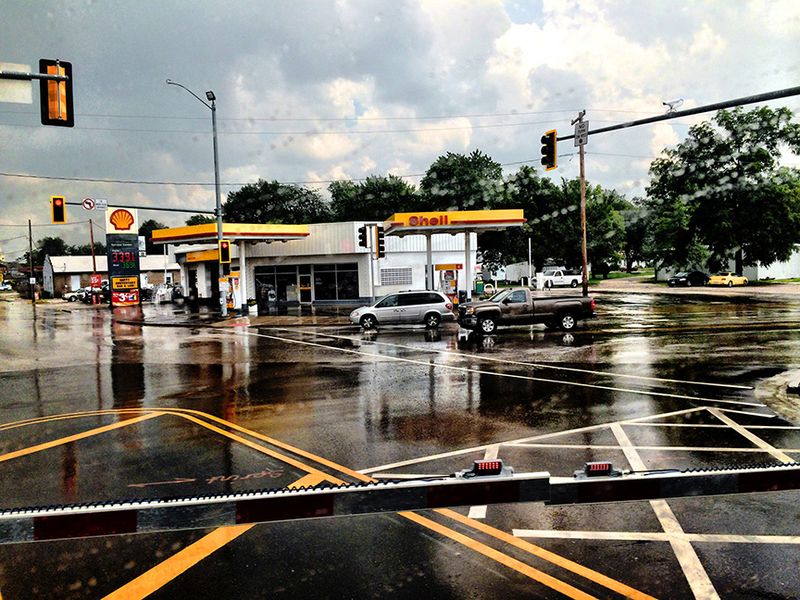 You're on a train. 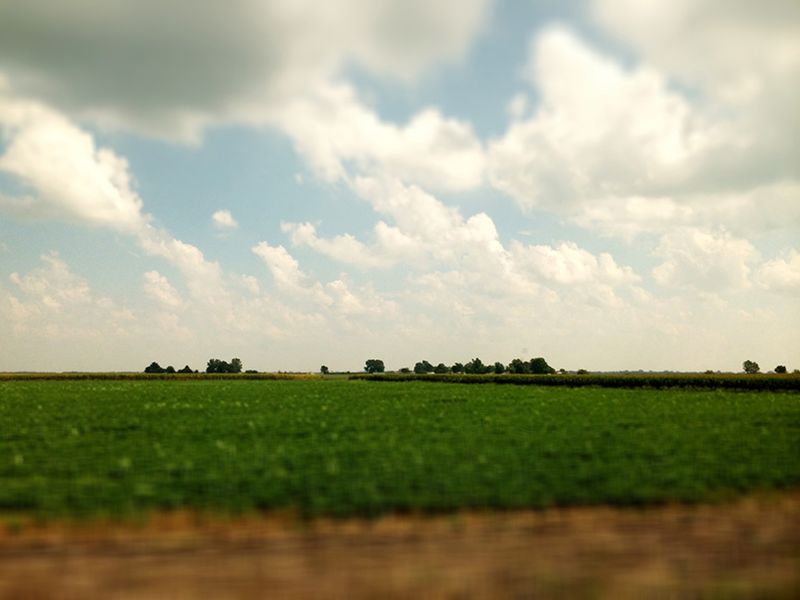 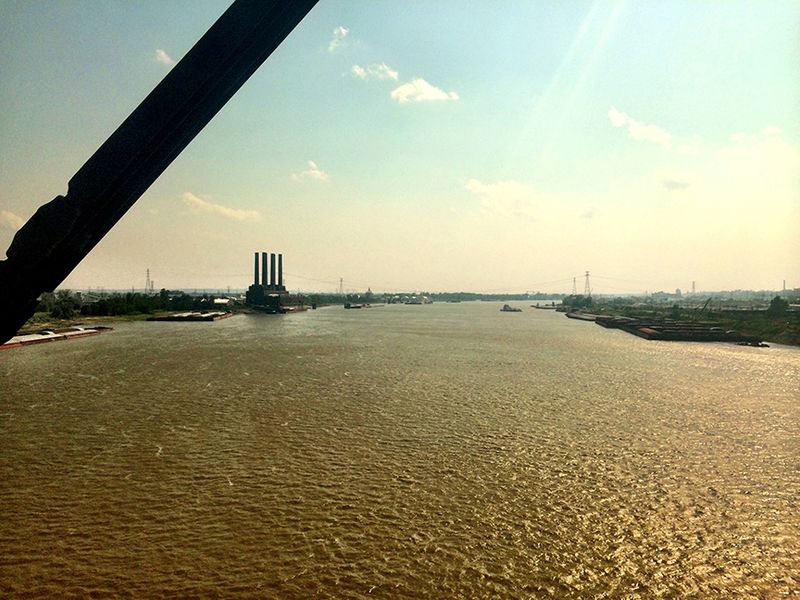 But here’s the thing.
When you talk to Cardinal fans right now? 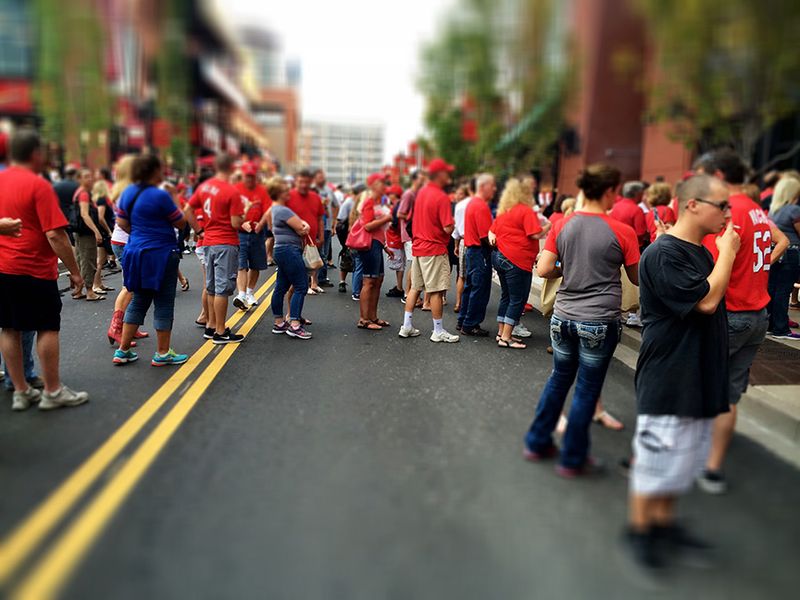 They’re not quite aware of what’s going on in Chicago.
With the Cubs.
They go who is that guy Hendricks I never heard of him. 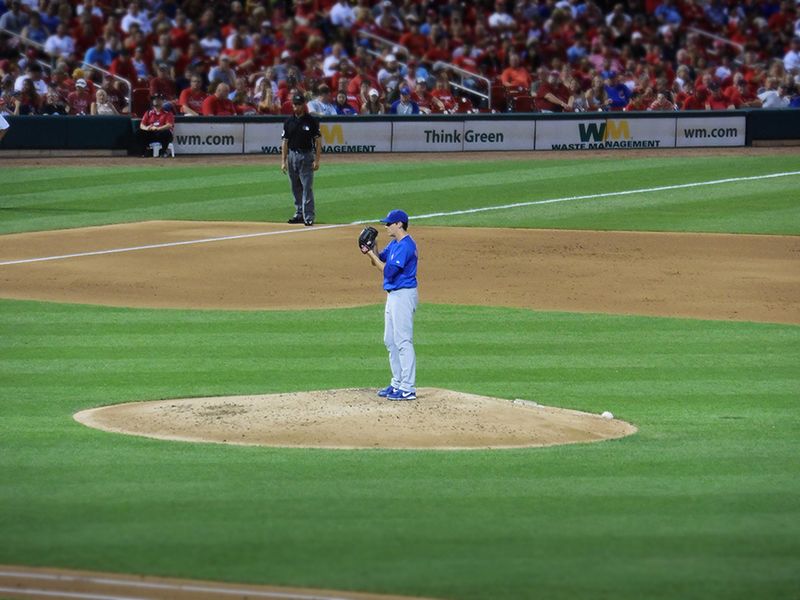 So you say yeah. Don’t know how he does it.
Everybody in Chicago is saying he might be the next Greg Maddux.
I don't believe it, but...
Guy has crazy stuff.

Yeah well Yadier is back they say.
And they all stand and applaud when he comes up. 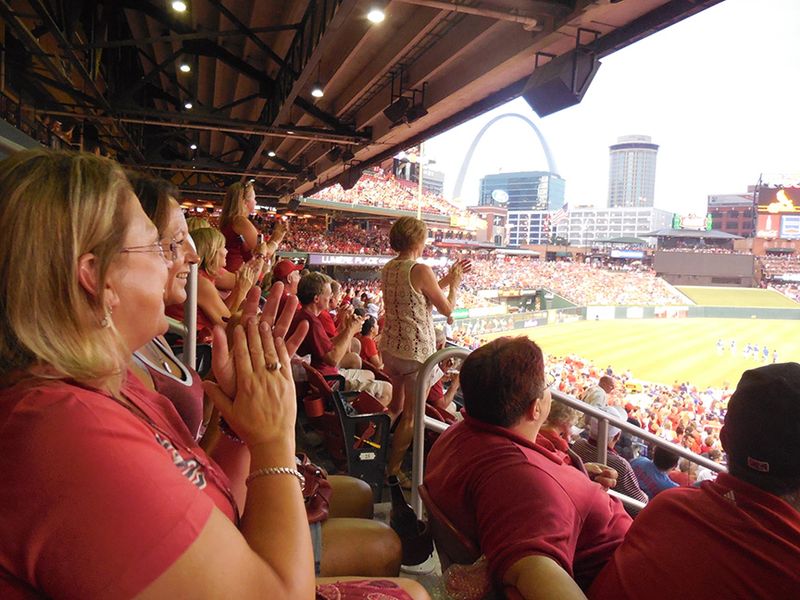 Yes he is and he's very good.
But he doesn't get a hit all night.

Probably just gotta get his timing back, they say. 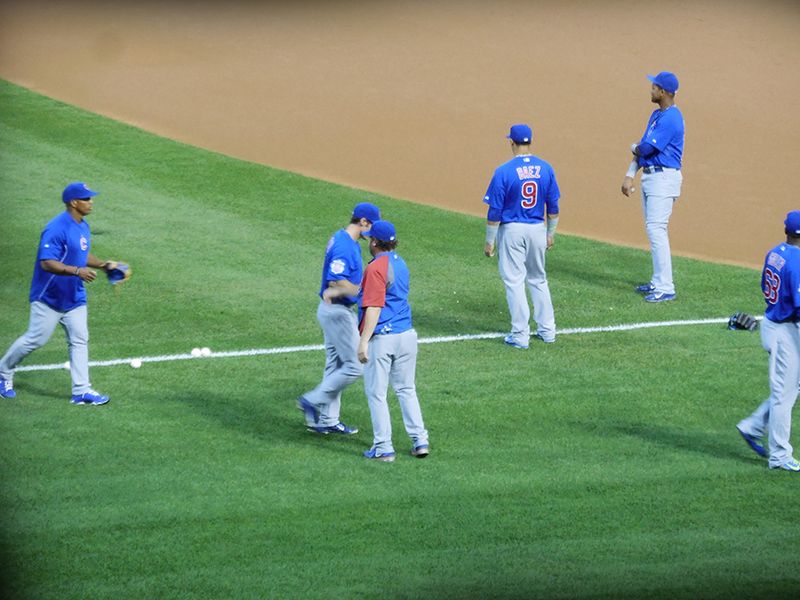 All he does is strike out.
LIke half the time he strikes out.
He must not be very good.
And you say yeah I know he does that all the time.
But watch, sometimes he makes contact and…
Whoops there goes a line drive that knocks in 2.
And the Cardinal Fans go well, he still strikes out all the time.

You say look, its our newest prospect brought up just the other day, Jorge Soler. 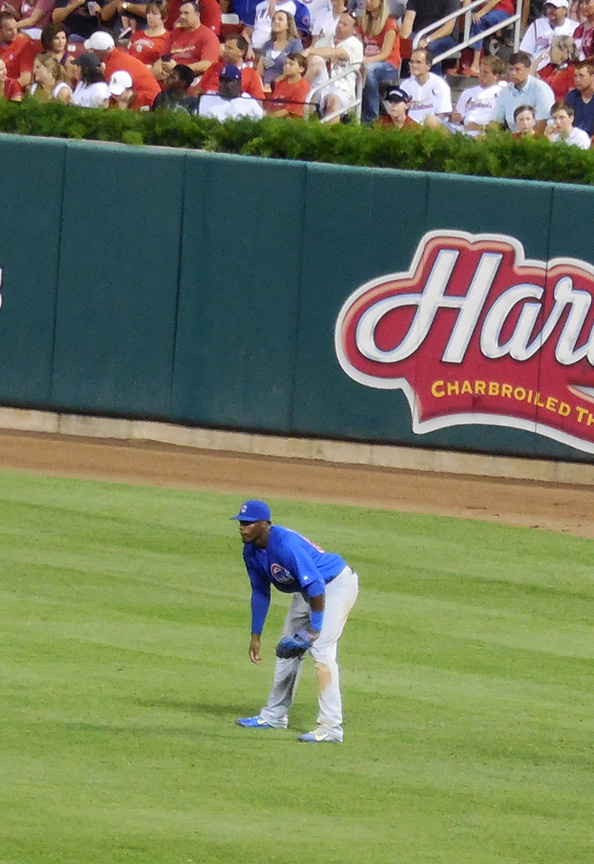 We all watch as he hits one that carries and carries and carries.
We all watch John Jay drift back towards the center field wall.
Back back back he goes, and he even jumps up in the air as if he can catch a ball that’s 15 feet over his head.
As Soler runs past first base, we can all see he is a little pumped. 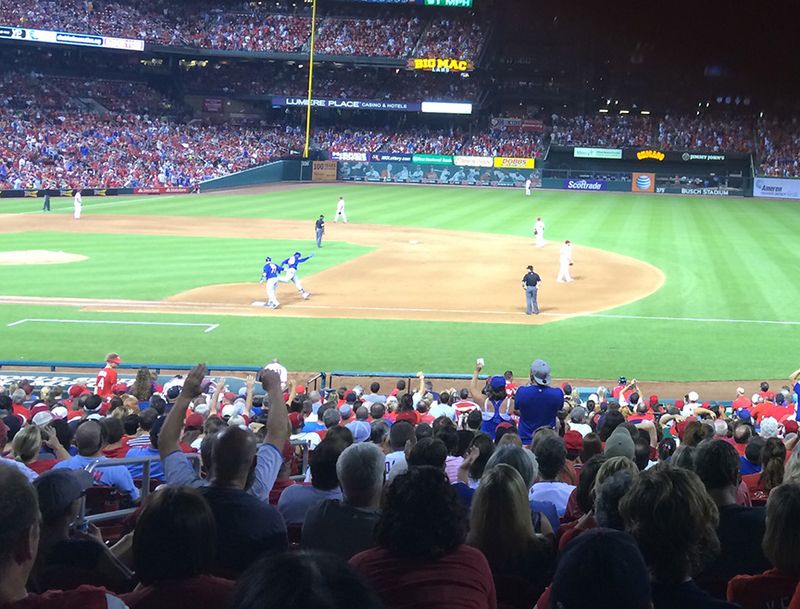 Later, he'll hit another one out that goes so far so fast that nobody even moved before it landed in the 2nd deck.
The Cardinal Fans say who is that guy again?
You say you might want to remember him.
Jorge Soler.

Hey what? There's a guy in his underwear. 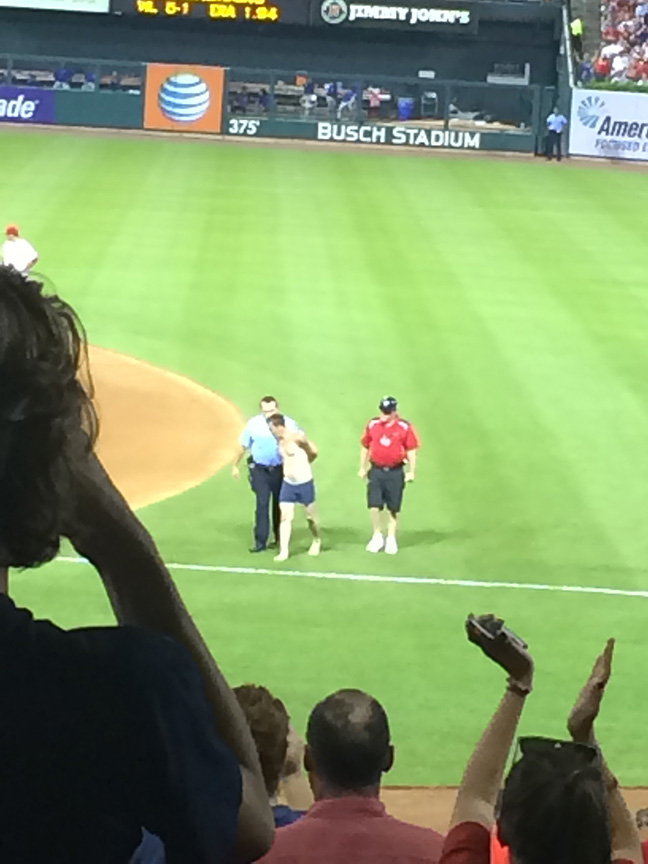 That's the lamest streaker I've ever seen, you say.
Yes, they'll bring him to jail now.

Matt Holliday had knocked in the game's first run back in the first.
But then all he could do was make outs. 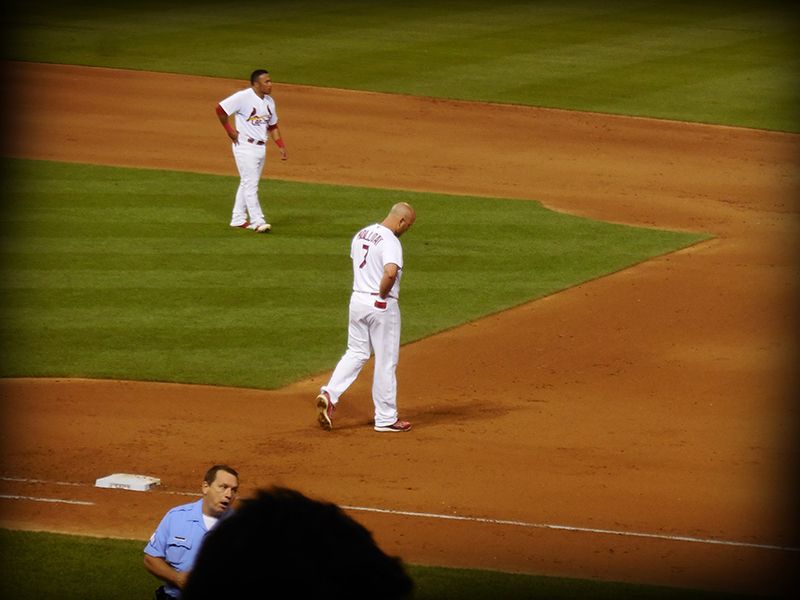 Look, it's the t-shirt girls. 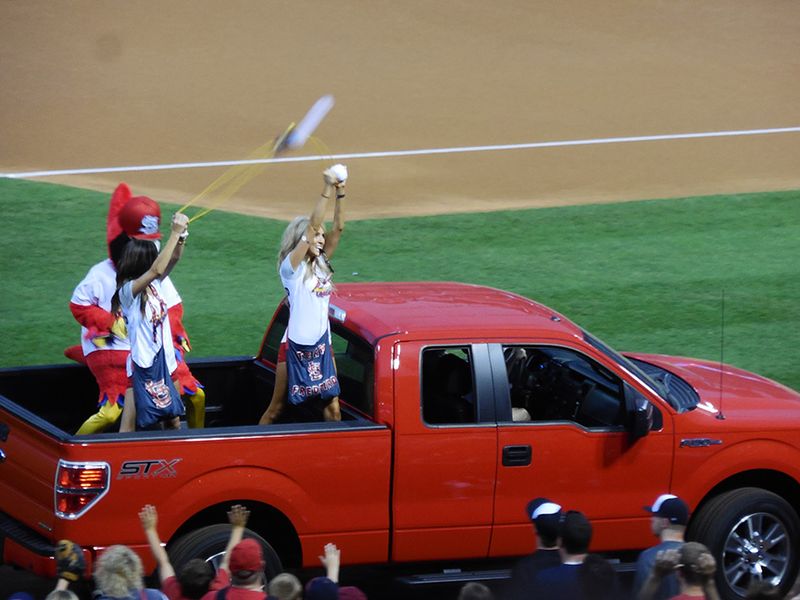 OVER HERE a couple fans yell.
HERE!
But it goes over there.

Oh you say, here's Arismendy Alcantara.
He's the new guy who's been around the longest.
We all watch as he hits one out to center field, and now the score is 7-2 Cubs. 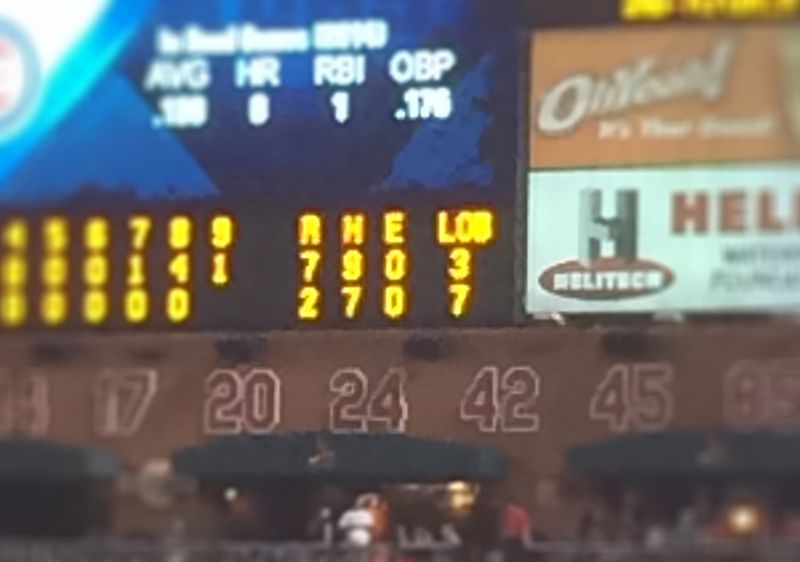 At the end of the game, the Cubs all shake hands. 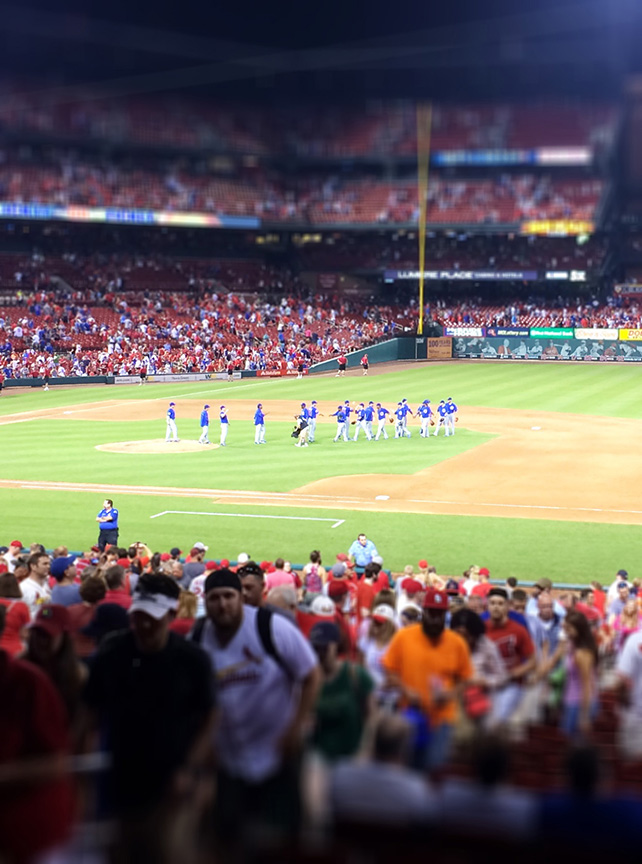 Well crapola, says a Cardinal Fan.
Another one gets out her smart phone and says to you look.
Look at the standings.
Your team is in last.

And you say yeah I know. But it’s different now. It’s a different team. And before this weekend is over… the Cardinals might lose again.
You say this kind of as an apology, and it feels fantastic.

Sounds like a great trip Tim! Hope you're rewarded with at least 2 out of 3. I loved seeing the back of John Jay's shirt all night as raced to catch up to balls that he couldn't get. Reminds me of my '84 trip to STL in late Aug when we lost the Fri game 8-0 (but we weren't worried) Sat game was rained out, then we took the Sun DH 8-1 and 4-2 behind Eck & Trout. I always regret not driving right to Pit for the clincher. Really looking forward to more seasons like that. Wouldn't you love to see Alcantara, Baez, Castro, Rizzo, Soler, Russell, Bryant all in the same lineup? In Theo we trust - stay the course. Go Cubs.

Wow Steve what a memory you have, and what a great memory to have!
Thanks for the fabulous note.

Hi Donna!
It was fun to do with the no quotes thing. I live for notes like this one.
Thanks!

Great post! That was a great game to see live! Gee, there was a lot of buzz in that place by the time Soler hit his second.

That first pic looks like a miniature scale model thing.

Rich, this game was about as cool a game as I've been to in years.
Just fantastic!