It's Memorial Day weekend: Drink beer, plant a garden and listen to the Cubs. 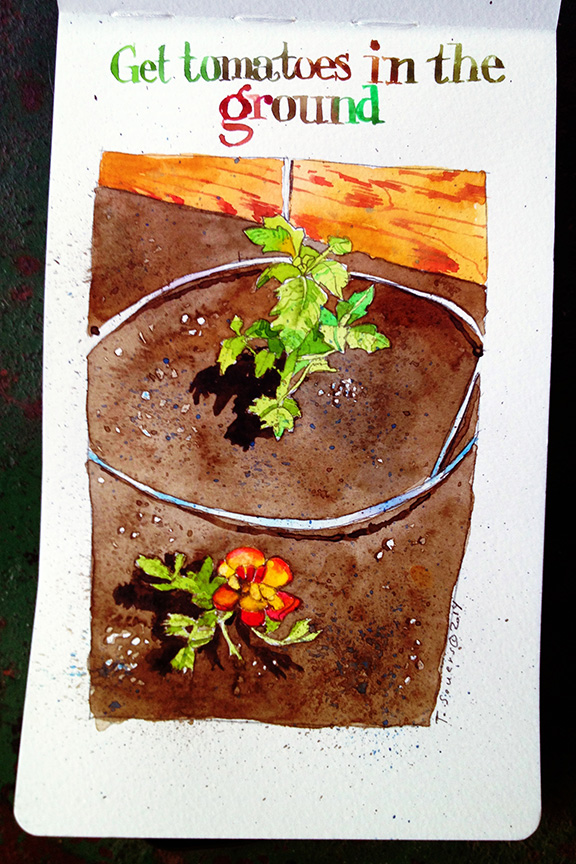 Despite the Samardzija blown game the other day, the Cubs are actually about as hot as they've been all year winning 4 of their last 5, and shockingly have only scored one less run than the Cardinals so far (179 to 180).
Kinda weird.
They beat San Diego 5-1 last night which is always nice since every time I see a Padre the room falls away and it's suddenly October '84 and I hate Steve Garvey all over again.
Anthony Rizzo hit one out, Jake Arietta went 6 with Carlos Villanueva going the rest of the way so the tired bullpen could rest, and Darwin Barney got a hit and raised his OPS to .500.
But far and away the most amazing thing about watching the game last night was a promo for the upcoming Cubs/Giants series when the voice over said (this is very close): SEE MIKE OLT AND THE CUBS TAKE ON BUSTER POSEY AND THE GIANTS IN THE BATTLE BY THE BAY.
Mike Olt vs Buster Posey?
I love Mike Olt, but... man.

Okay so I put my tomatoes in the ground about a week and a half ago, did the painting and kept meaning to put it up because having your own tomatoes is a hugely important part of any summer.
I gave up trying anything big (like the Beefsteak) because they take too long to start producing.
I'm all grape and cherry nowadays so I can make my favorite pasta with my own grown stuff later in the summer.
Yes it's Memorial Day weekend and only one Cub game is on during the day which would be Sunday at 3:10. So go get some plants and dig some holes and make a garden and drink some beer and listen to the Cubs like an American. 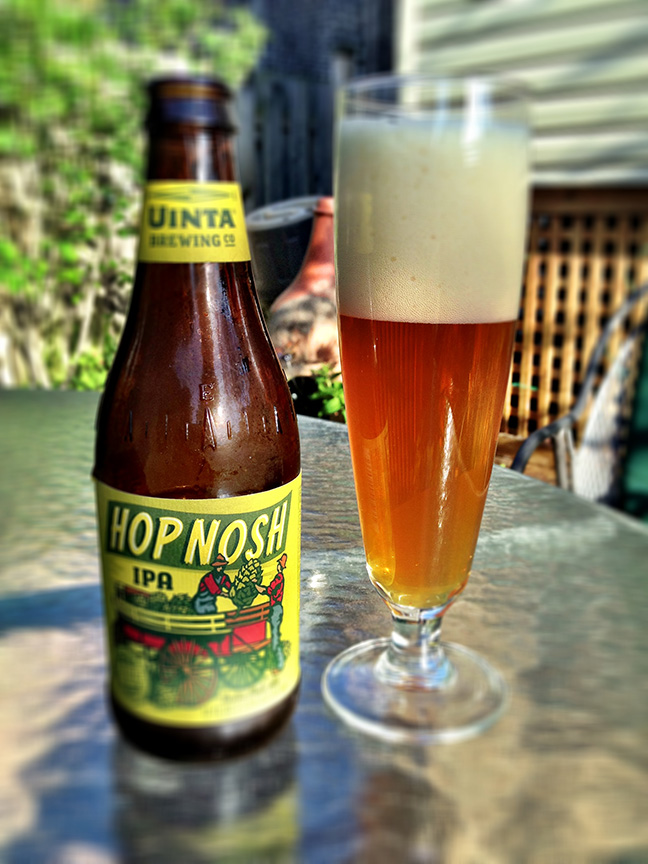 Last thing.
Say "Villanueva".
Now say "Schierholtz"
I don't know why, but it freaks me out sometimes when a word with 2 syllables takes more letters to spell than one with 4 syllables.
Okay....

Jeff Samardzija bangs his head against the wall AGAIN. (gif)

Hey Everybody - IT'S THE PARTY OF THE CENTURY!

Didn't you just know that was gonna happen?
That Jeff Samardzija would get hosed, the Yankees would tie it up in the 9th and then stick the barbed wire in your bloody palms and force you to watch the Cubs lose in 13?
I can't even read the sports page or anything online about Jeff Samardzija's reaction to the latest loss.
Because whatever he says will be about the team and what a shame they didn't win.
It's the way he is.
It makes my physically ill that he's on the worst Cubs team ever.
(More on that later, because I can't stop talking about it and why that is.)
Just imagine Jeff Samardzija on a good team.
A contender in a big city.
He would own the place.
You've seen him since day one.
Charming, humble, talented, tries harder than anybody, the Good Example, all about the team, all about hard work...
He's literally everything you'd love about a guy who was the stud pup of your city's championship team.
He worked his ass off to get where he is now, at 29 years old one of the best starting pitchers in any league.
This should be his year.
He should be a national revelation.
He should be throwing a one hitter against the Cardinals on Sunday Night Baseball as the 2nd place Cubs win 5 zip and take over first.
He should be turning down Golf Mill Ford New and Used while the people at General Mills are talking about a Samardzija Wheaties box.
The whole country should be trying to spell Smargia...Samarjeea...Smarjya...
If he's a 1st place Yankee, he's invited over to Jay Z's.
If he's a 1st place Dodger, he's invited over to Gene Simmons'.
Okay maybe not interested in meeting Gene, but you know what I'm saying.
All he gets to talk about is another shitty loss during a crap season on a terrible team he had no idea could even exist when he signed his contract with that stupid general manager cowboy, Jim Hendry.
I wish the Cubs were good, and he was the toast of the town instead of the latest Chicago definition of tragedy.

Okay done with that talk.

But here's the rest of the story.
The rest of this summer will be the most challenging time of your Cub Fan life.
When Nate Schierholtz comes up with runners in scoring position and the game on the line, he's not going to get a hit.
As soon as next year, you'll merge Jeff and John Baker into a player to be named later which couldn't come soon enough.
In 5 years when people ask you who Emilio Bonifacio is, you'll say, "Wasn't he that doctor on Chicago Hope or Chicago Code or... something with Chicago in it?"

What we have to do now is try and keep it together for one more year.
And if there aren't real signs of actual Cub major league baseball next year? 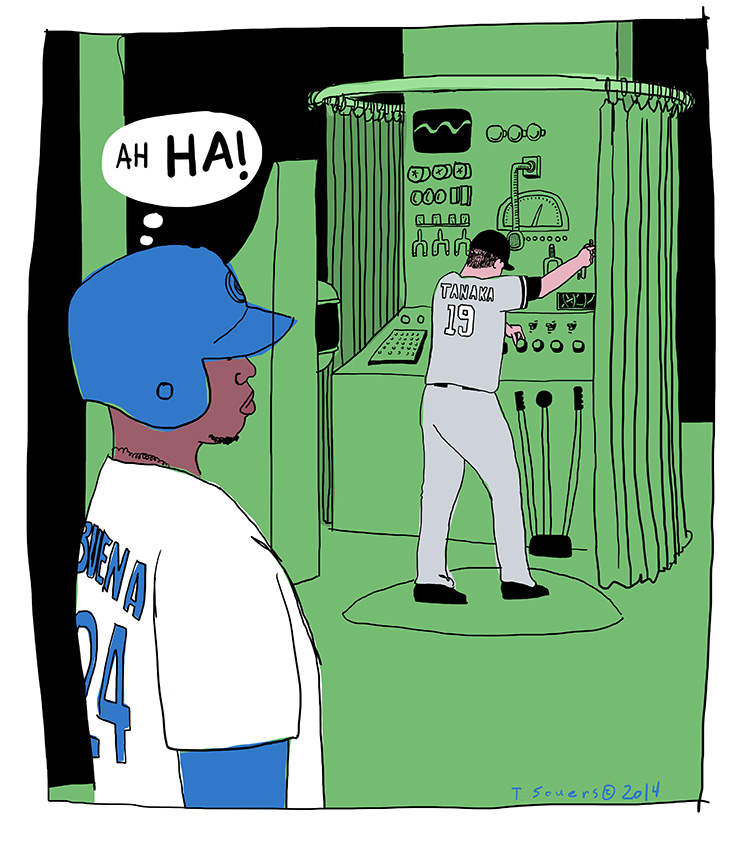 After the end of the first, I felt dread.
After Emilio Bonifacio grounded out.
After Junior Lake struck out.
And after Anthony Rizzo struck out.
This is gonna go exactly as everyone expected: nobody can touch this Masahiro Tanaka guy.
Then came inning number 2.
Starlin Castro smoked one.
Jeter caught it, but man that was solid contact.
And then Luis Valbuena smacked one too, a double.
Schierholtz and Olt could only get him to third, but still... Valbuena might have figured something out...
Next inning I thought they'd call a rain delay when John Baker slipped going around first and settled for a single after fairly crushing one out past Alfonso Soriano who was playing right.
Hammel moves him over and then Tanaka throws a wild pitch.
Baker to third.
Then Bonifacio hits a single scoring Baker and it's one nothin' Cubs.
Junior Lake hits a grounder and slips going out of the box.
For SURE they're gonna call a rain delay... but it never happens.
The Cubs get to Tanaka with 8 hits and 4 runs.
Mike Olt had a single knocking in a run, a sac fly knocking in a run, and walked to force a run too.
How refreshing for him!
Luis Valbuena went 3 for 4 and scored twice.
Popped all Tanaka's balloons.
Found him behind the Oz curtain twirling dials.
Tanaka's first loss since coming to the Bigs.
Nice.

Cubs win in the rain 6-1 and that is something to put a smile on your perpetually sad Cub face, my friend.

Hey, look who's picture is smiling at you from the stats page on ESPN: 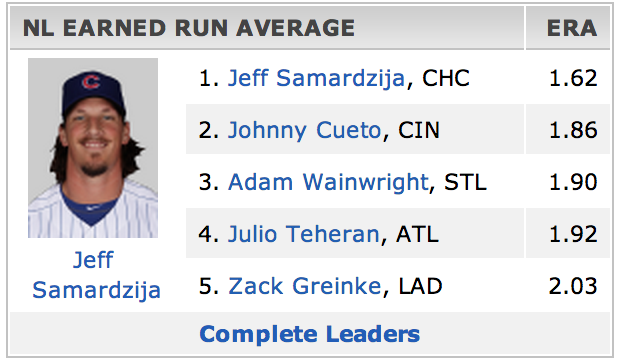 I'm not saying anything because I think I'm a jinx.

Not saying anything about the Hawks, either, except there was a rumor going around that Andrew Shaw was skating in practice so...I'll put this up again. 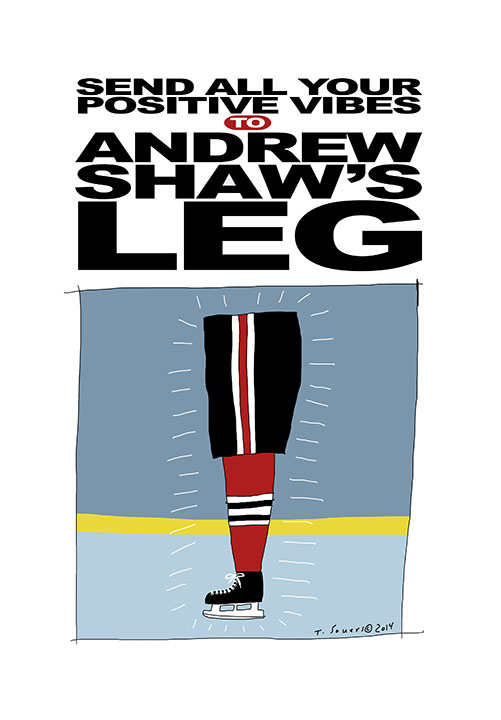 The history of the Cubs v Yankees in 10 seconds (gif)

You don't have to be a fast reader to notice the Cubs haven't done so well against the Yankees.

Funny.
The only one of these games I remember at all was when Kerry Wood beat Roger Clemens.
Because that game was cool.
It was 2003 and Wood was the young gun and there was a real purpose behind the Cubs (Big League team) back then.
Clemens came to Wrigley looking for his 300th win, and Wood said hey man this town's too small for the both a us.

With today's Cubs... I bet the Red Sox are all saying man, it ain't fair the Yankees get the four freebies against Chicago.

Maybe Jason Hammel can shut 'em down and Tanaka can lose.
That guy lacks a sense of humor, and it would be nice to take him down a notch.
Who knows?
Doug Davis beat the Yankees once.

Have you seen this new MLB Farm site?
Once you go, you'll probably spend a couple hours because it's a freakshow of easy information that seems invented for Cub fans, since you can track Kris Bryant and The Boys Below the Bigs.

And one day the Yankees will come to Wrigley Field and it'll mean something.
They can do the promos on tv about history and rivalries and not have it come off like a joke.
For now, a win against Tanaka would be a gift from the Baseball Gods.

Cubs 3 Brewers nothin'. Some photos from the game.

I can't belive it took me this long to get to Wrigley this year.
But it was kind of a great day to finally make it with the Cubs shutting out the first place Brewers 3-zip.
The first thing, of course, was seeing the green Wrigley sign.
Weird. 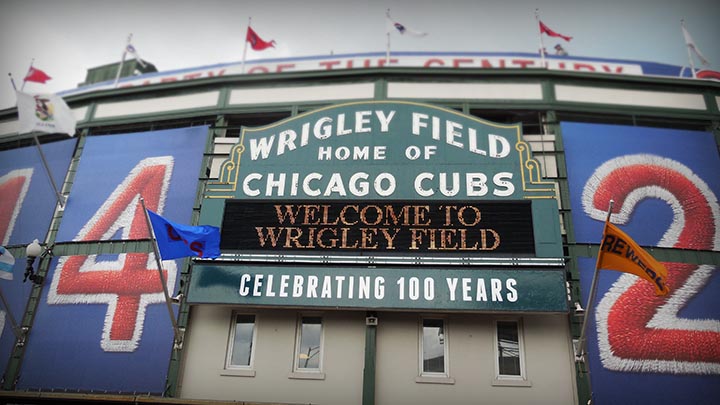 Hey! Someone got married! That's CRAZY! 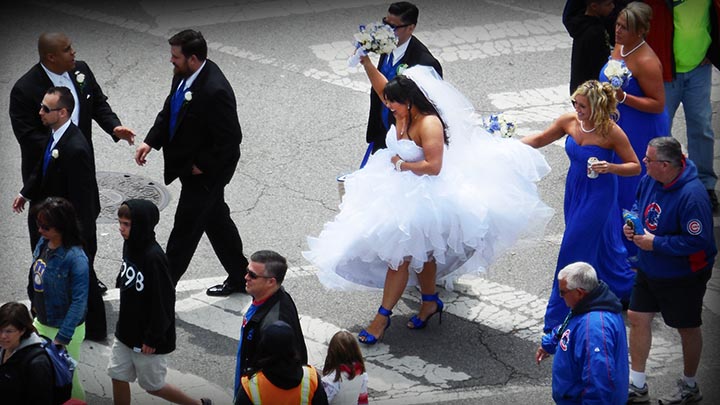 I remember reading there was a big deal about Old Style still being served, but the real drag was no Red Stripe. 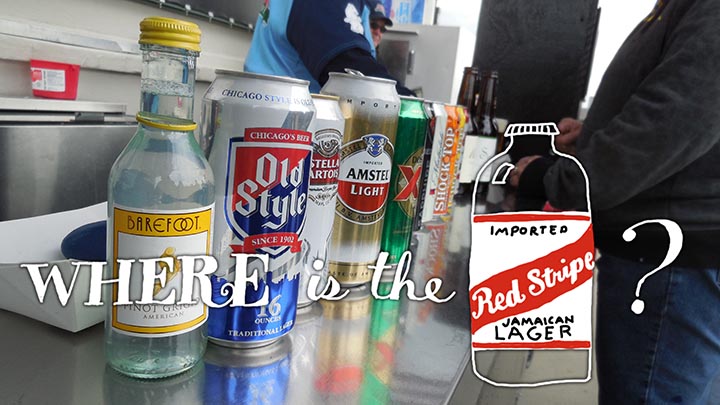 And inside, there were no banners or anything at all featuring the players. (I didn't see the mural) 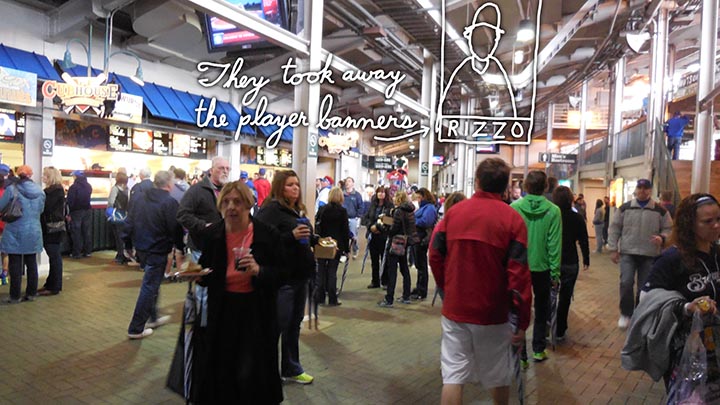 Outside, well there weren't alot of people there. (edit: the official attendance on the box score says 36,671? Really?) 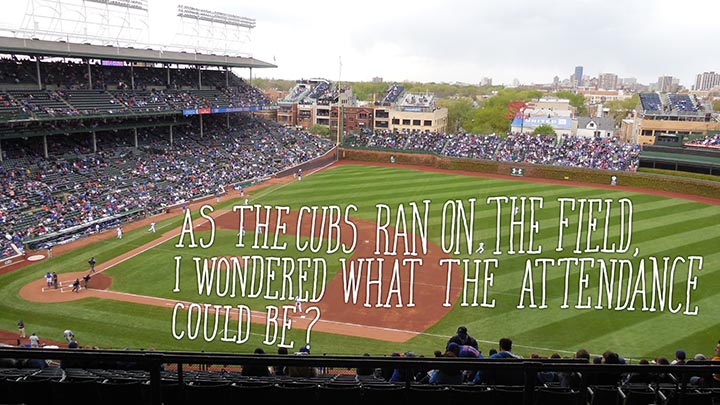 The guy in front of me wore this. 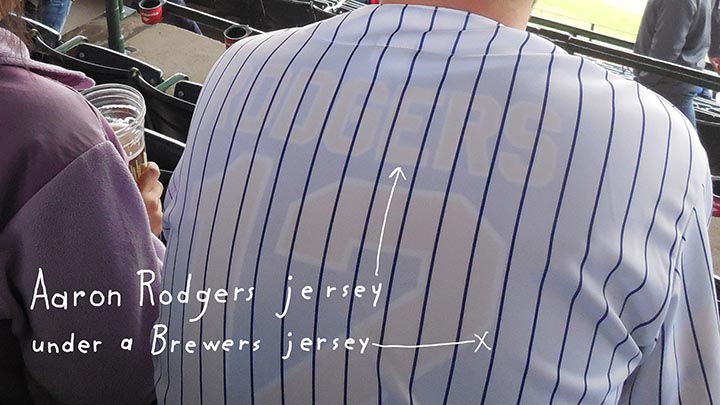 When Ryan Braun came up, he was treated appropriately. 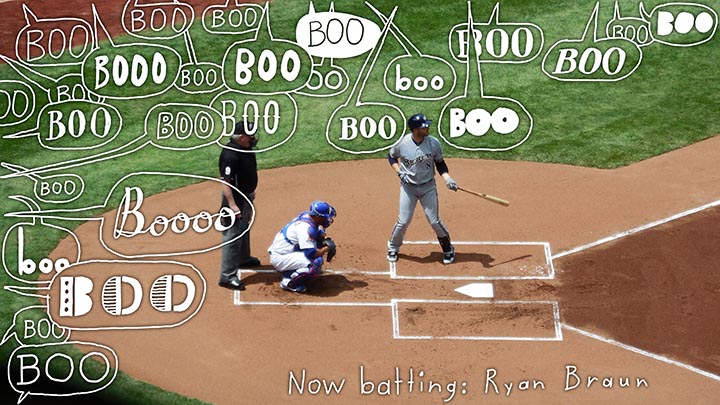 Then he hit a single.
Jag.
But then the Cubs came up and scored all the runs we'd see all day.
Bonifacio led off with a bunt which was cool.
Coghlin moved him over, then Starlin Castro dang near hit one out, but it still scored Bonifacio. 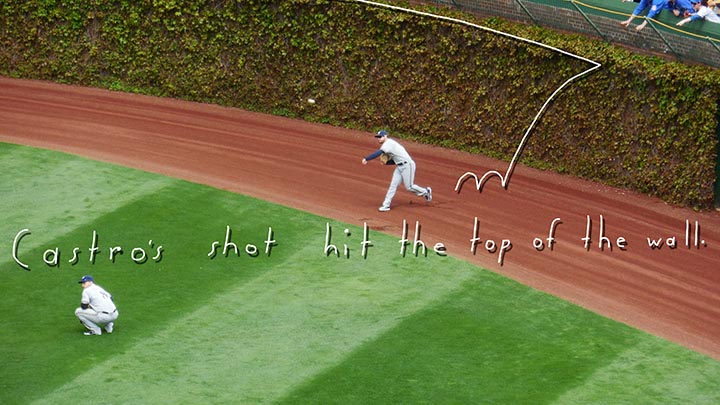 Then Welington Castillo hit a double and it knocked in the rest of the runs and I said... 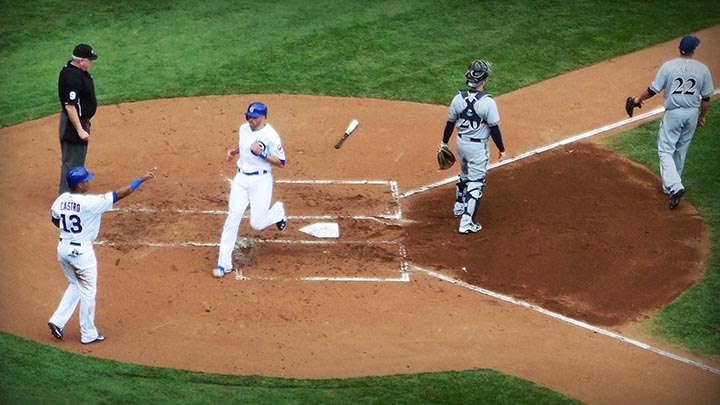 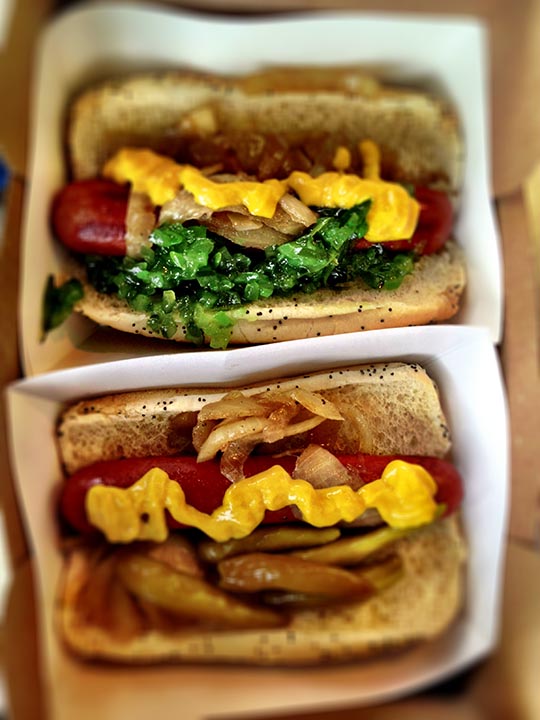 Matt Garza ended up pitching his way out of Chicago. 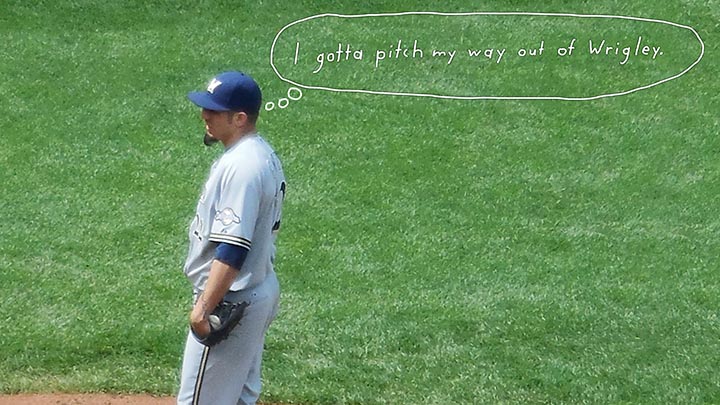 I can't believe it, but I never got a shot of Edwin Jackson, who was really good with the 7 innings of 4 hit, 11 strikeout, shutout ball.
But I did get this shot of Neil Ramirez.
Don't you love this guy?
Struck out 2 in his one inning. 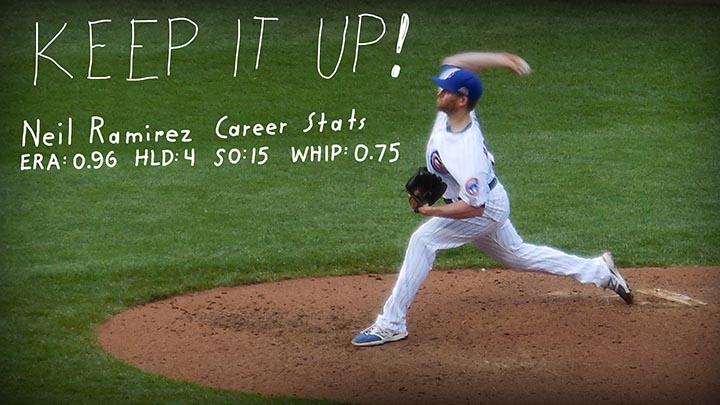 My main man Mike Olt didn't look so hot, so no photos of him today, but I guess no post featuring photos at Wrigley is complete without something about the ivy, so... here. 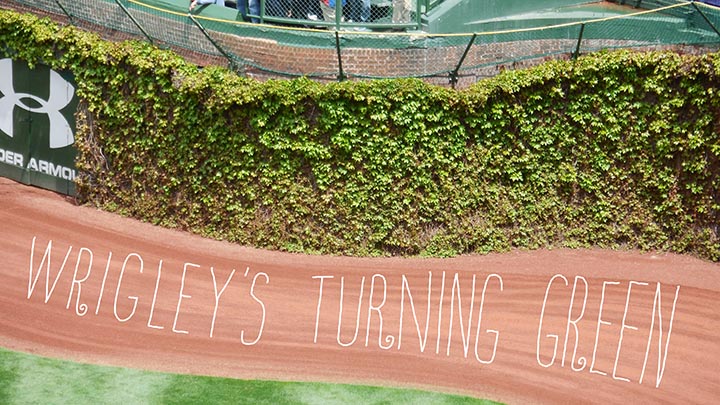 Today it's gorgeous out, and my buddy Oif is going with his kids.
Hope they see a win.

What if Jeff Samardzija became the first All-Star pitcher without a win? 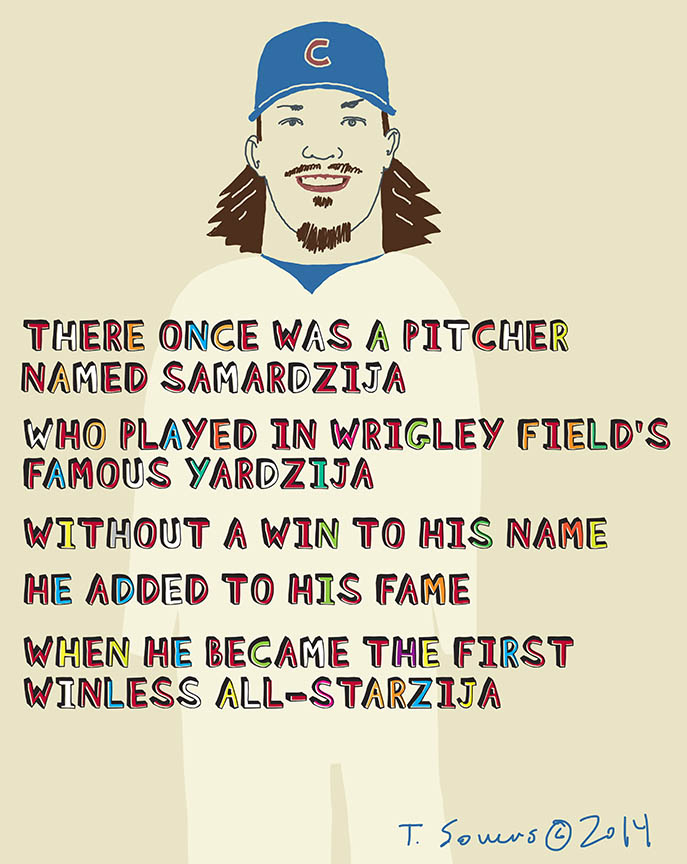 Seems like I've done too many posts about Jeff Samardzija not getting a win despite his excellent numbers.
Here's the ESPN NL pitching leader board: 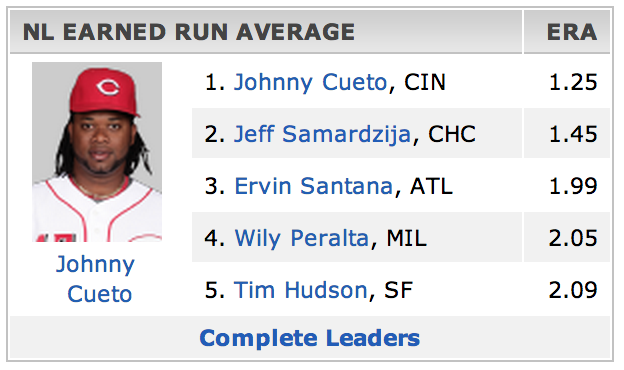 Despite that, not a win for Jeff so far in 2014.
Not gonna get into the when will they trade him thing, I'd rather he just get a win.
Against the first place freaking Brewers.

This idea came from a comment from frequent commenter Bud.
Thank you for that and to all who hate limericks well all I can say is... me too but sometimes they make me laugh.