« Wrigley Field. Home of the Reds. | Main | The day I saved Rick Sutcliffe from an elevator. (cartoon) » 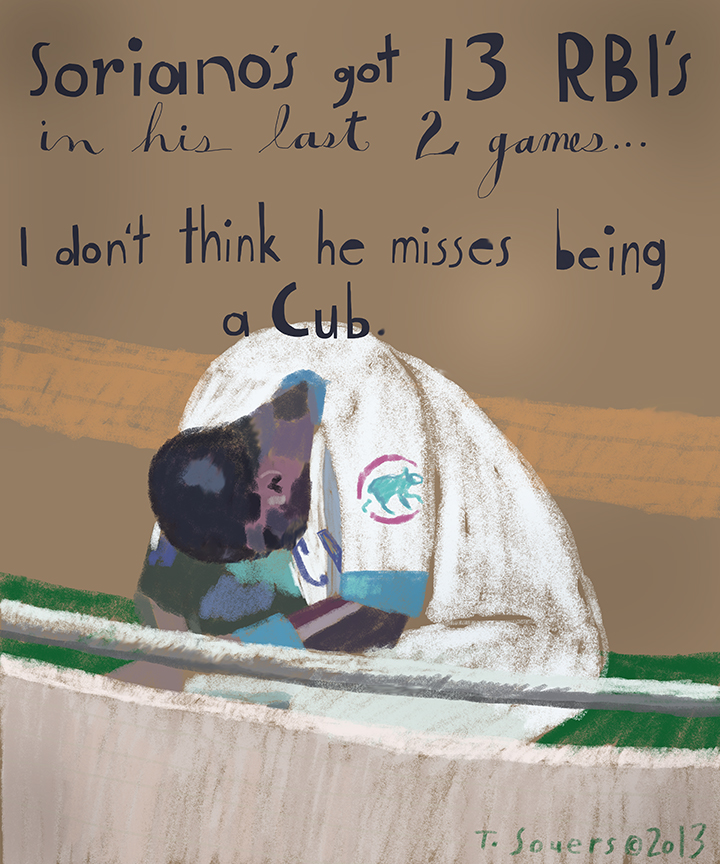 I have not been paying attention to what the ex-Cubs are doing. But geez!, 13 rbi in 2 games!?!

When the trade was made I though the Yankees were thinking next year. I guess Soriano still has something to say about that.

Yeah, I know they're kind of an afterthought this year, but Soriano really gave them a jolt.
It would be nice to see him do something that mattered...