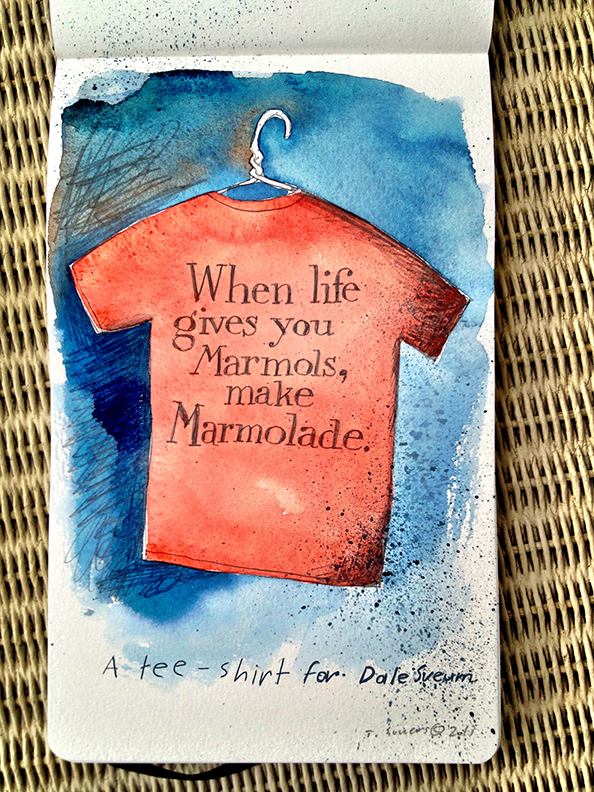 Really, I don't know what else they can do, our favorite team.
There are no young guys ready to come up and be good.
Carlos Marmol will never throw in a save situation again, but they're going to keep trotting him out til his contract is over because there simply isn't anybody else, and in the grand scheme of things this year just doesn't matter anyway.
Sure, you wish there was anybody - maybe somebody from AA or even a busboy - who could come in and pitch instead of Marmol just because it's so painful, but...
Sometime later next month, Theo and Co. will trade off the parts they can for prospects again.
We've known this since March.
Or really, since Theo was hired.
The Cubs will be in the running for another top draft pick, next year Marmol will be gone (his contract
"expires in 14 weeks") and I would expect the Cubs to be in the first year of sort of playing real baseball.
In the meantime, nobody should be getting mad at Dale Sveum because he's just...making Marmolade.

Rotten day in Chicago yesterday with the Cards winning 5-2 and the Blackhawks getting shut out zeero to two.

But I did get a text from Dickie the Cardinal Fan down in St. Louis that said, "He was out".
Small consolation, but whatever.

Gotta run and tomorrow's a travel day so see you after that.

Yeah, he was out. But today, Castro missed the bag! Sometimes these things really do even out!

Hi Rich!
These THINGS even out, but I'm waiting for the day when these TEAMS even out.
Still gonna be awhile.