It is what it is with the Cubs. But not for too much longer, right? 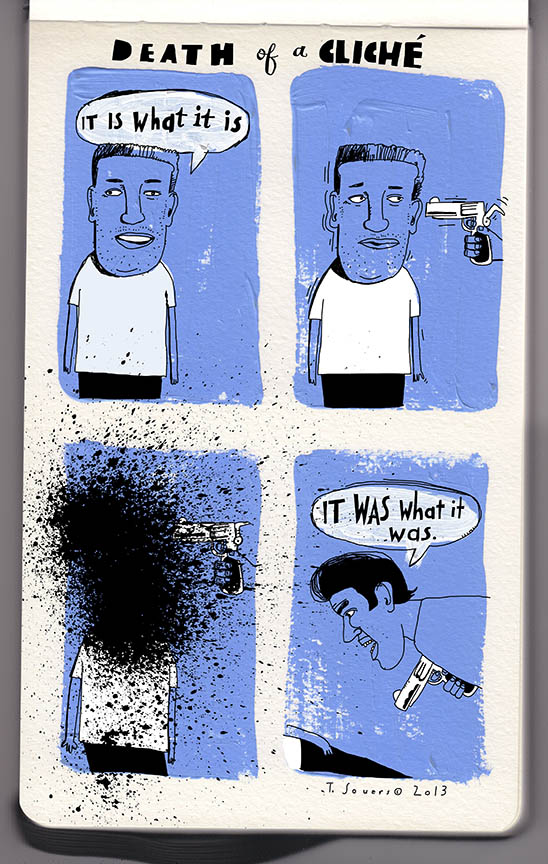 Not gonna talk about the Cubs getting swept by Pittsburgh.
But somewhere in the last week or two, not exactly sure (but maybe it was about Ian Stewart or something), I heard SOMEbody say "it is what it is".
Or maybe I've heard it about a thousand times in the last couple weeks, I can't remember.
But it's the most annoying cliché ever.
I looked it up on Urban Dictionary and it was voted #1 cliché of two thousand frickin' four.
That's a long time for a cliché to hang around.
It also says it means "fuck it" or "implies helplessness" and that it's "popular within the circles of coaches".
Does it apply to our favorite baseball team?
Yep.
But today I'd rather look forward.
Think about the day when "it is what it is" will die.
In the big picture... in the grand scheme of ALLLLLL the history of baseball, the time between now and when the Cubs can "contend" is like... well say you were a mosquito and you only lived for 105 minutes? Then the time between now and when the Cubs would contend is only like a couple minutes!
Awesome, right?

Okay, just wanted to pick up your spirits there.
Have a fabulous Memorial Day Weekend and...
Go Cubs!

Tags: art, art image, baseball, cartoon, Chicago Cubs, illustration, it is what it is, world series