What to think about Carlos Marmol? 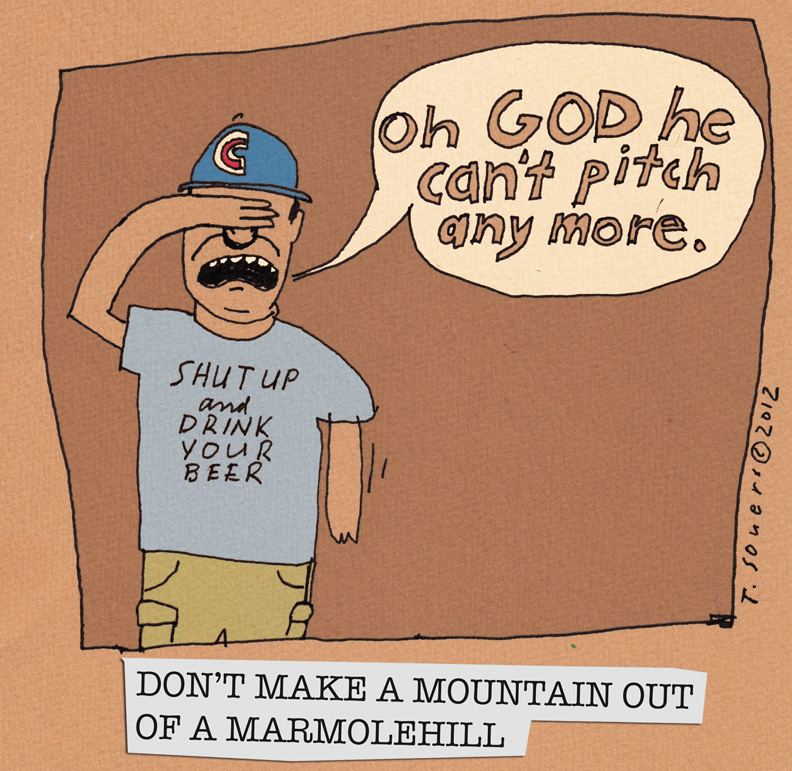 Man, that is one crappy pun.
Sorry.
Yesterday Carlos Marmol had his second awful outing in a row, going 1 inning and giving up 2 hits, 3 runs, 2 walks, and one strike out.
The game was actually on WGN AM 720, so I got to hear bits and pieces including the Marmol part.
Keith Moreland sounded like he just found out there was a death in the family.
I was shocked, too.
You mean to tell me Carlos Marmol is...unreliable?
That every batter in the league knows you don't swing at a Carlos offering til he throws a strike or maybe 2?
That along with his sick slider is a sick feeling for you and me when he can't find the plate?

Well, if you didn't know that, get used to it.
He's the closer unless Dale Sveum says he isn't, and we're just gonna have to Alka Seltzer up when he comes in.
Remember, sometimes he's that other guy who not only strikes everyone out but makes the best batters look like fools while he does it.
So it won't always be awful.
And it's too damned early in the season to freak out anyway.

On the other side of the day, Paul Maholm got over his flu-thing, pitched his first spring start as a Cub.
Couple innings, couple hits, a run, a strike out and NO WALKS.
Kinda cool.
It's weird, this pitching staff.
I wonder how many of these "average" guys can be effective in the bullpen, and how many Theo's just saving for later in the summer as trade material.
Maybe somebody like a Detroit really needs a Maholm to fill in for a July injury and Theo can say, "Stick 'em up!"

Lastly, I wore flip flops to work today.
Drove in before the sun was up with the top down.
Took this photo out the window at 7:19am on my iPhone with the tap tap tap Camera+ app, and filtered the shot for sunset and "lo-fi" effect. 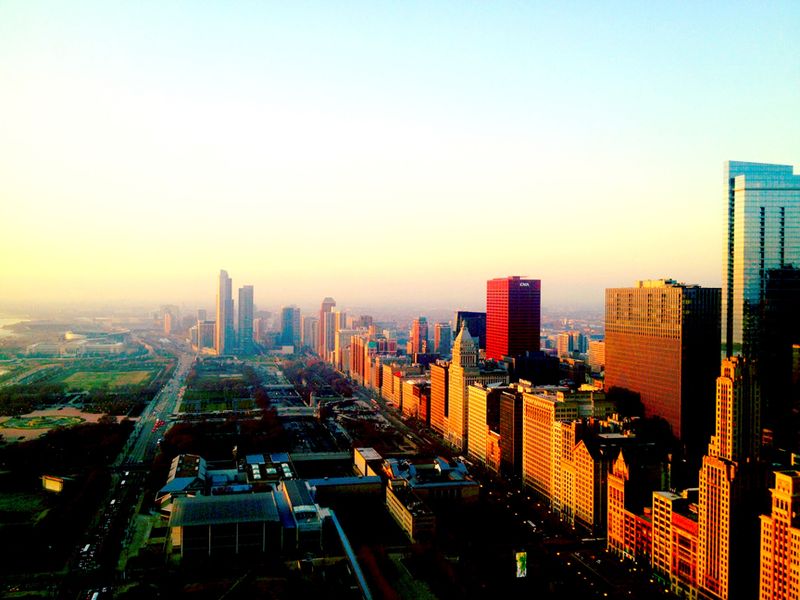 Marmol is what he is. Sounds like that will remain true in 2012.

Fantastic pic! How long did you have that office before you were able to get any work done? It would be at least a month for me I am sure (which is why I would never get that office in the first place....)

Hi Rich,
Im with you.
He is what he is.
The office does have a nice view, but most of the time Im lookin the other way at the same thing Im lookin at now.

Man, this weather is really teasing us for baseball, but I stayed up for an amazing shoot out win by the Hawks last night!

WAS THAT THIRD PERIOD NOT AWESOME!
So happy for Crawford.
Fabulous analogy, and we heard this from Theo at the convention: the weather and air aint fair in Arizona. Pitchers cant control their movement, and hitters can hit like crazy.