What about Dale Sveum, Cub Fans?

Apparently today's the day former Milwaukee Brewer hitting coach Dale Sveum will be named the new Cubs manager.
And I guess I have no choice but to be super-excited, so dammit I AM SUPER-EXCITED!
He played for 12 years under guys like Tony LaRussa, Gene Lamont, Jim Leyland, Joe Torre and Lou Piniella.
If I did the math right, those guys combined for 9,030 wins!
Well, that doesn't really mean jack.
But probably it's better than choosing a manager who played a dozen years under Gene Michael, Lee Elia, Jim Essian, Bruce Kim and Mike Quade, right?
I mean, hopefully he learned some good things.
Dealing with huge egos from ex Yankee skipper Torre.
Maybe he picked up the instincts of LaRussa, or how to bark from the dugout for 3 hours straight.
Jim Leyland knew how to win at Wrigley Field, that's important.
And Gene Lamont had big Chicago roots, growing up in Kirkland a big Cubs Fan and winning the AL Manager of the Year with the White Sox.

On the other hand, if the Cubs lose their first game and Dale says, "What are you gonna do?" I'll go stand on the el tracks.

What can we find out about the Cubs on the new iPhone?

You guys have seen this commercial, right?
Shows people walking around asking their iPhone 4s questions like, "What's my day like?" and it answers both verbally and with a page of information.
It's amazing.
I immediately took advantage of this commercial with my old, normal iPhone.
You can, too.
Even if you don't have the new iPhone, go into any public place and talk to your phone.
Trust me, you're cool.
In a crowded elevator, pull out your phone and just say, "What time is my meeting?"
Or even better, be specific yet vague with, "What time is my meeting with the President?"
Impressive?
You bet!

Couple weeks ago, my wife says, "Our phone contract is up, wanna get a new iPhone?"
Uh, YEAH!

Seriously, it's amazing.
Right now, I'm in New York.
The hotel I'm at charges $9 for a bottle of water, I don't even want to find out how much breakfast is.
So I got out my new iPhone and asked Siri, "Is there a McDonald's near me?"
Siri says, "I found 17 restaurants matching McDonald's. 14 of them are fairly close to you."
Like, a block away.
I swear, it's the coolest thing.

I don't understand it either.

Chicago Bears attack so furious, Lions didn't know what to do.

That was SOOOOOO satisfying.
A laugher.
A walk in the park.
A return to the way it should be.
The Chicago Bears beat the Detroit Lions every way possible.
Yeah, you can look at the stats and see the Lions win in nearly every category on offense, but that includes 6 turnovers to the Bears 1.
The Bears are at their awesome best when the special teams and D beat the snot out of the other guys.
And the special teams and D beat the Lions 21-zip.
With no offense at all.

The announcers kept saying things like, "Well, nothing is going Detroit's way."
There's a reason for that, and it's called getting your ass kicked so hard and so fast that your head spins off it's axis.

What else?
Mike Metheny gets the Cardinal manager job.
Read "Bernie Bites" in the St. Louis Post Dispatch.

Alot of Bernie's content could easily be the same article written about Ryne Sandberg by somebody at the Trib had the Cubs hired Ryno.
Respected, born leader, yada yada...
Will he be a good manager?
Who knows.

But Metheny's hiring and Tony LaRussa's absence sure changes the whole feel of the Central.

I hope the Cubs figure out their guy soon, because the suspense is killing me.

Lastly, an injury to Awesome Hawk Brent Seabrook.
"Lower body injury", says the Trib.
Not good.
These vague descriptions of injuries freak me out.

The way ESPN announcers talks with their hands has been bothering me for years.
Especially the newly recruited ex-player.
Actually, it's not so much talk with their hands as it is distract - like their hands are pigeons, or small monkeys being electrocuted.

You know these guys don't start out like that, right?
Because nobody does that naturally.
There has to be an ESPN School or something.
Maybe a class called "Talking on ESPN 101"?

I've taken presentation courses for advertising.
There's some expert guy and he sets up a camera in a conference room and other people you work with are watching and you're nervous and you do a presentation and answer tricky improv questions and they critique your performance and give you a digital copy of the thing you worry people who dislike you might put on You Tube.

Imagine if you're a freshly retired pro football player going to ESPN School.
There's probably a camera crew and an anchor desk. You'd be in there with pro announcer-teachers and a previously taped game, and you have to do "color" or whatever.

But then there's the other part, where they teach you how to actually be on camera like you were doing pre-game or talking at the half with Mike Ditka or "Jaws" or guys like that.
And you say, "He can run! He can catch! It's time for a Matt...Forte payday! Chicago Bears: do not forsake Forte!"
And the ESPN Teacher goes, "NO! For a sentence like this, you have to hold your hands in the air as if you're doing the five dollar foot long song, and shake 'em up and down to emphasize your point!"

Pretty soon, it's just natural to swat at invisible bats whenever you open your mouth to speak.

Anyway, if you hadn't noticed this before I apologize because...well no I don't.
In fact, now I hope you won't be able to take your eyes off the hands.
Share my pain, please.

Now onto today's game.
I swore I wouldn't fall for it, but I've been completely sucked in by the Bears.
Detroit can be beat (I can't believe I just said that), and 4 Ws in a row will be sweet.
Go Bears. 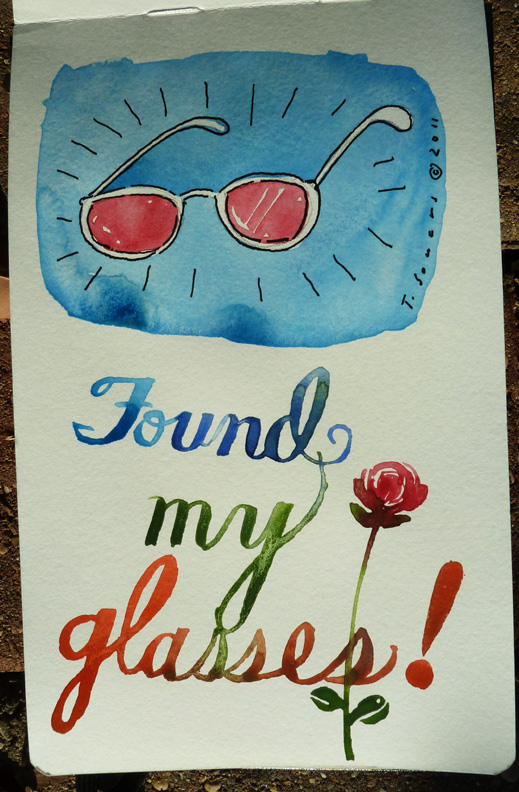 Remember last November?
That November in 2010?
Yeah, Thanksgiving was gonna happen and all that, but...
It sucked.
Why?
Because we had 2011 to look forward to.
Castro, Cashner, and Colvin!
That was the spin - pretty much all we had to hang our hope on, the Three Rooks.
We also had the same general manager and a general feeling of being trapped like rats.
Awful.

Now it's November of 2011.
At the risk of sounding like I'm wearing the rose colored glasses I tend to wear, man oh man am I excited.
This manager search, compare the feeling now to the feeling of having a newly-signed Mike Quade.
There's a world of difference, a world of promise and big things.
The weatherman isn't saying, "Cloudy skies with a lame duck overcast" any more.

Talk to a White Sox fan right now - lotta those guys feel like we did last year.
In fact, I've had fans of other teams come up and say things like, "Man, must be nice."
To be a Cubs Fan?

If the Cubs were on South Park

If you're a "South Park" fan, hopefully you get a laugh here.
Yeah, the collective dislike and bashing of Cub Suit Crane Kenney is pretty old news, but this cartoon just popped in my head.
Of course, it would be awesome if this gif had an accompanying story about Kenney actually being dismissed or moving on, but that didn't happen.

Why, the Cubs will interview Mike Maddux for their manager job.
Lets see what happens...