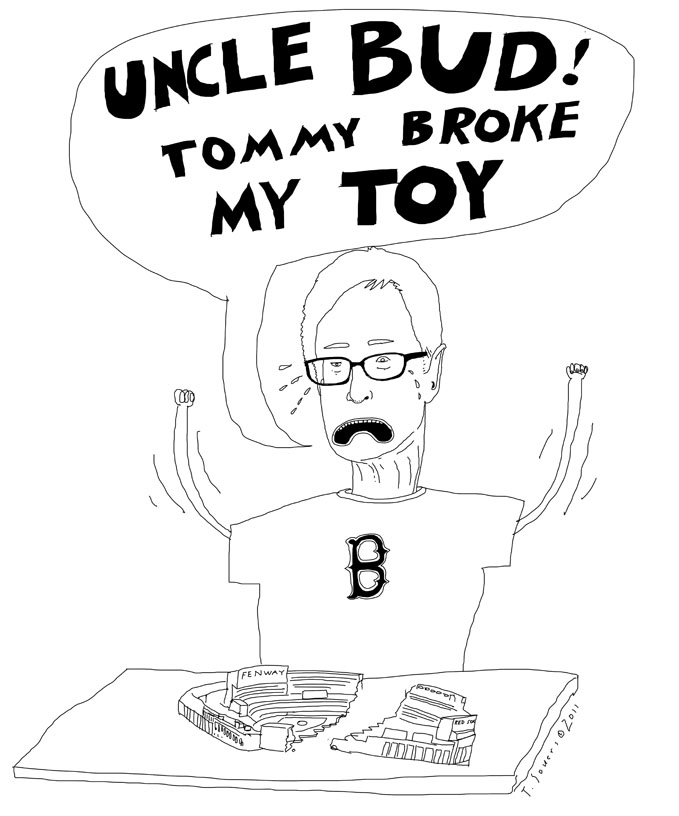 So it's come to this.
Apparently Boston Red Sox owner John Henry got mad and is further delaying the Theo Epstein to the Cubs deal because of "premature media reports"?
Sit back and put yourself in the shoes of one of the owners of the Boston Red Sox.
Your team gags at the end of the season and doesn't even get in the playoffs - the biggest slow motion choke in the history of baseball.
Your manager leaves amid rumors of pill popping and perhaps a lack of leadership.
You hear rumors your team was ordering Popeye's and drinking in the clubhouse during games.
And your general manager wants to leave what was just a couple years ago a world championship team and organization to go to the biggest loser franchise in baseball.

John Henry's not mad about any stupid premature media reports.
He's mad because his toy broke and he's lashing out.

So I heard that old faithful Bud Selig may go be the adult at the negotiations and save the day.

Whatever.
Honestly, I can't' wait to hear what the hangup turns out to be, and surely the Cubs won't be portrayed very well either.
My guess is it will be something unbelievably silly.

How long can the Cubs go without a head? 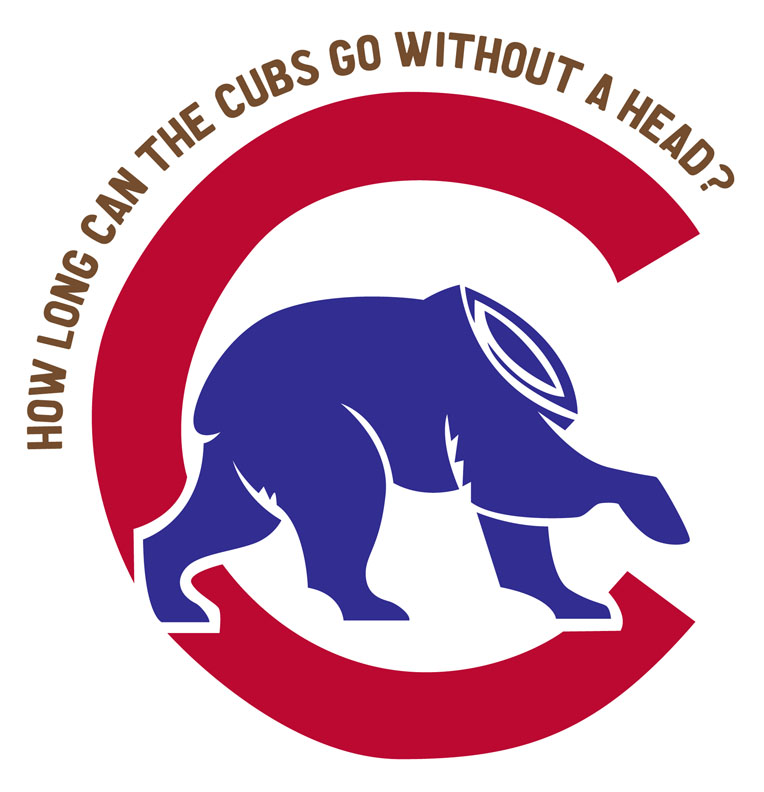 This is like waiting for Elvis, this Theo Epstein contract thing.
These negotiations are taking way too long, it's making me nervous and I don't care who the Cubs give up from their farm system.
Take somebody and give us Theo.

It can't be good for the Chicago Cubs to not have a gm for this long, can it?
It's like not having a head.
I know.
You could say they haven't for ohhhhh, 103 years now, but still.

Supposedly it'll happen by Friday.
I had to drive to a bunch of meetings yesterday - back and forth on the Ike in that crap weather so I listened to alot of Dan Bernstein, and that's what they seemed to be saying at the Score.

So, you know, hopefully they're right.

Okay, the St. Louis Cardinals beat the Texas Rangers last night when some guy named Ethan Allen or something got a pinch hit that drove in the winning run.
Allen Funt?
Allen Greenspan?
No.
Like, a guy you never heard of.
Whatever.
How the Cardinals stay this charmed for this long is beyond me.
They weren't even supposed to be in the playoffs.
Now they're up one game to nothin' in the World Series.
Revolting.

HURRY UP, THEO!
WE'RE ANXIOUS FOR THE REVOLUTION TO BEGIN! 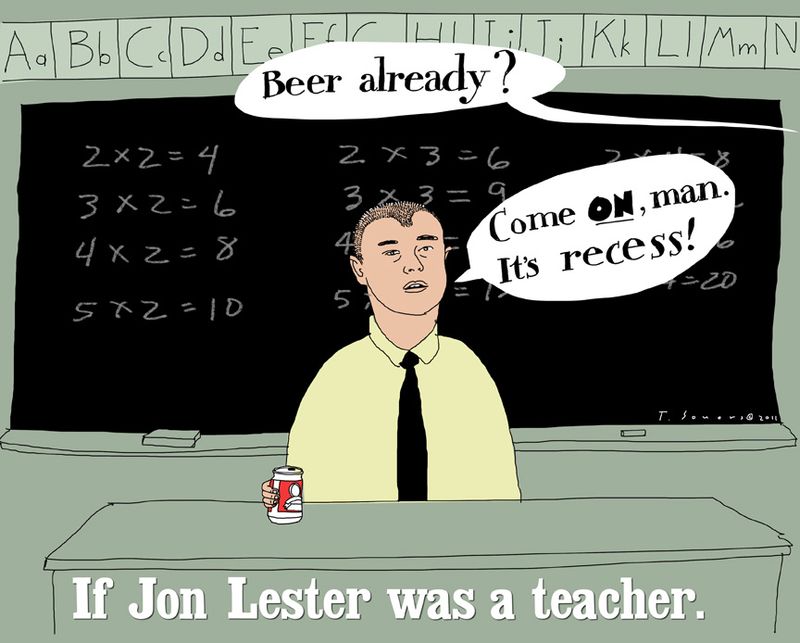 I guess Jon Lester is trying to clear things up about the Red Sox clubhouse.
From what I gather, you can hang out there late in the game rather than the dugout and get a beer and maybe some Popeye's.
Here's an article by Peter Abraham of the BOSTON GLOBE.
My favorite Lester line in here is in response to being accused of being a follower of Jonathan Papelbon (maybe Papelbon's got a reputation as a not so good influence or something? I don't know.)
Okay, here's Lester: "I'm not a follower. I'm a grown-ass man..."
That sounds like a man sitting firmly at the head of the grown-up table, doesn't it?

Anyway, whenever an athlete tries to come clean about something, it usually makes it a bigger mess.
Why do agents get paid?
Well, to get good contracts for their clients, but I would also imagine to help take care of PR problems like this one.
Actually, it might turn out to be more than a PR problem.
I guess there's beer allowed in lots of clubhouses around baseball.
Personally, I don't think that's the biggest deal in the world, but lets watch and see what happens now.

The Brewers of MILWAUKEEE. With 3 Es. 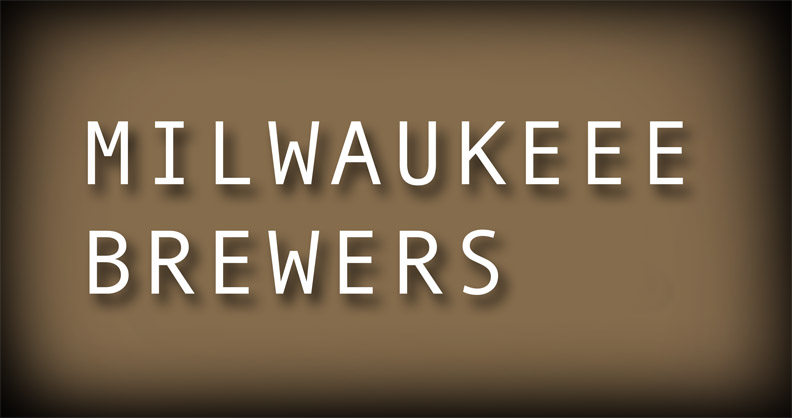 That was one crazy Keystone Coppin', Three Stoogin' performance by the Milwaukeee Brewers last night.
3 more errors.
Yeah, with all the runs the St. Louis Cardinals scored maybe it didn't really matter, but Cub Fans are pretty familiar with the art of the E and know that it usually leads to an L.
So it turns out that the Cardinals are going to the World Series to play the Texas Rangers.
The Cardinals.
Weren't they 10 games out about a month ago?
How in the hell?

We were at the Bears game last night, and in that United Club area at Soldier Field, there are about a million televisions.
One of them had baseball on.
The smallest screen of them all.
We were walking by it and Carlson goes, "Brewers up 4 to zero."
But I'd just gotten new glasses, so I could see the zero was actually a 6.
THE CARDS ARE UP 6-4 IN THE 3RD?
This I did not expect.
They proceeded to score 3 more that inning.
Obviously when you're at a Bears game, you don't hang out watching tv inside somewhere.
But at the half we crowded back around the tube to see some Brewer make a throw home and whoever was running for St. Louis knocked Brewer catcher Jon Lucroy's mitt out of his hand and scored.

Meanwhile, the Bears... well lets just say the Minnesota Vikings are about as terrible a team as I've ever seen and the Bears couldn't have gotten them at a better time.
Favorite play?
When Viking QB Donovan McNabb was running for his life, trying to get away from Julius Peppers, and Peppers just shoved him to the ground.
McNabb's ears had to smart because he didn't hear the crowd roar.
Instead, he heard an entire Soldier Field erupt in laughter.

Anyway, we may have seen the best Bear performance of 2011.
Lucky to have been there.

Last thing.
I go to get new glasses.
I'm trying on pair after pair.
Finally, I find these Oakley's which have this rubberized part that goes behind your ear, and the rubber kinda sticks so the glasses don't fall down my nose.
Awesome.
I choose them.
Now, when you're trying on glasses, you take your old glasses off and you look at your reflection without a working lens, right?
When I was inspecting them, I also didn't have glasses on because I'M TRYING THEM ON.
So I come home and go, "So, what do you think of my new glasses?"
My daughter starts laughing hysterically.
"What?" I ask.
"Dad, they have lightning bolts on the sides!" she says.
I pull them off to look and of course still can't see the bolts BECAUSE I DON'T HAVE MY GLASSES ON.
Anyway, I apparently have glasses that have lightning bolts on the side, and they cost a freaking fortune and are supposed to last me a year.
Just fabulous.

How do Cub Fans keep sane during this NLCS? Go to Jake's Pub.

What's a Cub Fan to do?
It's the St. Louis Cardinals vs the Milwaukee Brewers in the 2011 National League Championship Series.
Seems like this painful display has been going on for weeks, and what's worse is the games have been pretty good.
Why do we hate St. Louis so much?
Because they're always good.
At baseball.
What about Milwaukee?
Well, they'll probably lose Prince, but they look kinda loaded for years.

At least each time they play in this series, one of 'em loses.
And they've been doing a good job of alternating those losses.
But suddenly it's getting to the end, and I've recently come to the revolting realization that the NEXT THING is about to happen.
Like, if the Brewers lose on Sunday, that means the freaking Cardinals get to go play in the World Series.
Or if the Cards lose the next two games, then it'll be the Brewers...

Well, at least we have Theo Epstein, right?
And there's always Jake's Pub over at Clark and Oakdale, just waiting with it's awesome beer selection and fabulous pool table.
I might just have to go see how straight his sticks are.

Epstein negotiations: what is Theo telling Tom to say? 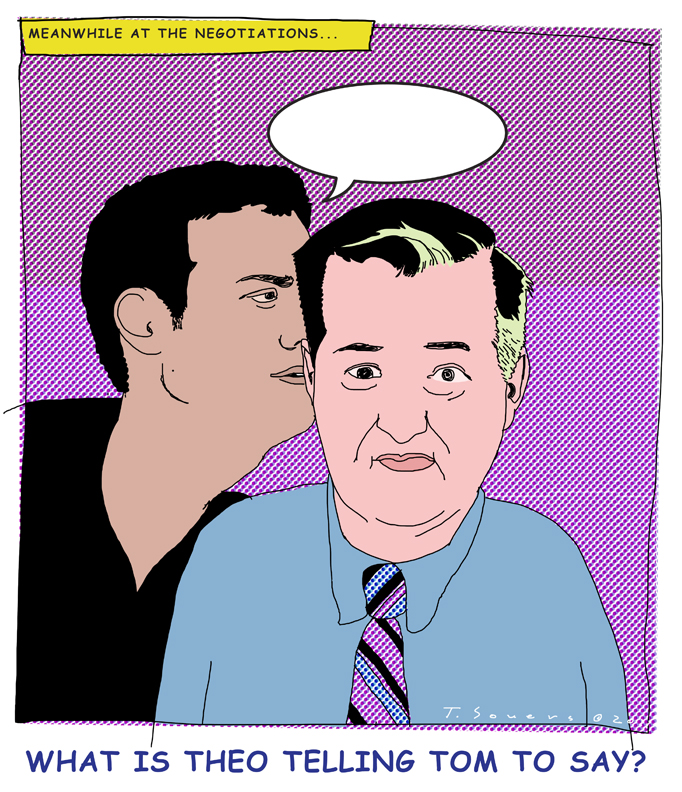 I guess this Theo Epstein move from Boston to Chicago is a done deal, but it won't happen til Boston owner John Henry and Cubs owner Tom Ricketts agree on Boston's "compensation".
Surely Theo is whispering in Tom's ear.
I mean, Theo's got a concern over what might transpire here, right?
What's Theo whispering?

"McNutt's got a big upside, keep him."

"Why are you trying to offer Trough Technology?"

I have no idea - you fill in the talk bubble.
I love the idea of Brett Jackson, but you know, had Starlin Castro not turned out to be so amazing we'd all be thinking Brett could be Felix Pie, right?
So big deal if he goes.
On the other hand, what if Jackson keeps developing and turns into a legit stud?

It's tough to think about right now, who might go.
And if the Cubs win out, it'll only be cash anyway.
But getting Epstein, that's the true prize here, guys.
Whatever happens, it'll still be good.

So the Brewers beat the Cards in St. Louis so they're even at 2 games, and the Tigers avoid elimination, beating the Rangers in Detroit.
I was too busy to draw anything, but yesterday would have been Regular Fan doing a little dance next to
that pixie Jose Valverde.
SO happy to see him gag up the 4 earned runs and drive his era up to 8 something.
I mean, I like former worthy opponent (as a Pirate) Jimmy Leyland and everything, but Jose ruins the Tigers for me.