« Balls to the Cubs, lets go fishing. | Main | The Cubs seem to like the small stage. » 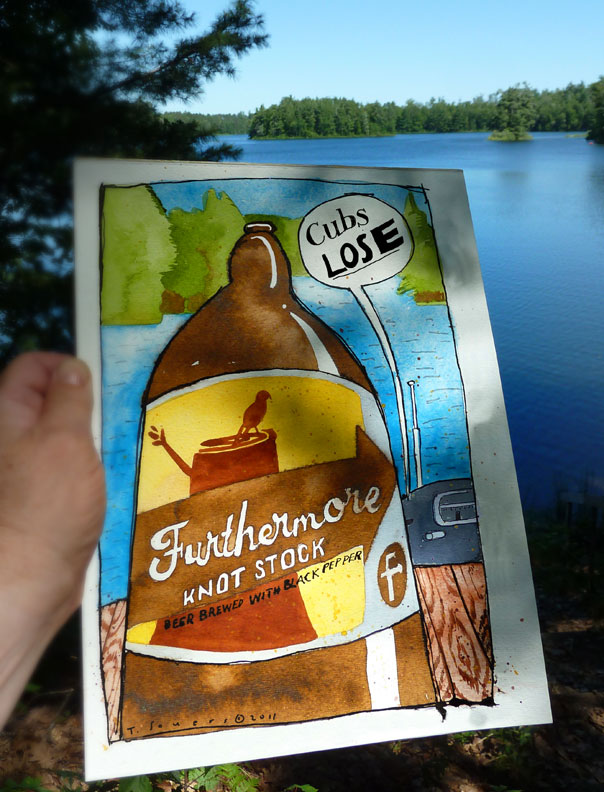 You guys know I'm a Bud guy, right?
In the fridge all the time, but it's good to taste around too.
So, they have these grocery stores up here called Trigs, and the thing that's SO cool about Trig's (compared to say, Jewel) is that THEY HAVE A REALLY REALLY AWESOME BEER SELECTION!
I bought this beer, "Knotstock" by the Furthermore brewery, by accident.
Actually, I bought it because of the cool graphics on the six-pack, and never noticed the "beer brewed with black pepper" on the label til after I tasted one.
Kinda shocking when you first taste it just expecting beer taste.
But I SWEAR this is such an amazing, refreshing, different beer experience I had to do a painting.
Apparently you can only get it in Wisconsin, so if you're ever up here you have to give it a try.
Luckily, I couldn't get the Cubs game on the radio because I read this morning that they got swept.
Casey Coleman must have done okay with 6 strikeouts, 3 walks, and 3 runs (remember, the Brewers are just ridiculously hot right now so those are pretty darn good numbers).
And I see Aramis Ramirez cooled off for the day, not surprising against Zach Grienke.
Losing just 2-3, at least it was a game, eh?

Meanwhile, on the musky trail I got nothin' but a nice sunrise. Caught one bass, tho. 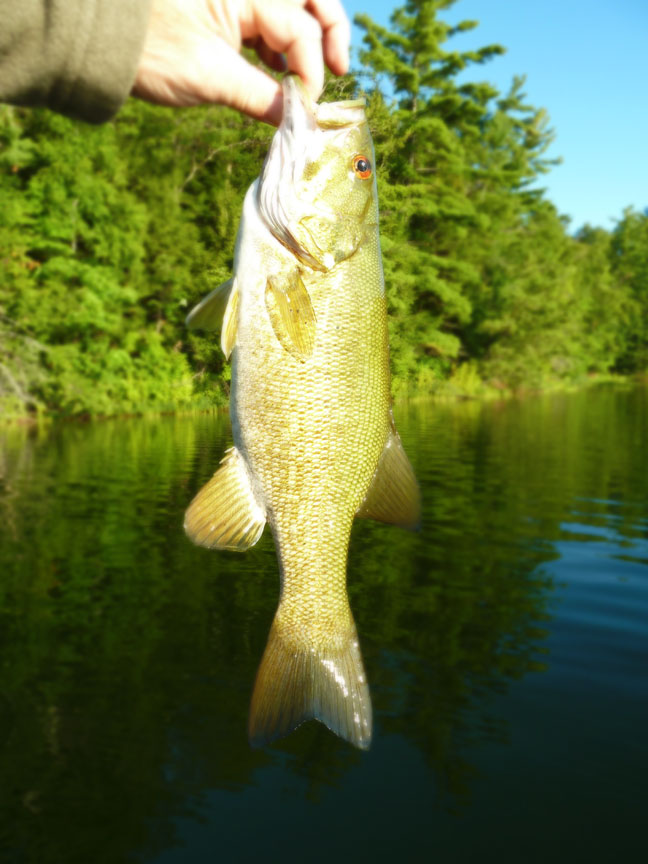 And last night we met some friends at this restaurant called "Renee's Back Bay Cove".
They have amazing little places to eat around here out in the middle of nowhere, and I had a NY strip that was Ditka's-worthy, only about $40 less. 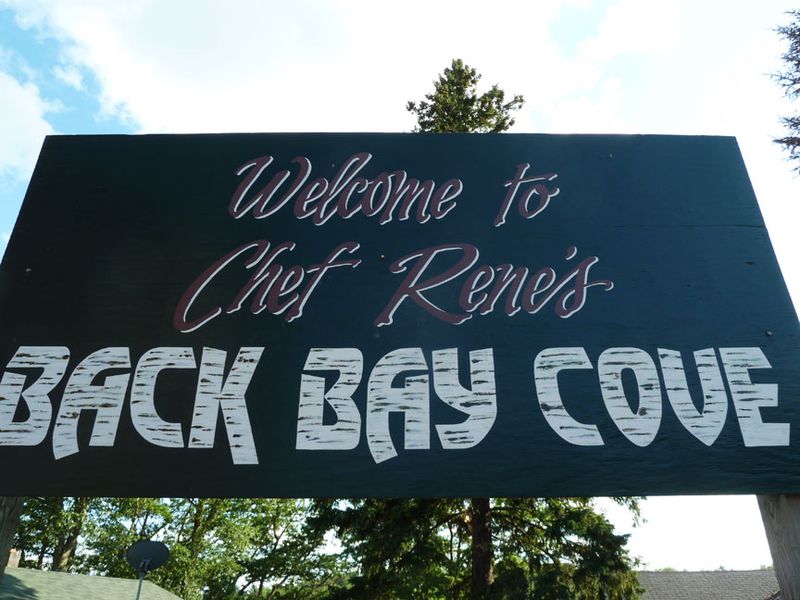 I don't even know who the Cubs play next, but I am looking forward to September Callups.
Think they'll bring up Brett Jackson?

Lastly, in case you can't tell from the painting, here's what Knot Stock actually looks like. 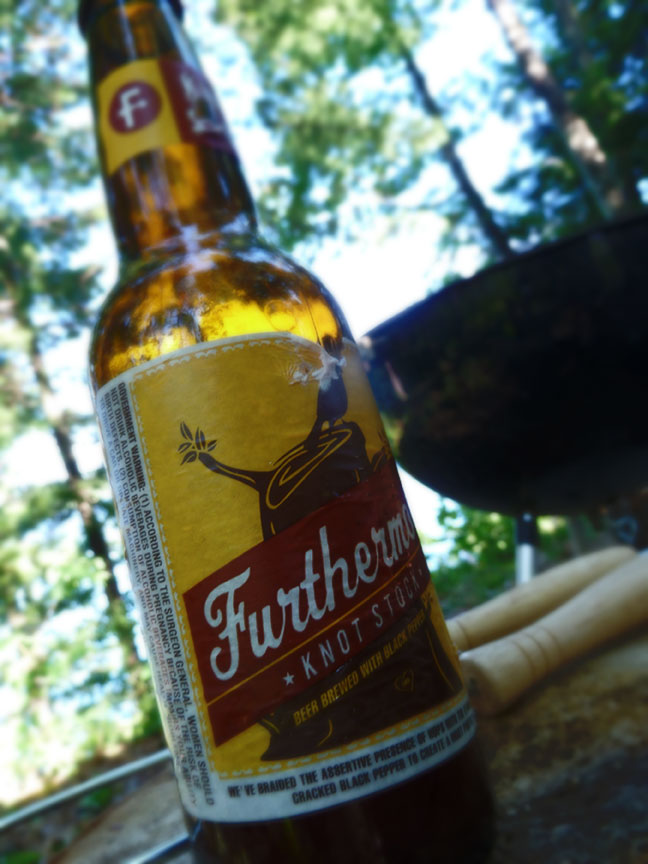 The key to how great a beer (or wine) tastes is WHERE you drink it, WHO you drink it with, and WHAT you're doing while you drink it.

You just hit the trifecta!

And this could be the year to end the great Souers walleye curse. But keep in mind that the best way to end a curse may well be to no longer give a shit about it!

You're really going to tease us like this? Tell us about this amazing, refreshing, different beer that we can only get in Wisconsin? Curse you and your big fish!

If your favorite team is the Cubs and your #2 choice is the Diamondbacks (I live in AZ now)...last night was the best day of the 2011 baseball season!

The Cubs kicked the Giants asses and beat Tim Lincecum at SFO. And the Diamondbacks kicked the Rockies asses at Chase Field to take a 5-game lead.

Maybe next year our Cubbies can copy the D-backs and go from last (almost) to first. It'll be under a different management team if it happens.

And the Giants appear to be folding their tent at the same time, Bud.
Not bad for AZ.