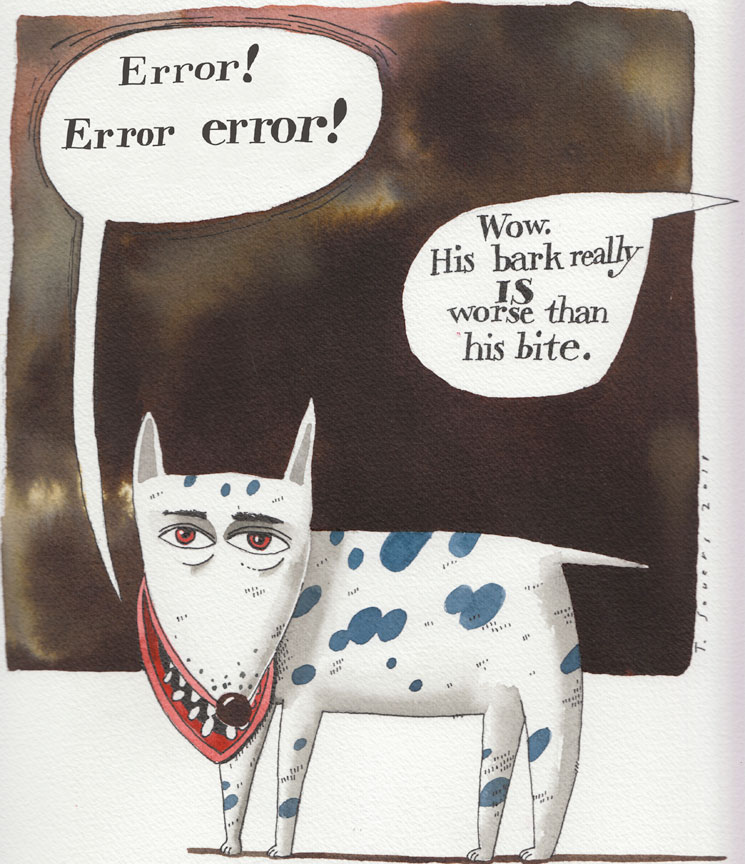 Error is a pretty bad word when it comes to the Cubs.

Right now the Chicago Cubs are leading the NL with 110, which is 12 ahead of the Houston Astros' 98.
We knew we'd get an extra dose with kids Starlin Castro and Darwin Barney manning the middle of the Cubs infield.
And for the most part, so what.
But Barney's couple of E's yesterday was pretty painful, especially the one that allowed 2 runs to score.
Ouchee.

Ah, even though none of these games matter, it would just be nice to beat the Brewers.
Give 'em a little pause in the way they think of themselves, because they've got to be thinking, "Damn we're good."
Where these games do matter, though, is who's gonna play where next year.
What's the team going to look like?
Who knows, but as much as I love Darwin Barney for his winning past and attitude, if the Cubs were really good then he'd be the backup guy and they'd have somebody who hits with more power starting at 2nd.
I also still think Castro's the shortstop.
Texas has a shortstop named Elvis Andrus with 25 E's, otherwise Starlin would lead shortstops in all baseball with his 22.
But I hope they keep him there and he "matures".

I see they've got Andrew Cashner throwing in the minors with the hopes of getting back up to the Bigs this year to (I'm quoting the Trib here) "hoping he can pitch a few big league bullpen innings after rosters can expand Sept. 1 so he can spend the winter with a clear mind."
A clear mind?
How's about a healthy shoulder?
I don't get that at all - I'd be treating him with kid gloves and keeping him away from Chicago til next year.
If he comes up here and dings his shoulder again?
Disaster.

Okay, Dempster/Gallardo tonight, should be good.

Should be, but it wasn't.

My understanding is that Castro's error rate has been much lower since the All-Star break. Too bad Barney has taken up the slack.

Seems like Soriano has been playing well lately. Showing ability and hustle and alertness...it makes me sad that he can play like that but did not do so until the season was lost.

I think no Jim Hendry lit a fire under Soriano somehow.
Hes got to have some kind of ego, right?
Imagine sitting on the bench and making the kind of cash he does.
That would be galling for him so, maybe hes got some juice left we dont know about.

I've often wondered about the ego thing. I understand slumps, but the seeming lack of effort has always been a mystery to me.

Since we're stuck with him for three more years I would love nothing more than to see that juice for the entirety of at least one of them!!