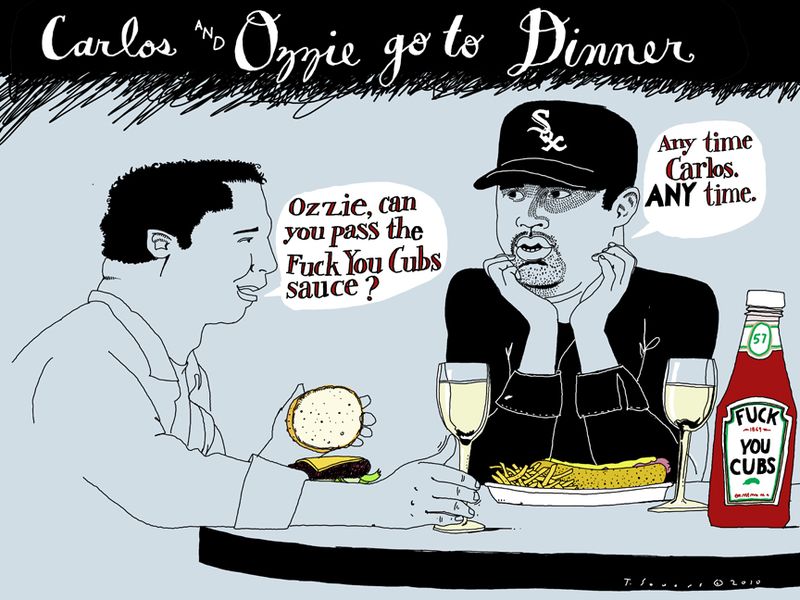 So, I can understand the sudden, out of control, spontaneous burst of emotion that shot out of Carlos Zambrano in the dugout in game one of this Sox series.

I took that to be a season-long's worth of frustration that came pouring out.

But a conscious decision to go have dinner afterwards with Ozzie Guillen, even if it was planned before-hand?

I apologize for my language, but how much more clearly can Carlos say, "Fuck You, Cubs"?

The Cubs lost by the way.

It'll be so awesome to go to work on Monday and hear about all this crap from the Sox guys in the hallway.

It's kinda stormy out today, which is appropriate, and we'll see our 24-man Cub team and Ryan Dempster take on John Danks.

What a colossal, steaming pile this whole situation is, and we'll just have to see what happens.

We didn't get swept today and we actually got some hits. Let's hope this is a sign of good (or just better) things to come!

Hi Donna,
It's going to be so nice to do a non-negative post tomorrow!