« Dodgers up against the wall. | Main | Watching the 9th inning of game 5 in an Angel bar »

Rudy Jamarillo may be an answer for Lou Piniella's eternal question. 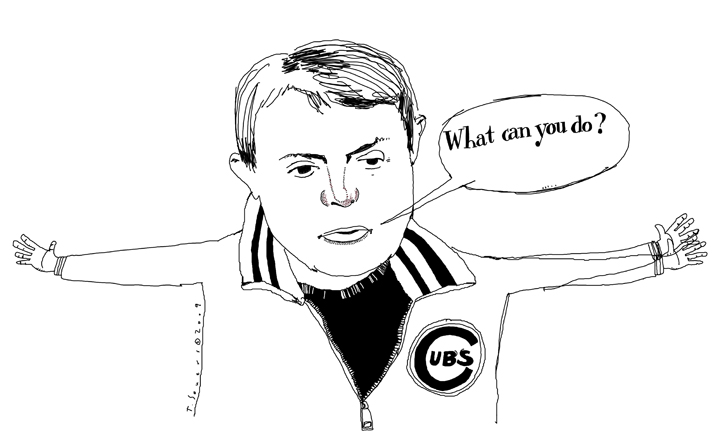 How many times did we hear Lou Piniella use this question as an answer last season?

If I recall, it was about 5 times a day.

"Lou, why can't Soriano lay off that outside pitch?" "Lou, is Kosuke ever gonna stop that corkscrew swing?" "Lou, how long will Aramis be out?" "Lou, didn't Milton Bradley hit like a monster last year?" "Lou, is your zipper down?"

I think lots of people thought he was dodging stuff, but I empathized with him. For the most part, pro players who weren't doing what they did in the past - namely hitting - what can you do about that? I told you about the last Cub Convention when the angry fan asked then hitting coach Gerald Perry why he wouldn't tell Soriano to lay off the pitch that's 10 feet outside. And Perry, clearly exasperated, said, "YOU tell him." Which translated into of course he's been trying to get Soriano to lay off that pitch but the guy just can't do it.

If he's even 1% of the answer to "what can you do?" then I applaud this signing loudly.

For the most part, the Cub lineup is signed thru forever and these players ain't going anywhere. So the trick is to take these old dogs and learn 'em. Will Soriano listen? Can Fukudome stop screwing around? Can Jamrillo help Theriot to find the approach that he really ought to have? Is that home run guy still lurking in Geo Soto's body?

But I gotta say, I like this move at this time of year about a billion times more than, "we need to get more left-handed."

Okay, the Phillies destroyed the Dodgers last night, and you know what? It just might be a compelling World Series after all. One worth watching. I really like that Jayson Werth guy, Ryan Howard seems comfy on the big stage this year, and the Philly pitching is pretty cool to watch.

I could happily watch these guys beat the Yanks.

Then maybe we can see if Jim Hendry can help out a little bit with Lou's question.

I like it...he's been around forever, worked with some good hitters and helped revive others careers, and also, he speaks spanish fluently, which I think will help tremendously! Maybe now Soriano will understand. We can only hope right...What else can you do?! Lol...

It's nice how that question works for pretty much anything.
I don't speak Spanish, but what can you do?

The question that I can't answer is: "Who's the boss?"

Consisder if you will...you're a super-stud, mega-wealthy big-league ballplayer and some ol' coach with a great rep comes along (making 1/20th of the bucks that YOU make) and he makes a suggestion like "hey Alfonso, try a lighter bat".

What happens next if Fonsie says "es no posible, senor!"? Who wins?

I mean, how do you punish a guy making $15 million or so with a guaranteed, no-trade contract?

What does Rudy do if Mr. Superstar goes out tomorrow and hits a couple HR's with his old swing, or his heavy bat, or whatever?

I gotta believe these "batting instructors" are there for the impressionable kids. Maybe Geo and Ryan are still open to suggestion. But I doubt that he'll fix Fonsie's fishing expeditions for sliders off the plate.

And if I read one more hint that "Rudy worked well with Milton Bradley" I'll vomit.

And while I'm on a rant, let's change sports for a second. I have one simple request for the Bears defense this weekend:

The thing is that Rudy already worked with Fonzy also. They know each other well, and Fonzy put up good numbers too...so I'm not losing all hope just yet.

Haha...true...maybe I'll start using it more, like a way to excuse myself...

Bud, it's been a long travel day.
Did Cedric come out today and recant anything?
Man, I'm getting to the point where I could care less if a guy's got great numbers - if he's an asshole I just don't want him around.
Milton is on another planet of asshole, by the way.
Cedric, he's just your basic...