(Note: Even I am sick of this curse thing and know better than to spread talk about it, but this is a new twist. Plus, the painting turned out pretty cool.) 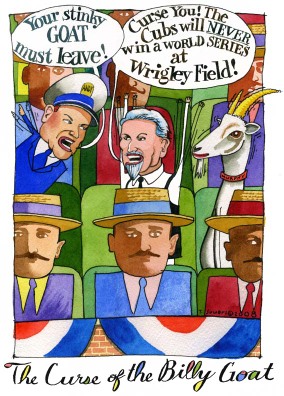 You all know the story.
1945 World Series vs. Detroit, Billy Sianis brings goat, rain delay makes goat wet and smelly, Phil Wrigley has Andy Frain toss goat, Billy puts curse on Cubs, Cubs losing continues...
You can google it.
Here are the first three that come up:
Wikipedia says: "Sianis was outraged at the ejection and allegedly placed a curse upon the Cubs that they would never win another pennant or play in a World Series at Wrigley Field again.
The Curse Of The Billy Goat says: "...furious over the ejection and placed a curse on the Cubs that they would never win a National League pennant or play in a World Series game at Wrigley Field."
The Year Of The Goat says: "...man and goat stood outside Wrigley Field and Sianis raised his fist, shouting "The Cubs no win here no more!"

Whatever he actually said (if at all) is up for debate, but the consistent thing in the story is the part about Wrigley Field.
That the Cubs would never win a World Series at Wrigley Field.
The logic for the curse being lifted is simple: if the name "Wrigley Field" changes, the curse is irrelevant, and the Cubs are now free to win a world series.

So Curse-Believers, you just gotta hope the name changes even a little, and then you can pretty much skip to 2009 because this year the Series is in the bag.

And for Non-Curse-Believers, I guess lets hope for brilliant baseball and maybe Brian Roberts and Coco Crisp to wander over here.

Lastly, a shout-out to Red Sox fan John Hart, who walked into my office with a big smile and said, "I know how the curse will be lifted..."
Thanks John.

Carlos Z is the Cub's Heavy 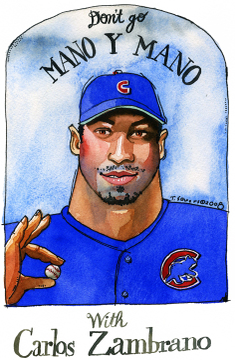 I wish I had a deal with MLB so I could make legal t-shirts, because I would love to wear this one.
Through all the Big Z years, I have totally believed this about him.
Do not mess with Carlos.
Besides just being a giant man with a frightening fastball, he's kinda crazy - the absolute best kind of combo.
And as somebody on LOHO pointed out, he's got absolutely no filter when he opens his mouth.
Lastly, he's looking really good this spring.
Here's hoping that for the first time ever he comes screaming out of the gate and starts winning in March.
God, that's only 13 days away!

Anyway, I did pretty much this same Carlos painting years ago, but I can't find it.
A Chicago music house, Earhole, is having an art show.
I'm gonna put a few pieces in there, so I had to re-do this one. 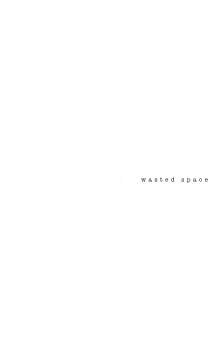 If you've ever parked in the alleys around Wrigley, you'll know exactly what this is about.
It means you have a lack of foresight and common sense, and are ignorant in the ways of public transportation.
Of course, that would include me.
Almost every game I drive to, I park in the same alley - the one off Waveland closest to Bernie's.
The little Old Timer in the painting - he's always standing there with his charming little sign made out of a wooden breadboard.
Just a nice little old guy, right?
Well, no.
He's a thieving Leprechaun.
Little bastard's been taking my money for years.

You ever see a guy hit a ball as hard as Thome hit that one off Neal Cotts?
Almost blew out my speakers, that smack.
Dammit Neal, I'm pulling for you because of your Belleville roots and (despite yesterday) you've got some talent.
So figure it out or you'll be back in Khoury League. 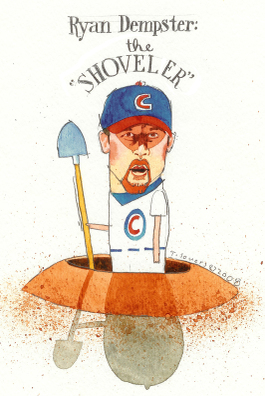 When you think about it, there are really only a few guys who aren't shovelers.
Guys with I'm not kiddin', for real, honest-to-God command.
Of the Cubs, the only recent one I can think of is Greg Maddux.
But for most pitchers, it seems, pitching is a series of digging holes and getting out of them, digging holes and getting out of them, digging...
The 1-0 count?
Hole.
Men on 1st and 3rd with 1 out: big hole.
Giving up 6 runs in one inning: Journey To The Center Of The Earth.
I like Ryan Dempster.
He's funny, doesn't hide from anybody when things are tough.
But he's really a shoveler.
After this last performance, I figure Ryan's still down at the bottom of that giant hole.
So GET OUT OF IT, RYAN.
You're the freaking 3rd starter.
Quit freaking me out. 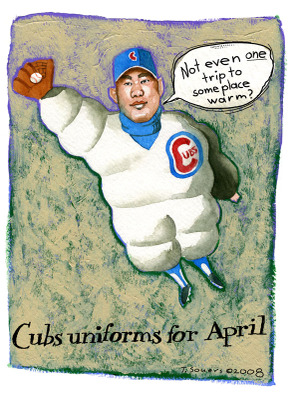 I don't know if you've noticed, but in April the warmest place the Cubs play just might be...Chicago.
Lets see: Milwaukee, Colorado, Pittsburgh, Philadelphia, Cincinnati, and Washington.
These are not places you and I will go to get a tan, but rather places that Kosuke Fukudome might wish he had this nifty looking uniform.
Why do you think Lou's making a big deal about moving Soriano down in the order?
The answer would be quads.
Maybe we are getting Roberts, I don't know.
But if not and we end up with Theriot leading off, well, blame it on the schedule.
I'll also say that if we get through April without a semi-significant injury I'll be totally amazed.
(I'm managing my own expectations so that if it happens I won't have a heart attack).