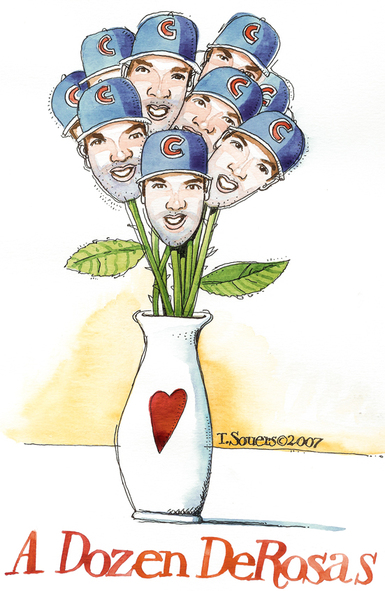 Here's a little about Mark Thomas DeRosa, new Cub 2nd baseman: He came up in 1998, he's a career .273 hitter with 193 RBIs and 449 runs scored, he's stolen 11 bases and been thrown out just as many. Last year was by far his best - he hit .296, had 40 doubles, and scored 78 runs.
He's getting 13 mil for 3 years, and he'll probably bat 2nd.
I never heard of him before the Cubs got him, but there's nothing unusual about that.
Pitchers and catchers report this Wednesday, which warms my Chicago-frozen heart.
Happy Valentine's Day.